Have there been any instances of US states trading land, not related to the creation of a state?

Have there been any instances where one US state has exchanged or ceded land to another US state, subject to the conditions below? If so, what led the exchange?

I couldn't find any examples in a quick look over the wikipedia page on territorial evolution of the US, but perhaps I missed something or the page isn't comprehensive.

Edit: Perhaps these conditions seem arbitrary, but I'm looking for any cases where, for example, land was exchanged for money or other land which is mutually beneficial for both states, without explicitly limiting myself to those circumstances. This question was influenced by reading about the Toledo War where Michigan gave up the Toledo strip to Ohio in order to gain statehood, but got the upper peninsula from congress in exchange. Maybe there were times when already incorporated states had similar land gain?

Ellis Island, part of New York State, was expanded significantly over the years by fill. There was no problem with the original demarcation or surveying, but the water surrounding the island was within New Jersey, which claimed ownership of that reclaimed land. The Supreme Court eventually ruled that New York had jurisdiction to the original island and New Jersey to the fill land. The states then made a voluntary agreement to draw a borderline, i.e., to identify the territory to be ceded to New Jersey. New York had to abandon its claim to the fill, including the entire perimeter. The cession was a significant 22.8 acres. 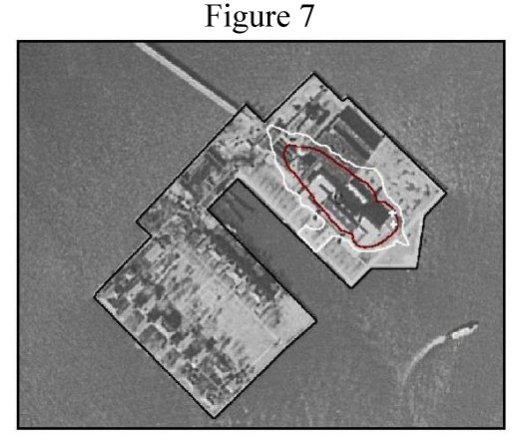 The Wikipedia article on West Virginia makes it appear that Berkeley and Jefferson counties were not originally part of the state and subsequently (but in quick sequence) asked to be annexed to it, which was allowed. Whether this counts as a "voluntary" transfer from Virginia to West Virginia will depend on your perspective on the Civil War. Also, the Wikipedia article is ambiguous. You'd have to do a bit more digging to see if this was really a post-WV-statehood transfer.

Two major land changes that don't quite meet your criteria but that did have a significant impact on long-standing state borders are the Platte Purchase, which added over 3,000 square miles to Missouri 16 years after it became a state, and the reversion to Virginia in 1846 of the District of Columbia west of the Potomac...only 31 square miles, but a very important 31 square miles.

Not the answer you're looking for? Browse other questions tagged united-states geography border or ask your own question.

9
Does O Henry's story “Georgia's Ruling” describe history?
10
Was there anything like an African-American architectural style or symbolism at the beginning of the 20th century?
1
Which attempts to create or revise states resulted in action?
14
What are some examples of US states warring with one another?
2
The history of US land grant universities and interpreting the Morrill Act
43
What did the Emancipation Proclamation exactly do?