Has the training of Russian troops improved since 1989? [closed]

Recently, USA has excluded Pakistan from military training list. On the flip side, Pakistan has signed an agreement with Russian Federation for the training of its officers. My personal assessment is, this is a degradation of Pakistan's prevalent status. Pakistan army played a key role in Soviet-Afghan War of 1989 and helped the USA to defeat (arguably) Soviets. Pakistan military has a history of obtaining a large number of Sword of Honors from the Royal Military Academy Sandhurst. Pakistan military officers were also providing training in the same academy.

Did USSR's defeat in the 1989 Soviet Afghan War have anything to do with the quality of training of soldiers and/or officers?

If yes, has there been any relative improvement in the area of training and strategic planning as compared to NATO since then? Has Russian Federation been able to fill relative the gap?

Question: Has the training of Russian troops improved since 1989.

Likely So. The Soviet Union was on it's last legs financially in 1989. 3 years into Gorbachov's Perestroika ("restructuring" the Soviet's stagnated Economy) campaign. Their Military budgets were contracting. 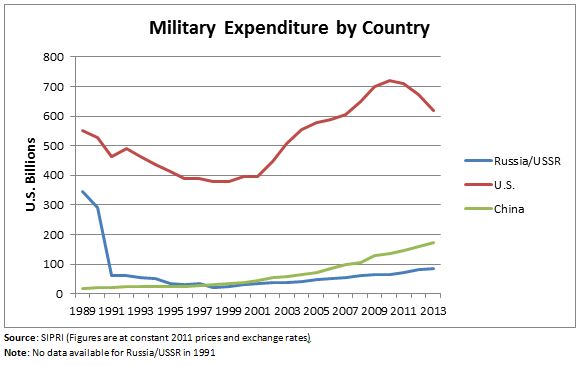 They were no longer able to compete successfully with the west in military spending. It would all collapse in a muffled implosion in 1991 when the Soviet Union would disintegrate and Boris Yeltsin would be sworn in as Russia's first President. In 1989 the Soviet doctrine was to mass troops and equipment. To bring overwhelming numbers. That meant really large numbers of men under arms, and supporting a lot of equipment which was outdated. Stalin once reportedly said, Quantity has a Quality all it's own

Assessing Russia’s Reorganized and Rearmed Military (2017)
First, in terms of equipment, experience, attitude, confidence, and more, the Russian military is a radically different force from the one that began the process of transformation in 2008.

NATO Would Be Totally Outmatched In A Conventional War With Russia
In the immediate aftermath of the Cold War, the Russian military underwent a significant reduction in force and capability that transformed it into a shell of its former Soviet-era glory. Both the 8th Guards Army and 1st Guards Tank Army were disbanded, their component units either suffering a similar fate or reorganized into smaller brigade-sized elements reflecting the reality that Russia, like the United States, believed large-scale ground combat in Europe to be a thing of the past; casting the Russian Army circa 2008 as a “near peer” opponent would not have been a flawed assumption on the part of the American military.

Soviet interceptor pilot and defector Viktor Belenko told the west in 1976, that he spent about a third of his training (classroom time ) in political indoctrination classes. He also said that as a pilot and Russian military officer, he was expected to spend weeks at a time annually harvesting Russian crops on communal farms.

What Scares China's Military: The 1991 Gulf War (2014)
In 1991, Chinese military officers watched as the United States dismantled the Iraqi Army, a force with more battle experience and somewhat greater technical sophistication than the People’s Liberation Army (PLA). The Americans won with casualties that were trivial by historical standards.

This led to some soul searching.

Was the Russian Military a Steamroller? From World War II To Today(2016)
In quantitative terms, Russia today is a shadow of its imperial and Soviet predecessors. Russia still has a lot of tanks — 15,000 to 8,000 for the United States, nearly a 2: 1 advantage. However, the United States has superiority over Russia in most other areas: total aircraft 3.8:1, total naval assets 1.2:1.

Question: Pakistan army played a key role in Soviet-Afghan War of 1989 and helped the USA to defeat (arguably) Soviets.

As far as the Soviets go I would argue the United States army played little or no role in that war. Rather it was the CIA, US Congressional and Saudi Arabian spending and Pakistani logistics and intelligence which aided the Afghans in that war.

Question: Did USSR's defeat in the 1989 Soviet Afghan War have anything to do with the quality of training of soldiers and/or officers?

Probable. The Soviet Military was primarily trained to do battle in a European war against NATO. I don't think they were especially well prepared for Afghanistan. I think Afghanistan is an incredible difficult terrain for any invading force, and the Soviets could have been better prepared and trained. Then Again the United States didn't fair much better militarily. The US experience was moderated by their less ambitious goals and better strategy to control Afghanistan. The US widely used the checkbook rather than the sword in their Afghan war. The United States never seriously tried to control the countryside, as the soviets did.

Question: If yes, has there been any relative improvement in the area of training and strategic planning as compared to NATO since then? Has Russian Federation been able to fill relative the gap?

If the question is, is Russia's military training and equipment better off than it was in 1989, then the answer is likely yes. Likely because nobody really knows how good their military is until they use it. But Russia's military is smaller today than it was in 1989. Smaller means they can afford to spend more money on training their troops. It's expensive to maintain huge numbers of active duty military personnel and that expense is often credited in limiting the training for such forces in the old Soviet and old PLA's models. Russia's best equipment is often newer and as good or better than the West's. But that doesn't really tell the entire story.

If the question is, is Russia's military training and equipment better off than NATO, then the answer is likely not. NATO is made up of 29 countries who have organized their militaries to complement each other and fight together. NATO has a wide disparity of competencies in its member nations approach to defense. Given that NATO has several countries who spend on the same magnitude as Russia. Britain($45 billion) and France's($36 billion) for example combined defense budgets from 2017 outspent Russia in defense spending by about 15%. Individual both have likely outspent Russia over the last decade in defense spending. Then of coarse you have the United States which in 2017 outspent Russia by about 10-1 or $639 billion dollars. United States defense spending is increasing yet again in 2018, and Russia's defense spending will contract for the first time since the early 1990's in 2018. The reported US defense budget for 2018 ($716 billion). A lot of that goes to equipment, a lot of it also goes into training.

While Russia's best equipment is comparable or even arguable superior to Western military equipment, the real tale is told with expenditures. The Russian economy does not allow Russia to spend on the scale that would allow it to field enough of that new equipment to really challenge NATO.

My understanding is that, after its 2008 invasion of Georgia and lackluster tactical performance, Russia critically examined a lot of its doctrine, equipment and troops. I assume some level of better training has followed, certainly procurement is known to have been focussed on.

How that will play out with training Pakistani forces is another story.

More information in this PDF, training considerations are addressed near the end. But since this report came out only 2 yrs after Georgia, it's more in needs-to-be-done category than assessing what was done.

Googling for "Russia military reforms after 2008 Georgia" should give you plenty of reading material.

As to the Soviet defeat in Afghanistan, certainly the USSR had a number of deficiencies in its operations there, and training would likely have been a major one (training and morale are huge and often overlooked military factors). But better training, on its own or even with better equipment, would probably not have succeeded in imposing a foreign mode of government on Afghanis, as 17 years of NATO efforts without clear success to date demonstrates.

Last, Russia military organization (inherited from USSR) apparently doesn't give put emphasis on the NCO component. Western armies have privates - NCOs - Officers. NCO, being older and often veterans, contribute significantly to tactical military effectiveness when both privates and frontline officers (Lt, Cpt) can be expected to be quite young.

9
Who was the first Russian in space (not Soviet)?
12
What was the role of the Russian Orthodox church in Soviet Russia?
1
What was the structure of the Russian army following reforms in 1917?
4
Has scurvy occurred on land outside the Russian Far East?
1
Why was the Russian Federation Military expenditure cut in 1998-1999?
10
How many troops would the White Armies have had at their peak during the Russian Civil War?
28
Why was Kaliningrad placed under the Russian SFSR rather than the Lithuanian SSR?
1
What are some good sources on the everyday life of Soviet troops during WWII?
3
Why didn't all non-Russian states become independent during the collapse of the Soviet Union?