What were sandbags used for in medieval duels?

I was hesitant whether to ask this question in history or Shakespeare stack exchange, but I eventually decided it is more of a historical question. In the play "King Henry The Sixth" there is a fragment concerning a duel between an apprentice and his master, where their entrance is described in such a way:

[Enter at one door, HORNER the Armourer, and his Neighbours, drinking to him so much that he is drunk; and he enters with a drum before him and his staff with a sand-bag fastened to it; and at the other door PETER, his man, with a drum and sandbag, and Prentices drinking to him.]

The sandbag is from a quintain, a "jousting dummy" if you will: 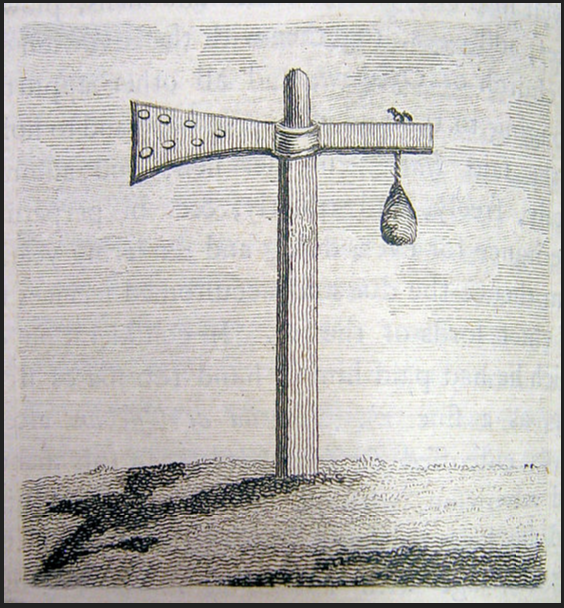 On Offham green there stands a Quintain, a thing now rarely to be met with, being a machine much used in former times by youth, as well to try their own activity as the swiftness of their horses in running at it. The cross piece of it is broad at one end, and pierced full of holes; and a bag of sand is hung at the other and swings round, on being moved with any blow. The pastime was for the youth on horseback to run at it as fast as possible, and hit the broad part in his career with much force. He that by chance hit it not at all, was treated with loud peals of derision; and he who did hit it, made the best use of his swiftness, least he should have a sound blow on his neck from the bag of sand, which instantly swang round from the other end of the quintain. The great design of this sport was, to try the agility both of horse and man, and to break the board, which whoever did, he was accounted chief of the day’s sport.

This tests the ability of horse and rider to not just hit the target end cleanly, but to do so without losing speed so as to outrun the sandbag coming for the back of the would-be knight's head.

In addition to this honourable use of sandbags, there seems to have been a long, but forgotten, use of sandbags as both a duelling and street-fighting weapon. Robert Excobar details these forgotten uses in his book Saps, Blackjacks and Slungshots: A history of Forgotten Weapons. The sandbag tied to a pole is a sandbag flail, and is a quite deadly weapon as Shakespeare himself notes in the continuation of the scene (Part 2; Act 2, Scene 3): 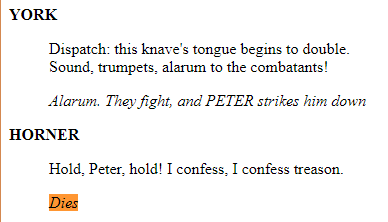 These sandbags are not the thin flat ones we think of as entrenchments against both bullets and water, but rather long round ones about the length of an arm and slightly bigger round than one's fist. 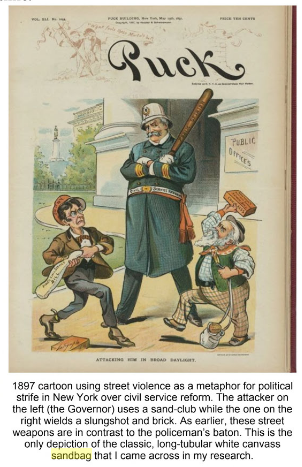 Before the proliferation of handguns and their stocks, familiar to us from the term pistol-whip of pulp fiction, variations of the sand club and sand flail were an aggressor's favoured means of rendering someone senseless for several minutes, with a minimum of deadly intent.

In the duel described by Shakespeare, the duel pits a sand flail (sandbag attached to a pole) against a sand club (long tubular sleeve filled with sand).

Not the answer you're looking for? Browse other questions tagged england law weapons or ask your own question.

17
How were dagger axes used in battle?
5
Were there biological weapons used in WW1?
11
What exactly were currours, and what were they used for?
4
Were slings used as melee weapons?
32
Were slings used for throwing hand grenades? If not, why?
4
Why were air rifles not used more in combat?
5
What were medieval, Viking-Era, Scandinavian laws regarding rape?
9
Were travelling judges paid in medieval England?
4
Were man catchers actually used in medieval times?
1
Is there art or written evidence of crescent shaped arrows being used for bird-hunting in Medieval Europe?