Who was the first female ruler to be given the suffix, "the great"?

Down through the ages exceptional elite leaders have been referred to with the suffix, the great. Cyrus the Great of Persia, Alexander the Great of Macedonia, and perhaps Alaric the Great of the Visigoths who sacked Rome or Peter the Great of Russia.

Question:
Who was the first woman ruler to be referred too as "the Great"?

Perhaps Hatshepsut of Egypt 1478-1458 B.C. (18th Dynasty) might fit the bill, she is regarded as one of the most successful rulers of Egypt, with a reign lasting for at least twenty years. She expanded trade and undertook ambitious building projects. But I don't see her referred to as "Hatshepsut the Great" in literature.

The only candidate apart from Catherine the Great would appear to be Tamar the Great of Georgia. Born in 1166, she ruled as sole monarch from 1184 to 1213 (or possibly 1210), having been made co-ruler by her father George III in 1178. However, her early years were not easy ones as nobles sought to restrict her authority:

Powerful lords took advantage of the passing of the king to reassert themselves. Queen Tamar was forced to agree to a second coronation that emphasized the role of noble families in investing her with royal power....royal authority was significantly limited and the responsibilities of the royal council, dominated by the nobles, was expanded. 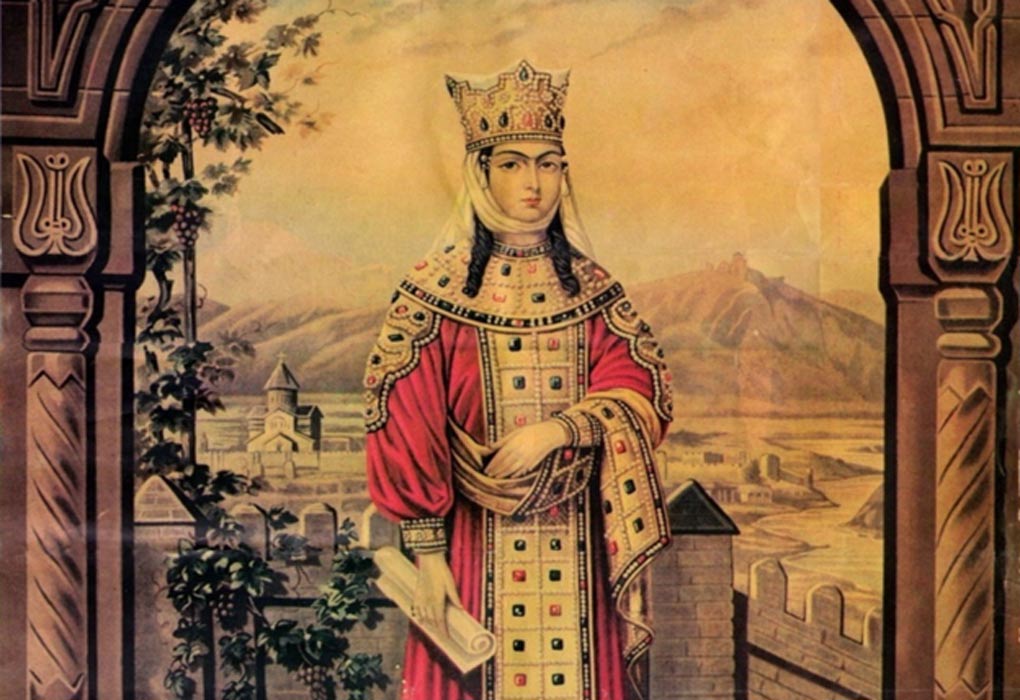 In time, though, she was able assert her authority and achieved considerable military success, perhaps most notably when her second husband defeated a large Muslim coalition at the Battle of Shamkor in 1195. During her reign, Georgian territory reached its greatest extent:

In addition to protecting her own lands, Tamar also launched military campaigns to extend the borders of her kingdom. Apart from military success, Tamar’s reign also saw a flourishing in culture, as many remarkable monuments and works of literature were produced during this time. Georgia’s national epic, ‘The Knight in Panther’s Skin’ was produced during the reign of Tamar, and dedicated to the queen.

This would basically come down to how we translate words from foreign languages, but scholars do translate the royal titles of a few ancient Egyptian ruling queens with the word “great,” and at least one has been called “The Great” by a modern historian.

Hatshepsut, who ruled Egypt in the fifteenth century BCE, held the title usually translated Great Royal Wife before becoming regent and ruler in her own right (unlike the previous known female Pharaoh, who had been a Pharaoh’s daughter) and afterwards used several royal names, including Weseretkau (Mighty of Kas).

Another ancient Egyptian ruler, much later, who used royal titles that have been translated “Great One,” “The Great Lady,” or “Goddess,” was the famous Cleopatra VII of the first century BCE. She is sometimes called “Cleopatra the Great” in modern sources. For example, one scholarly biography of her has the title, Cleopatra the Great: The Woman Behind the Legend, although she died in defeat with her kingdom conquered. She was admired enough in classical times that a later ruling queen in Syria, Zenobia, claimed descent from her.

In between were several other female rulers renowned by ancient writers, including at least four Kandakes of Meroe.

18
Who was the first woman ruler?
1
Have there been any great female military commanders?

8
Who first wrote about deafness?
19
Who invented the first flag?
18
Who was the first woman ruler?
7
Who was the first Pope?
11
Who is the oldest ruler whose remains can be positively identified?
37
What is the most number of brothers who became ruler of the same country?
43
Has an heir ever made the country believe the current ruler died in order to take over the throne?
3
Who were the first leaders of the Yahwistic sect?
12
Did ordinary people during Hatshepsut's reign know she was a woman?