What evidence is there for the severity of Roman scourging before crucifixion?

Something I'm curious about is the severity of scourging ancient Romans inflicted on their victims before crucifixion.

Numerous religious/Christian websites suggest that it was quite severe, and involved an instrument in which metal or bones were embedded in the lashes. For example:

But many of these online sites don't really reference, in my view, a reliable account, primary source, or any extant "flagra" from the ancient Roman era.

In fact, according to this article by Dr. Andrea Berlin and Dr. Jodi Magness Two Archeologists Comment on The Passion of the Christ, the scourging was just done with a reed.

What reliable evidence is there that scourging before crucifixion was as severe as most online website describe them to be?

In the documents of “Jewish War.” a man named Jesus Ben Ananias, (NOT to be confused with Jesus of Nazareth, Jesus was quite a common name back then), was “scourged until bones were laid bare.” This man was flogged to the extent of his bones showing. Also, I have heard that certain church fathers or bishops in the early church, wrote how vicious the whips were.

Also yes, the Romans did sometimes beat criminals with rods (which is a fact) however they also lashed people with other whips too. As seen when looking at ancient stone tablet pictures. Plus, being beaten hard (which is what they did, full force blows) was pretty bad, the scratches, marks, bruises and blistering on your back/body, would cause pain and damage. Especially after a blister is struck and then begins to bleed. Not to mention the person sweat mixing with the blood, which could make it look a little worse. 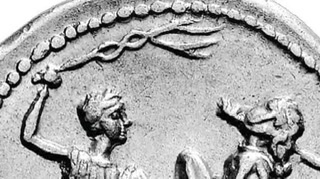 Not the answer you're looking for? Browse other questions tagged roman-empire torture or ask your own question.

22
What role did the Eastern Roman Empire play in the fall of the Western Roman Empire?
18
Were there punishments in the Roman Empire for not believing in the official religion?
6
What would be the GDP of the Roman Empire?
3
Did Roman statutory law in the 1st century allow for crucifixion of non slaves?
9
Did Mithraism and other Roman cults surpass the original Greco-Roman religion in popularity before the rise of Christianity?
5
Is there any Historical Evidence for a Co-Regency of Tiberius and Augustus?
11
Was there a Roman city in the Plain of Sarajevo?