Can anyone tell me what this coin was used for, an approximate date and possibly what it’s worth?

It says 'Play coins of the world' with a 50 in the center on one side and on the other side it says Reis Brazil. 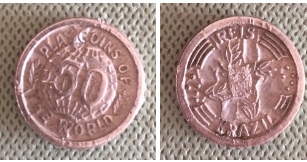 Not a Game Token. It's play money for children from Topps and it is collectable. 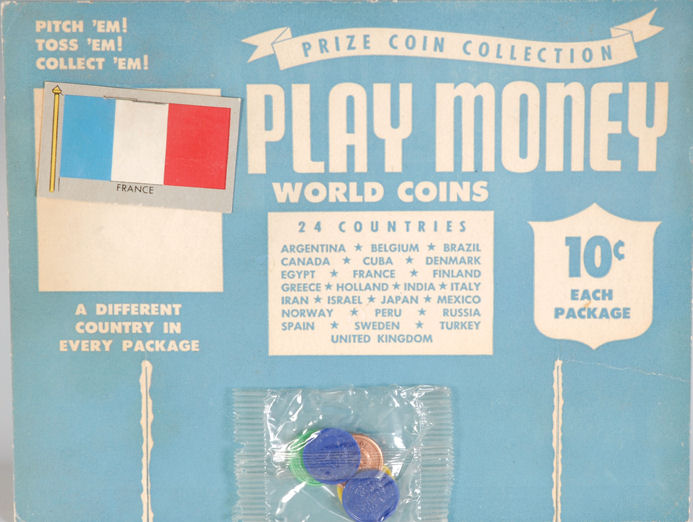 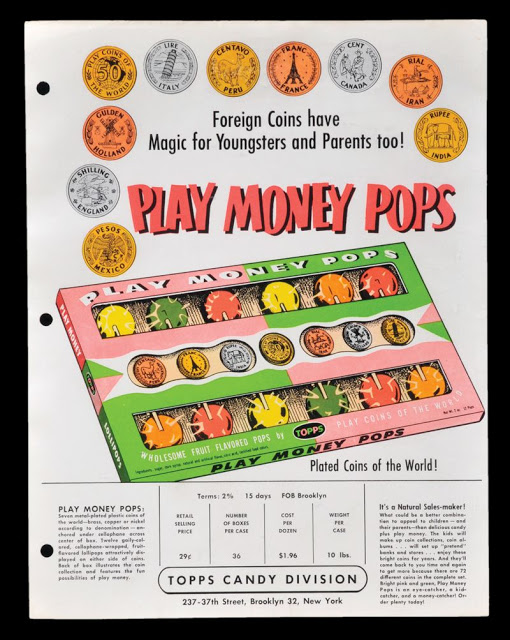 They are collectable. I found them going on eBay for about $9.95 per coin. Originally they sold for 10 cents for a pack of 5 and a stick of gum.

The 72 "metal coins" in the series came with Play Money Pops should be categorized as a 1950 issue.

There was also a run in the 1960's which are also collectable. They go for about $3 per coin on ebay 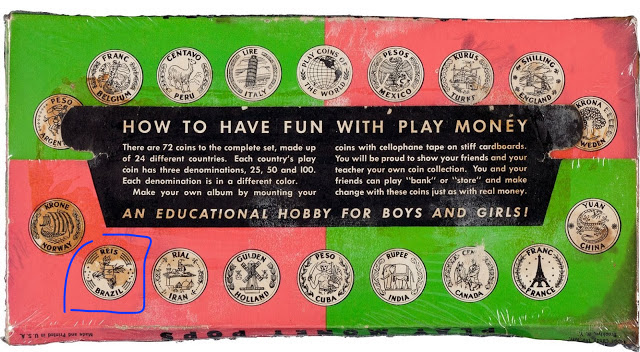 Not the answer you're looking for? Browse other questions tagged numismatics or ask your own question.