I've visited the Gevangenpoort (Prisoners Gate) museum in The Hague, The Netherlands, decades ago when I was a lad. They have dievenvangers or man catchers on display.

The Gevangenpoort is one of the more important museums in The Netherlands. That means they wouldn't put man catchers on display if they weren't used. At least, they would comment if it was experimental or rarely used. No such signs, and the guides don't mention it. They showed the instrument and explained its usage.

It seemed a bit cumbersome to use to me, but recently I saw a Youtube clip in which the Thai police use man catchers to subdue a dangerous person: https://youtu.be/Hqtny9yj8u8. I haven't seen this in action, but it looks like standard equipment, the way it is handled in the clip. 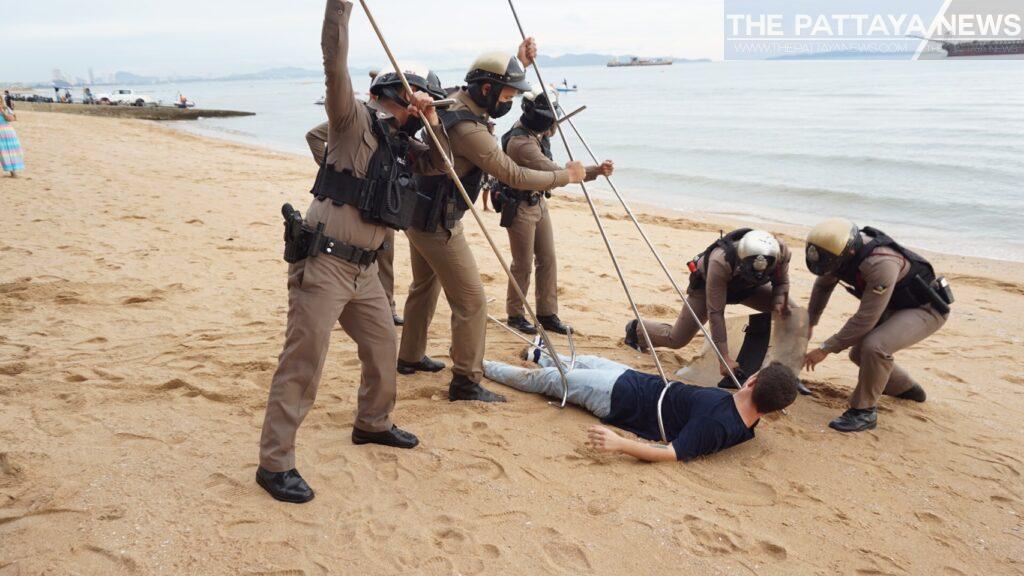 (It's very late, but I just found a picture of Thai police doing an exercise with man catchers in June 2022 in Pattaya)

Not the answer you're looking for? Browse other questions tagged middle-ages weapons historical-research historical-accuracy or ask your own question.

11
How prominent were taverns in medieval Europe?
25
What were birthdays like in Medieval times?
8
What were the required conditions to be accepted by a university in Medieval times?
5
What are other ancient encyclopaedic texts like Pliny's "Naturalis Historia" were available to medieval people?
0
Barbarian Army sizes and how they compare to Medieval times
22
Did medieval kingdoms issue health related guidelines?
7
Marriage for executioners in Medieval times