What was the real innovation of the coach-builders of Kocs in Hungary?

Many languages use the word "coach" for wheeled vehicles. It's attributed to the town of Kocs. Wikipedia suggests:

During the reign of King Matthias Corvinus in the 15th century, the wheelwrights of Kocs began to build a horse-drawn vehicle with steel-spring suspension. This "cart of Kocs" as the Hungarians called it (kocsi szekér) soon became popular all over Europe.

These steel springs were probably leaf springs, not coils. The principle of leaf springs had existed since the Egyptians, but apparently it was around this time when it first was used in vehicles.

Insofar as the Kocs outfits built better carriages than their regional rivals, was this because they invented the concept of the leaf spring vehicle suspension, because their local smithies were the first to produce suitable steel springs, or some other reasons?

This may not be an entirely satisfactory answer, in part due to the paucity of primary source material, but also due to the fact that modern research into early Hungarian coaches seems - unsurprisingly - to have been published almost exclusively in Hungarian.

The primary innovation of the Kocs coach-builders seems to have been a frame built from flexible hardwood, which offered a much more comfortable ride to passengers than other contemporary designs.

There appears to be no contemporary evidence suggesting that these Kosci used steel-spring suspension.

As far as steel-spring suspension is concerned, it is worth noting that the Hungarian Wikipedia page for Kocsi makes no such claim. Indeed, the English Wikipedia page that you quote also notes that:

A 16th-century German depiction of a kocsi without springs puts this theory in doubt, however, and it is uncertain whether the springs or some other feature were responsible for the spread of the word throughout Europe.

The earliest description of the Kocsi that I could find comes from the autobiography of the diplomat, writer, and historian, Sigismund von Herberstein. A modern copy of this was published by Kovachich in 1805. This is, in turn, quoted by several authors.

He travelled in one of these Kosci in 1518, and wrote that:

"They are named after a village ten miles from Buda (Kocs); they are drawn by three horses running abreast of each other, when there is little or no ice on the ground. They carry four people along with the driver, and is a very comfortable conveyance".

The vehicles appear to have had the following features:

A wooden frame with 'saddle-shaped' sides made of wickerwork. Passengers sit on raised seats at the back above the larger back wheel. The carriage is open. It has an elastic hardwood structure with almost no ironwork.

This description appears to correspond with the earliest known depiction of a Hungarian Kosci, published by Jeremias Schemel of Augsburg in 1568: 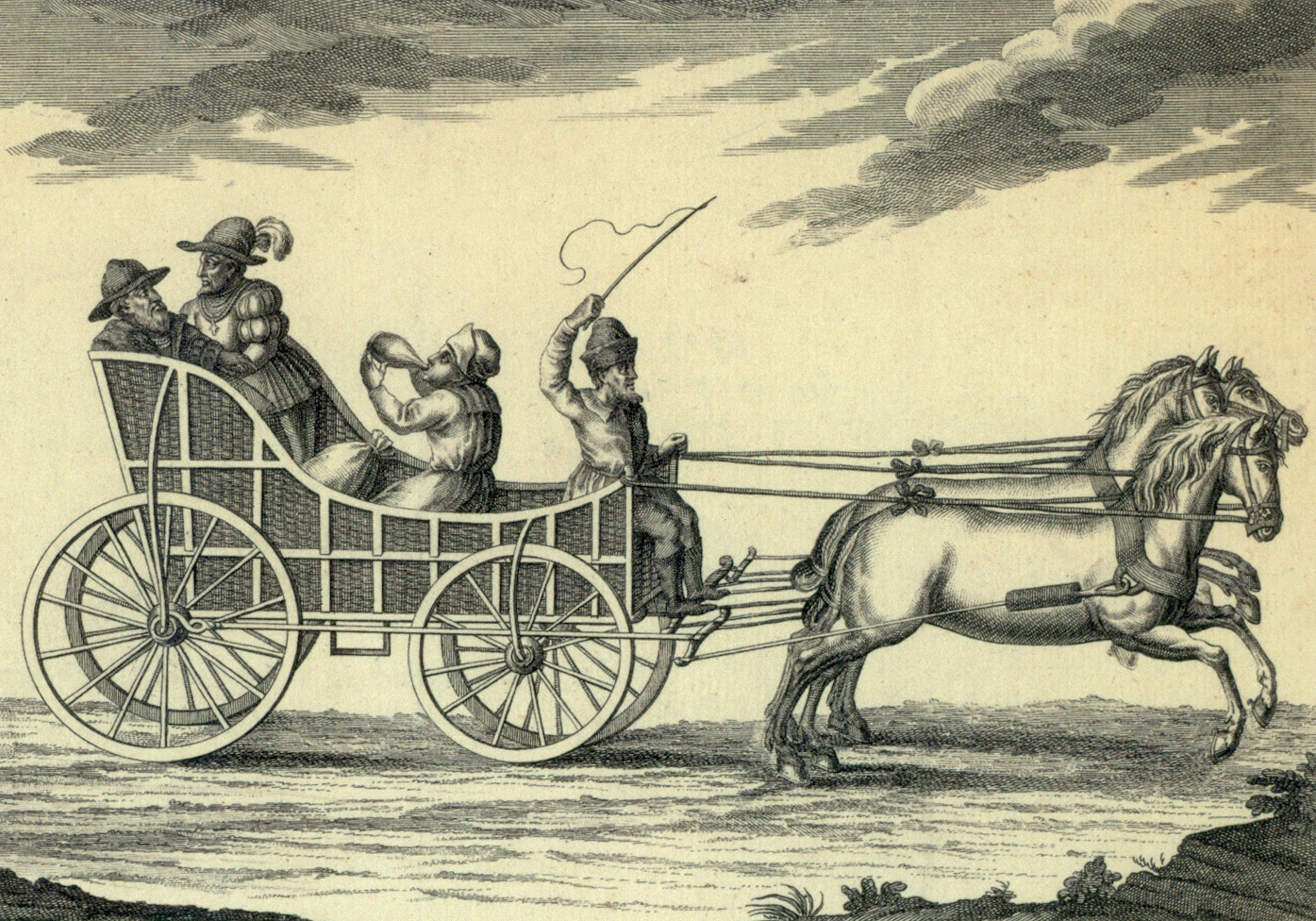 It seems to have been the works of Sigismund von Herberstein and Jeremias Schemel that made the Hungarian Kosci popular across Europe.

Kemecsi Lajos published some research into the characteristics of a modern reconstruction of a Hungarian Kosci is his paper A mezıkövesdi Tájházi Mőhely elıadásaiból - A magyar kocsi (From the performances of the Fieldworks Workshop in Mesőkövesd - A Hungarian Kocsi).

This is one of the modern sources that quotes from Sigismund von Herberstein (and one of the few that I could find online that aren't behind paywalls!) and includes a diagram of their reconstruction of the vehicle: 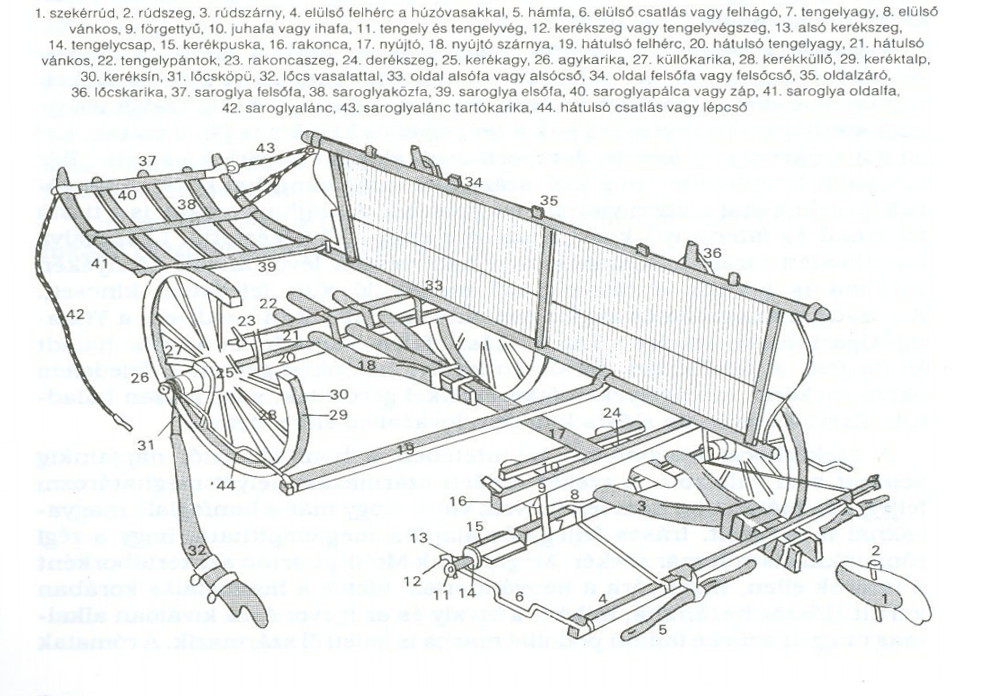 Not the answer you're looking for? Browse other questions tagged transportation hungary or ask your own question.

8
When did leaf springs appear in vehicles?

15
When Louis I of Hungary died in 1382, why did Polish lords choose Jadwiga instead of Mary as the monarch?
1
Was there a real Ocean Liner called the RMS Heroic?
4
How common was travelling before the invention of the steam engine?
2
Why is Hungary geographically important to travel between Europe and the Middle East?
7
Was Transylvania autonomous within Hungary before 1526?
7
Was slavery abolished in the Kingdom of Hungary, and if so, when?