Were there nurses stationed at Bude, Cornwall, UK during WW2?

I am working on a writing project and the main character is a young nurse in Bude during WW2. I'm not quite sure how to put her there or get her there -- would there have been nurses stationed at RAF Cleave? Was there a hospital in Bude at that time? Would it be likely that a young girl might go from London to Bude during the war? Also, tangentially, was anyone in town using bicycles at that time?

There does not appear to be any evidence that there was ever a hospital in Bude, but there are two other possibilities for your nurse.

There has long been a hospital in Stratton which (according to Google) is just 1.8 miles (2.9 km) away by road. According to the pdf Stratton Conservation Area Appraisal, Stratton Hospital was in place before 1926 and probably long before that as a 'Hospital Road' is mentioned in 1863.

Although RAF Cleave was a small airfield which (as John Dallamn mentions in his comment) was not a combat airfield, there was an American military presence in the area for a while. This People's War site has an account of one Raymond Edgar Jacquett, who was a 14-year-old boy in 1941:

In 1941 when the Americans joined the war there were thousands of American soldiers and all their equipment and as a 14 years old boy it was a good time. Everything came form Okehampton to Bude by train.

The autobiography / biography Rudder: From Leader to Legend has several pages on US rangers in Bude, and provides some details on the locals which you may find useful.

There is map of the buildings / features of RAF Cleave here. No sign of a medical facility, though many of the buildings aren't labelled. You might be able to find out more on RAF Cleave from Devon and Cornwall Airfields in the Second World War by Graham Smith, but it can't be viewed online unfortunately.

Also, Bude was one of places that children were evacuated to during WWII, as well as students from Bristol. Nurses would undoubtedly have been needed so it seems perfectly feasible for a young woman to go from London to the area around Bude at the time.

On the use of bicycles, the British Cycling website has this account from one Edward Ashpole, a teenager during the war:

World War Two made the bicycle the vehicle for personal transport in Britain. The young and old could wobble along our roads in those days with no danger from speeding cars...

People cycled to work, often long distances. Unless you were running the war effort in a big way you had no petrol ration.

On the life of nurse during World War II, you may find this WWII Nursing and Medicine page useful as it has a long list of articles relating nurses' experiences.

I can answer your tangential question: bicycles were heavily used throughout the UK during WWII. There were no gasoline rations available to civilians, except for doctors and others with a strong need for them for public service, and car ownership was very much rarer than in the modern day anyway. It would be quite normal for a nurse who didn't have accommodation at her workplace to lodge nearby and travel by bicycle.

Don't know if your still writing but my mom was a nursing student who lived in Bude and trained and worked in Redruth during WW2. My dad was an American soldier stationed in bude. He went to Normandy and through France...was shot in the 'Bulge, went back to hospital in Stratton, I believe. My mom was his nurse. She came to Washington state in 1947 and they were married. The rest is history. 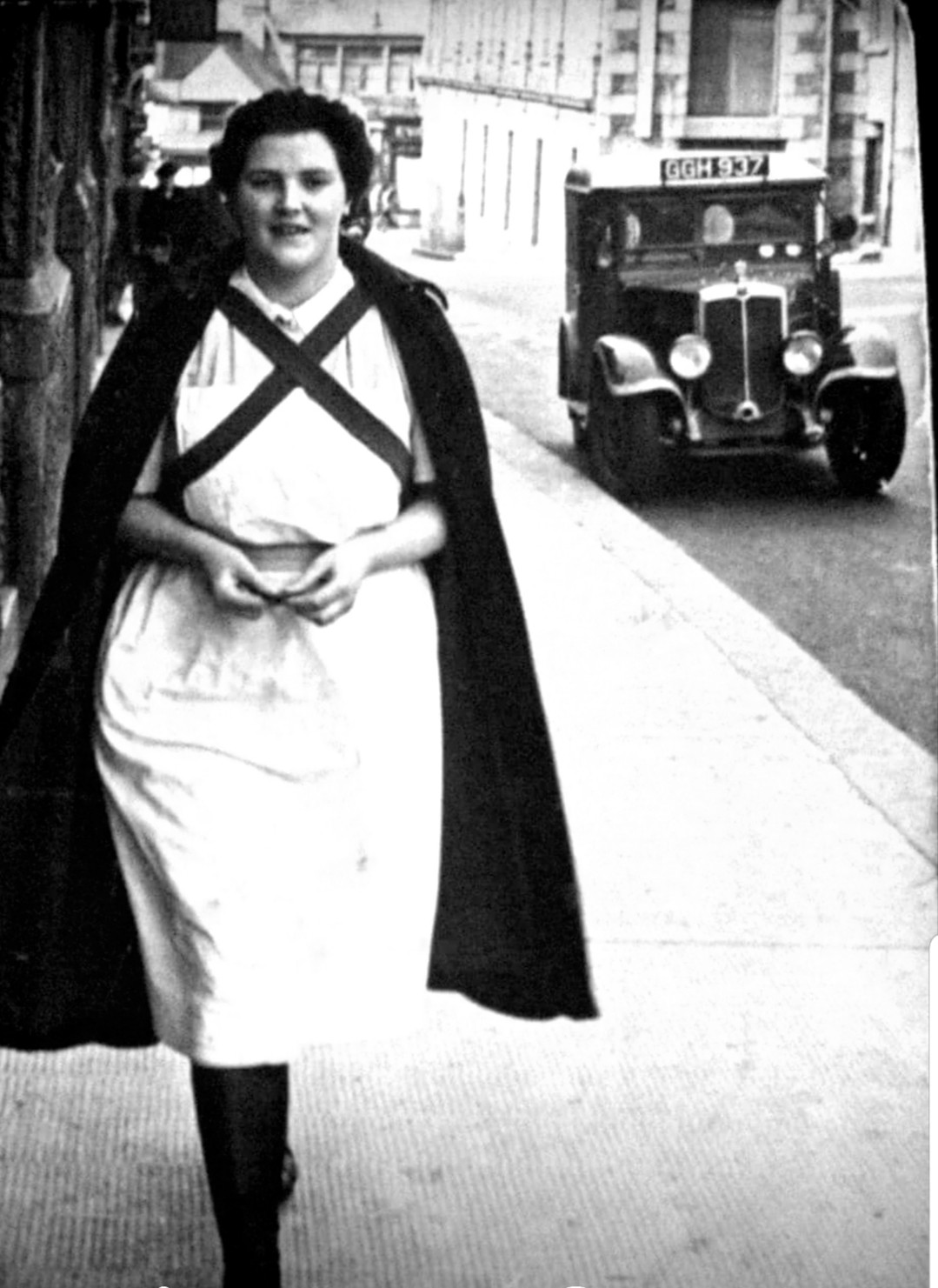