What were the last words of Charles the First, and Oliver Cromwell's response after his execution?

I need to know what Charles the First's last words were and preferably what Oliver Cromwell said afterwards. 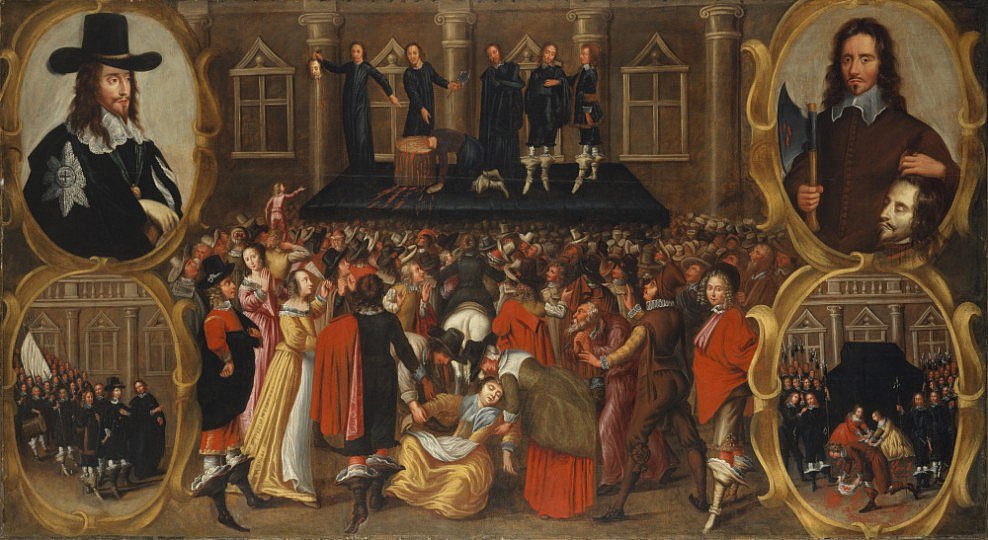 The Execution of Charles I of England. Source: Wikipedia

His address to the crowd, from the scaffold:

"[As for the people,] truly I desire their liberty and freedom as much as anybody whomsoever; but I must tell you that their liberty and freedom consist in having of government, those laws by which their life and their goods may be most their own. It is not for having share in government, sirs; that is nothing pertaining to them; a subject and a sovereign are clear different things. And therefore until they do that, I mean that you do put the people in that liberty, as I say, certainly they will never enjoy themselves. Sirs, it was for this that now I am come here. If I would have given way to an arbitrary way, for to have all laws changed according to the power of the sword, I needed not to have come here; and therefore I tell you (and I pray God it be not laid to your charge) that I am the martyr of the people. . ."

Followed by his last words on the scaffold to the bishop:

And these are his very last words, spoken to the executioner:

Source: The Execution of Charles I, 1649 (read the entire account on this link)
References for the information found on that link: The anonymous account of Charles' death appears in Robinson, James Harvey, Readings in European History (1906); Schama, Simon, A History of Britain vol. II (2001); Wedgwood, C. V, A Coffin for King Charles; the Trial and Execution of Charles I (1964).

Source: Reported remarks over the body of Charles I after his execution (January 1649), as quoted in Oliver Cromwell : A History (1895) by Samuel Harden Church, p. 321. Found on the Wikiquote page for Oliver Cromwell.

Not the answer you're looking for? Browse other questions tagged united-kingdom quotes royalty execution or ask your own question.

15
Which were the last castles to be besieged and fall in the United Kingdom?
6
Who said, “Watch your thoughts, they become your words”?
6
How do I prove that Mahatma Gandhi said the following?
0
Did the Germans invent “Unexpected Pot-Shots”?
2
What evidence is there relating to Matilda of Scotland as a wife (to Henry I) and mother (to Empress Matilda and William the Adelin)?
11
Was the king of England able to execute a high rank noble and his family between 1216 and 1688?
10
Did Sir Isaac Newton ever claim that his mind in 1666 was “remarkably fit for invention”?
1
Source of quote attributed to Cesar Chavez: “You are never strong enough that you don't need help.”
8
What is the original German version of Bismarck's phrase about intentions and capabilities?