Can someone help me identifying these two old coins found in India? They are made of copper. They are very thick and weigh around 10 grams.

Both the coins have a diameter of 1.5cm and thickness of 0.5cm. They aren't perfectly round as you can see in the images. These are 2 of around 300 coins found in Aravali hills in Haryana, India. Mining was being done in mountains and they were found in a pot inside the mountain at a large distance from surface of mountain. They were found when 50 trolleys of rocks had been removed from mountain. 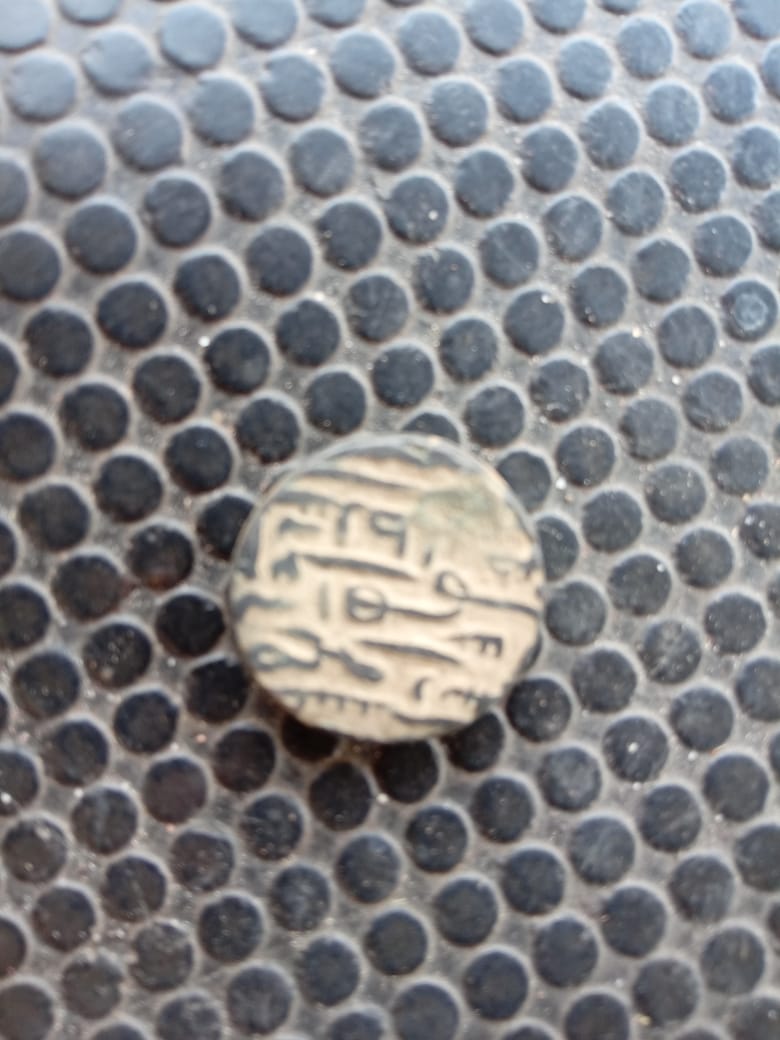 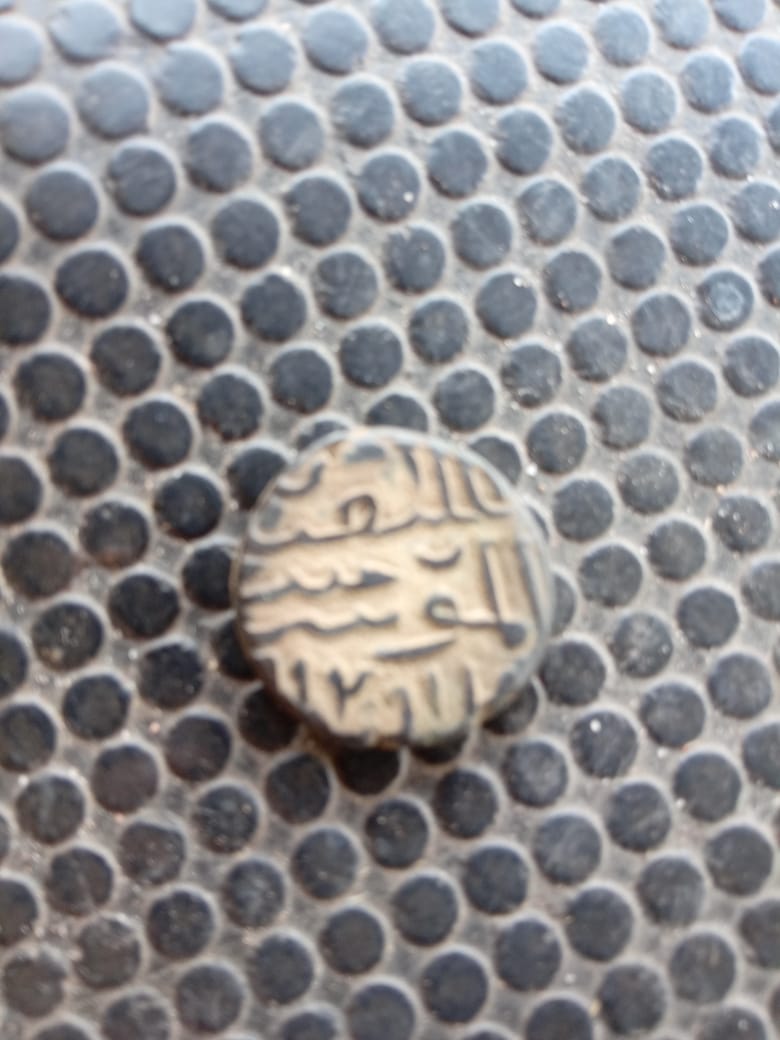 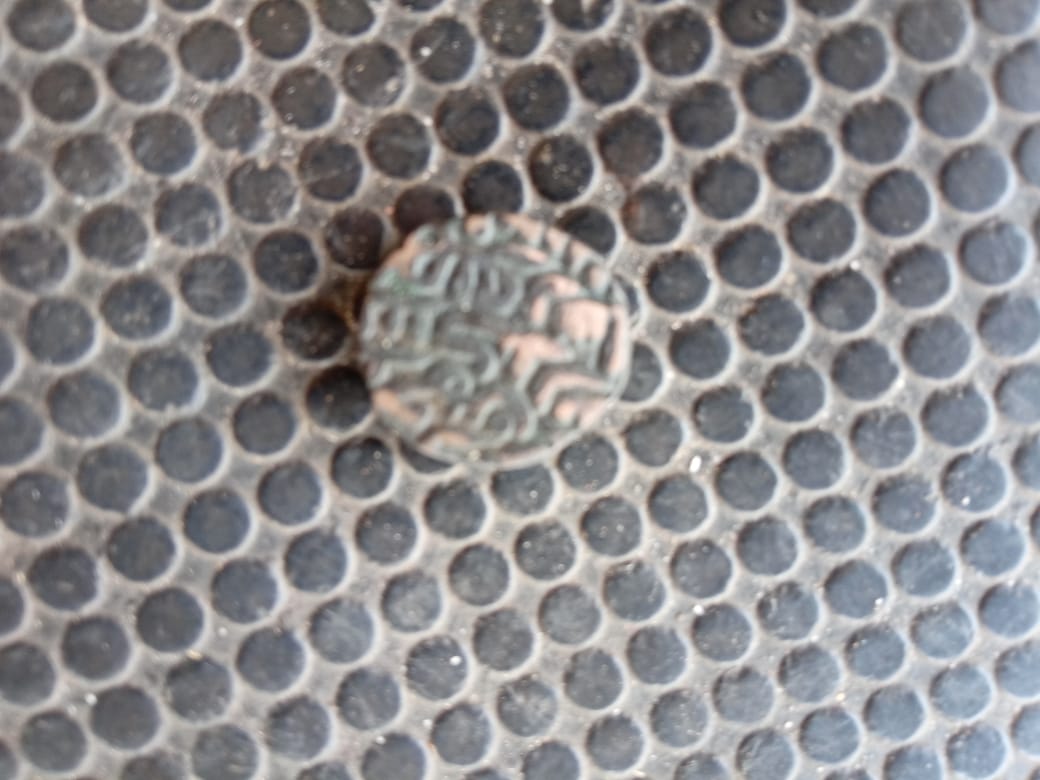 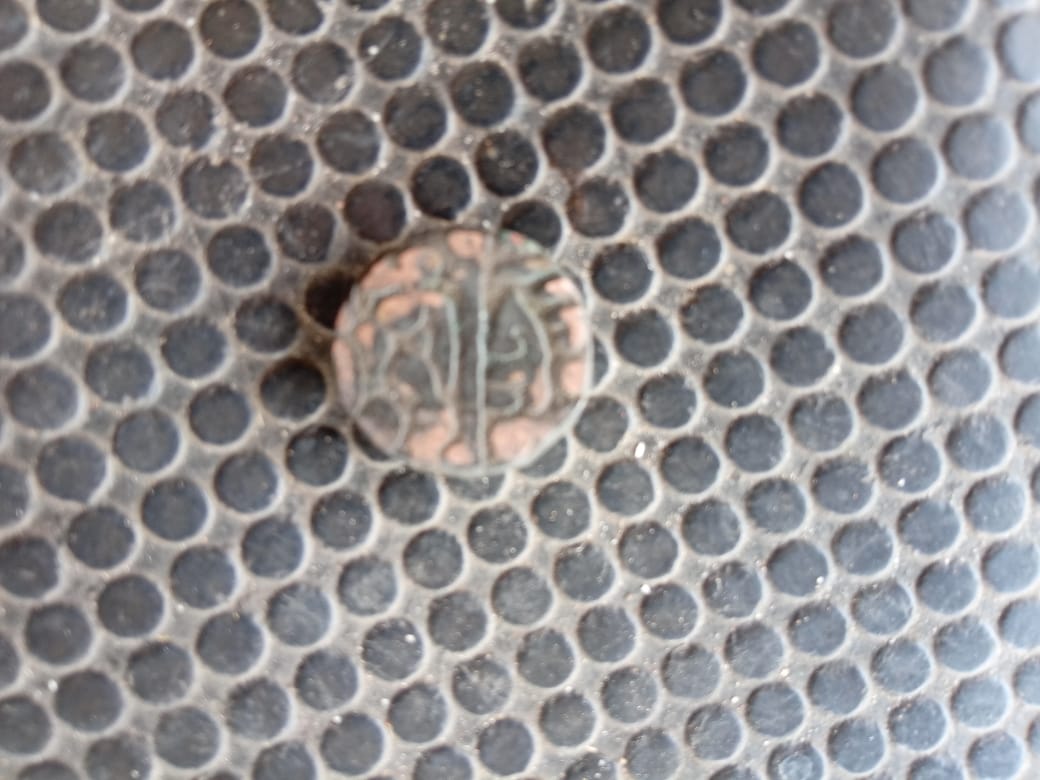 It has Arabesque inscriptions so it is minted by one of the Muslim Kingdoms or Empires. They are similar in style to Suri/Mughal coinage

Your first coin is upside down. By setting it right we get the result: 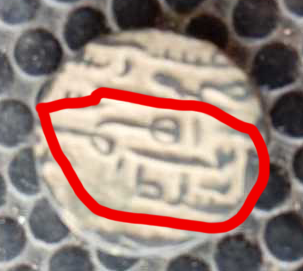 The encircled words are the only ones readable in the inscription. They read Sultan Ibrahim. (السلطان ابراھیم).

There's only one monarch by that name who ruled from the nearby Delhi. That is Sultan Ibrahim Khan Lodhi of Delhi Sultanate who was deposed by Babur in 1526. Wikipedia's only image for his coinage is decisively different but that could be difference between two mints or two different coins. Interestingly Ibrahim's grandfather, Sultan Bahlul Lodhi's and his father Sikandar Khan Lodhi's coins were minted in a similar fashion. Pictured below, The coins from the respective Sultan's eras (Notice in particular Sultan Bahlul's coin, it follows the same pattern with Title Below, Name above and bits of the name cropping out): 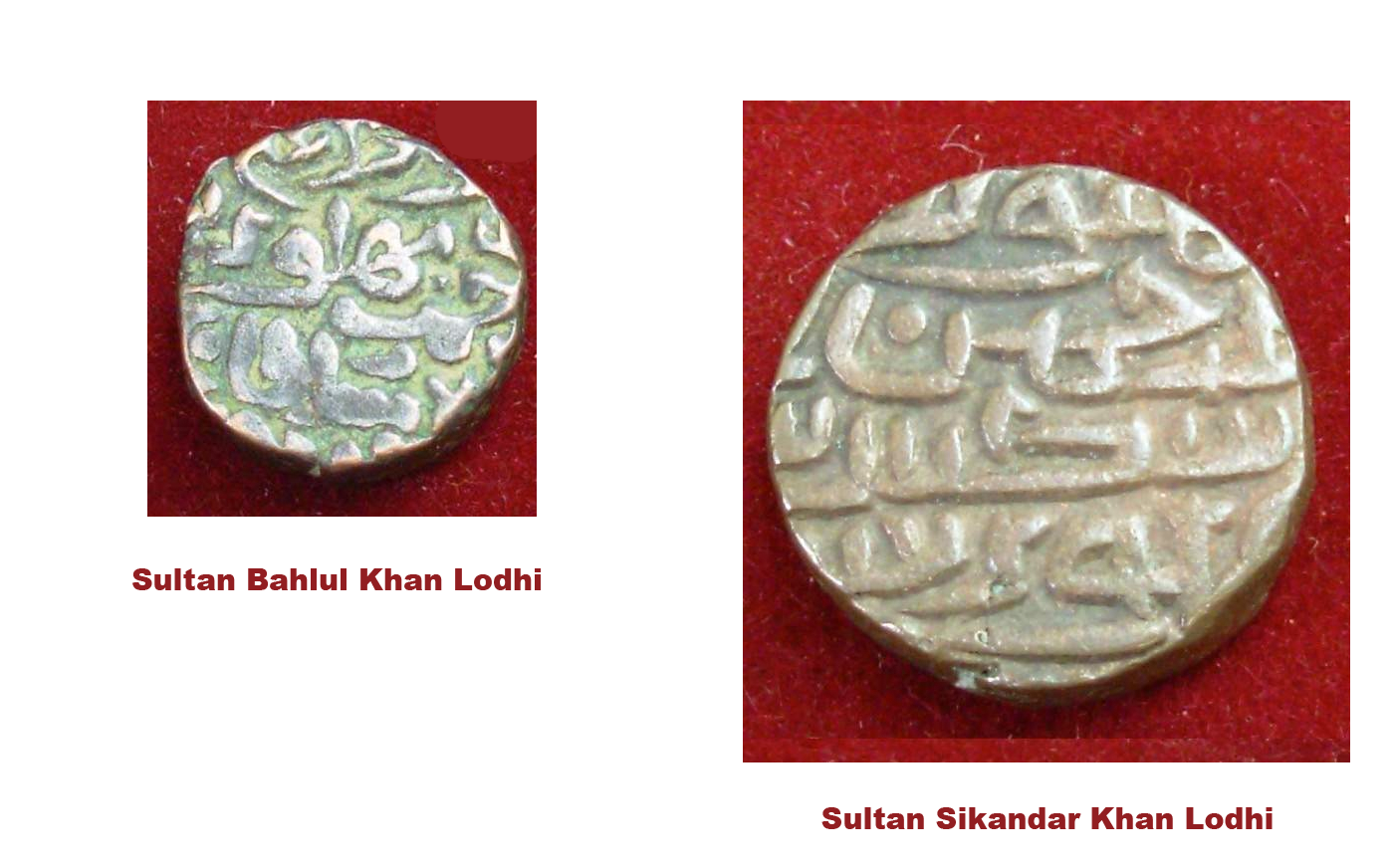 The second image you shared is not readable at least by me, due to words cropping. I did some crude reconstuction based on some words readable (Which is mere conjecture). It gives the name of Alau-Din-Khilji, Sultan of Delhi who ruled 2 centuries before Ibrahim:

Third and fourth (Although it does look similar to the Wiki's photo for Ibrahim Lodhi's quarter Tanka) are even worse. There's a lot of mud on them, if you could perhaps clean them and (Don't clean them, you might end up damaging them - Credits to Peter Taylor for pointing it out) upload the photos again, I'd have a better chance to read them (Make sure your camera's focus is correct and on point). So Ibrahim Lodhi is the best guess for the moment.

Not the answer you're looking for? Browse other questions tagged middle-ages india numismatics or ask your own question.

4
Who introduced coins in India?
4
What goods were traded in the medieval Indian Ocean?
0
Roman Coins (Ancient forgeries )
5
Please help to identify these coins
6
Antoninus Pius coins
3
Need help identifying 2 old coins? Struck coins, one with two standing human figures facing each other
8
What is the largest hoard of coins ever found?
9
When and why did round coins become a practical standard?
31
Please help identify these old coins found in Germany?