I heard there were 3 ships in the Yamato class but I can't find any information about it. Some sources say it was a transport vessel to transfer spare airplane parts and ammo and some say it was a full aircraft carrier with a capacity of 85 planes and thousands of crew?

Can you please tell me the true purpose of this vessel? 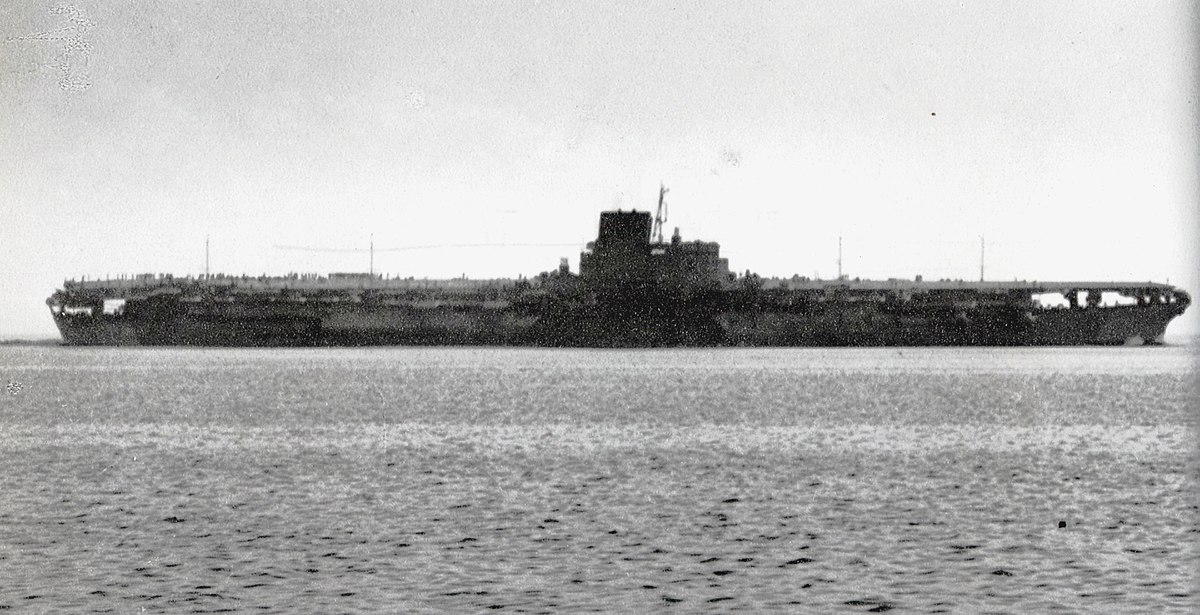 According to the Wiki article:

Shinano (信濃), was an aircraft carrier built by the Imperial Japanese Navy (IJN) during World War II, the largest such built up to that time. Laid down in May 1940 as the third of the Yamato-class battleships, Shinano's partially complete hull was ordered to be converted to a carrier following Japan's disastrous loss of four fleet carriers at the Battle of Midway in mid-1942. Her conversion was still not finished in November 1944 when she was ordered to sail from the Yokosuka Naval Arsenal to Kure Naval Base to complete fitting out and transfer a load of 50 Yokosuka MXY7 Ohka rocket-propelled kamikaze flying bombs. Hastily dispatched, she had an inexperienced crew and serious design and construction flaws, lacked adequate pumps and fire-control systems, and did not carry a single aircraft. She was sunk en route, 10 days after commissioning, on 29 November 1944, by four torpedoes from the U.S. Navy submarine Archerfish. Over a thousand sailors and civilians were rescued and 1,435 were lost, including her captain. She remains the largest warship ever sunk by a submarine. [emphasis added]

So... Full carrier, which purpose was to replace fleet carrier losses suffered at Midway (not a mere transport, though was not completed and was only transporting arms when sunk, never any planes aboard) with over 2,400 officers, crew and laborers aboard when sunk.

Is there additional information you are seeking that is not found in the above cited Wiki article?

1) Shinano was originally intended as a battleship. The English translation of "KOJINSHA No.6" states: "The 74th Imperial Conference convened on 26 December 1938 approved the building of 83 naval vessels included in the new program. In addition to two battleships (SHINANO and No. 111), the Fourth Replenishment Program authorized the construction of a new fleet carrier...." www.combinedfleet.com/kojinshavolume6.pdf

2) Shinano was then converted to an aircraft carrier. Many books contain claims like this:

"...Shinano, which was laid down as the third Yamato-class battleship in 1940 but was redesigned as an armoured carrier, the world's largest, after Midway. She was intended to carry few planes (up to fourty-seven) for her size but large stocks of fuel, munitions, and spares to replenish other carriers..."

However although this seems to be a frequent claim, I cannot find a book that actually cites an original source for such statements.

Some interesting discussion here: http://propnturret.com/tully/viewtopic.php?f=2&t=1256 seems to support the argument she was intended for a replenishment role, but also lacks original sources.

Not the answer you're looking for? Browse other questions tagged world-war-two aircraft ships or ask your own question.

6
How was 19th century ship tonnage reported?
1
Did a runaway apprentice become captain of a ship?
16
How many people worked to build one Liberty ship?
6
What methods were used for onboard ship communication during WW2?
3
British ship movements immediately after the armistice of 22 June 1940
18
What ship is this and which military campaign?
18
Why did the Japanese attack the Aleutians at the same time as Midway?
8
Why was the ship "Palmyra" so named?
0
How did people sleep on historic ship types?
4
Why were P-39/P-400 sent to Henderson Field?