What does MLK mean by “lonely island” and “vast ocean”?

In the speech, "I have a dream", M.L. King says the following:

One hundred years later, the Negro lives on a lonely island of poverty in the midst of a vast ocean of material prosperity.

What does he mean by "lonely island" and "vast ocean", what is he referring to here?

I am assuming that by "lonely island" he refers to the part of the country which the negro lived in and the "vast ocean" is the white people who ignore them.

Martin Luther King Jr. is making the point that, while the United States had prospered and become the wealthiest nation on Earth, the overwhelming majority of black people in America were poor.

The racial divide in 1963 America was very much also a wealth divide: 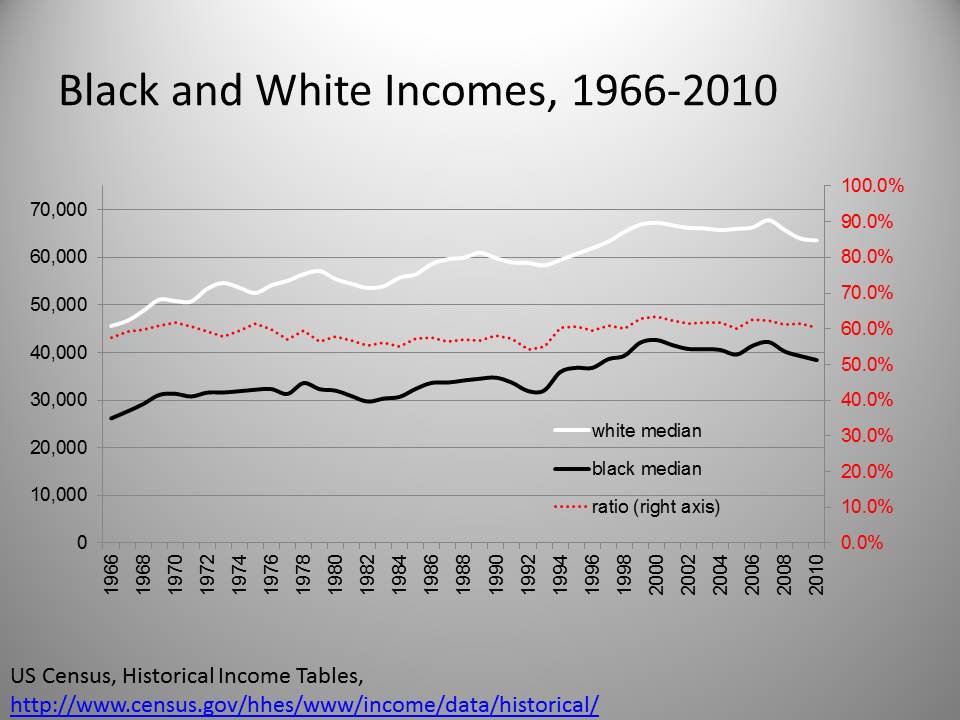 (Of course, one might argue that little has changed in that regard!) Segregation was, as I'm sure you are already aware, still very much the reality of life for millions of African Americans.

By using the analogy of lonely islands of poverty in a vast ocean of material prosperity, MLK was encouraging people to visualise that racial divide, and their segregated society, in those terms and to demand racial justice for mistreated African Americans.

Not the answer you're looking for? Browse other questions tagged united-states social-history 1960s civil-rights or ask your own question.

9
What does “Brown-Bread Eater” mean when used as an insult?
5
What does it mean that Hamilton “made American credit competitive”?
6
What does WW2 US Army discharge code W.D. CIR 395, 1942 mean?
0
What does “Central Europe AG 2006” mean in discharge papers?
6
What were the most common reactions to Rosa Parks and the Montgomery Bus Boycott?
15
Why does Sugar Island belong to USA?
5
What does this 1960 West German political cartoon mean?
44
What do the numbers on this 1960s anti-integration sign mean?
10
MLK used “negro” several times in his “I have a dream”-address. Could white “liberals” at the time also use “negro” as a neutral word for blacks?