Prior to 1790, before dentist chairs, did dentists put the patient's head between their knees?

I read here (and similarly in a book of facts from the TV series QI), that in the 1700s, the dentist would have held your head between his knees as he operated.

I have read that before dentist chairs, they had stools with no head rest, though that link says you'd have sat on the floor.

So, besides the question of is it true that dentists would hold the patient's head between their knees.. and are there sources re that?

I don't quite understand the position of the dentist and patient prior to chairs with head rests. How would this have worked with a stool?

And how would this have worked on the floor? If a patient leans back fully then the dentist would have to be on his knees himself to hold the patient's head between his knees.

And if the patient leans back partially then the dentist would have to arch his back a lot to operate. So what position would the dentist and patient have been in in those days before head rests on chairs?

So, in the days when the patient would've been A)on the floor and B)on a stool.

medicine renaissance
Share
Improve this question
edited May 14 '20 at 13:30

Unfortunately, the source you cite doesn't give any references, but a similar description is also given in Avoiding the Tooth-Pullers: Dental Hygiene, Eighteenth-Century Style, which cites Dr. Johnson’s London by Liza Picard. She cites Antique Dental Instruments by Elizabeth Binnion, who in turn cites the French barber surgeon Ambroise Paré. Unfortunately, very little of the text can be seen but Binnion says Pare (apparently with reference to a specific instrument)

advised that the patient be seated on a low seat with his head between the operator's knees, the gums scarified, the tooth shaken and forced with an elevator, the forceps used as a last resort..

Pare (circa 1510 - 90) was primarily a surgeon with much experience on the battlefield. The article you cite does insert 'quite likely' (for 'no stool') and 'may' (for 'sit on the floor') but it does perhaps give a slightly misleading impression if contemporary visual evidence is anything to go by.

Teeth were also sometimes pulled by tying a piece of string to the offending tooth, with a drum beating in the background to distract the patient. Various other positions / methods were also used, though many were undoubtedly not common. Tooth pullers in France were often exhibitionists who performed outdoors for an audience with the intention of impressing spectators with various 'clever' ways of extracting teeth:

One famous tooth-puller, for example, was known for his trick of extracting a tooth with one hand while firing a pistol in the air with the other, and with his head in a sack. Others performed the act of extraction while seated on a horse

Pierre Fauchard (1678-1761), known as the 'Father of Modern Dentistry' was apparently the first to champion the need of comfortable seating during operations, but we're still some way from Josiah Flagg's first dental chair (1790).

Below are a selection of images showing teeth being pulled, and more can be found by clicking on the links in this post. Keep in mind that some of the images are caricatures, though I've left out the more 'exaggerated ones. 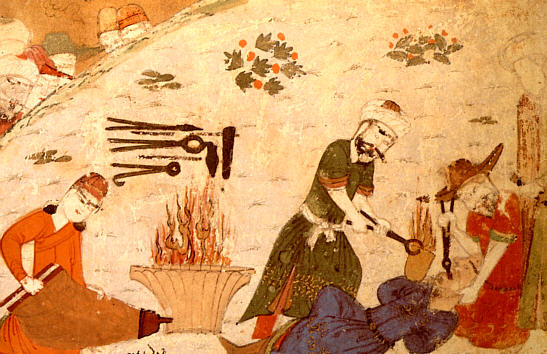 From a Persian manuscript by Abu ʾl-Qasim Firdowsi Tusi (930-1020). Source: Witnesses in the dental scenes in old paintings 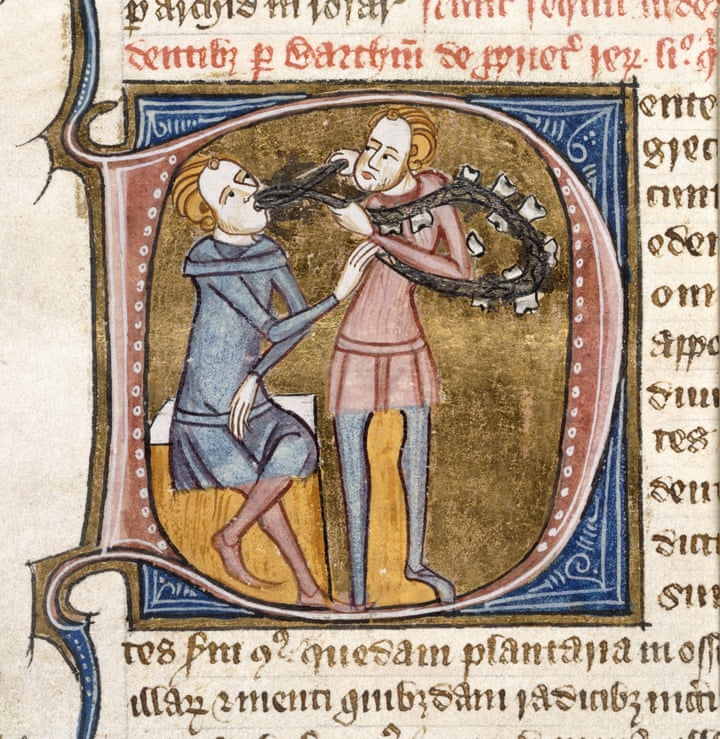 "a dentist with silver forceps and a necklace of large teeth, taken from the Omne Bonum, published in the 14th century." Source: A history of dentistry – in pictures 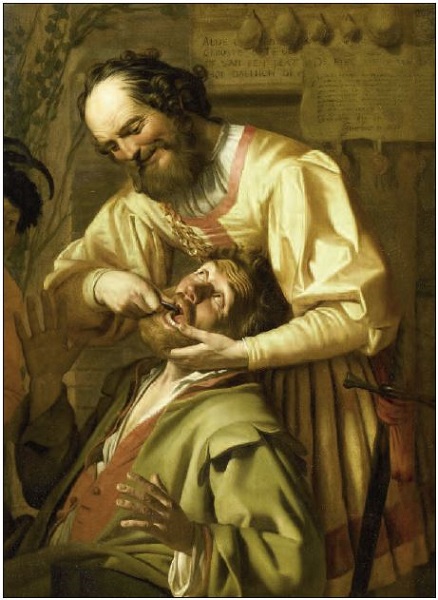 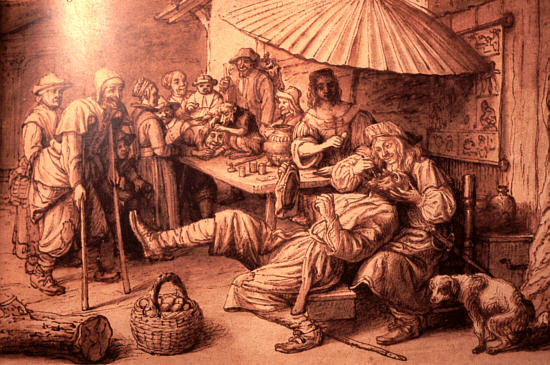 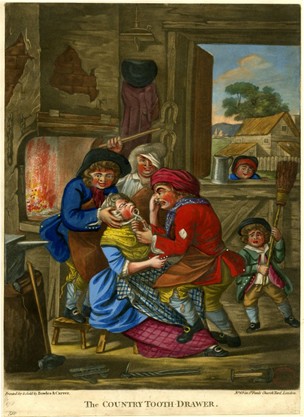 Not the answer you're looking for? Browse other questions tagged medicine renaissance or ask your own question.

4
Did the "ancients" use lead plates to prevent pain in their knees?