How were tanks scrapped after World War Two?

Both Axis & Allied nations produced thousands of tanks during the Second World War. However, not many of these vehicles survive to this day (there are exceptions of course). When reading about the fate of these vehicles, it's always said that these tanks were "scrapped" after the war for their resources.

What was the scrapping process? Are they pushed into a giant scary blender, or are they dismantled piece by piece and melted?

I would think the second method would make more sense, but then again, I also find cases like the M4 Sherman in Wibrin (Belgium) which was saved during scrapping to be preserved as a monument. (This tank looks like it was bitten in half.) 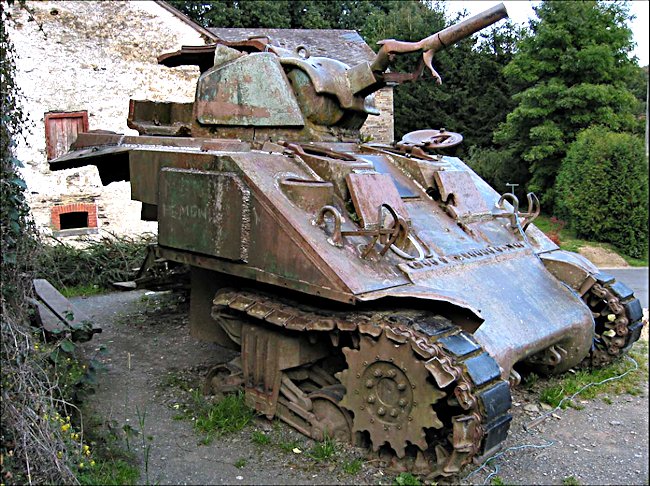 Can anyone clear this up for me and perhaps provide pictures of the scrapping process?

Once nobody was willing or able to use them(either in other conflicts or as bulldozers), tanks were stripped of any particularly valuable or reusable parts, and whatever was left was disassembled/cut up to be used as scrap metal.

(All of the images and detail can be found here or here.)

Vehicles which were destroyed on the battlefield were recovered to either be repaired or stripped. The recovery operations were aided by specialized vehicles(such as the M32) which could move the disabled tanks to scrapyards: 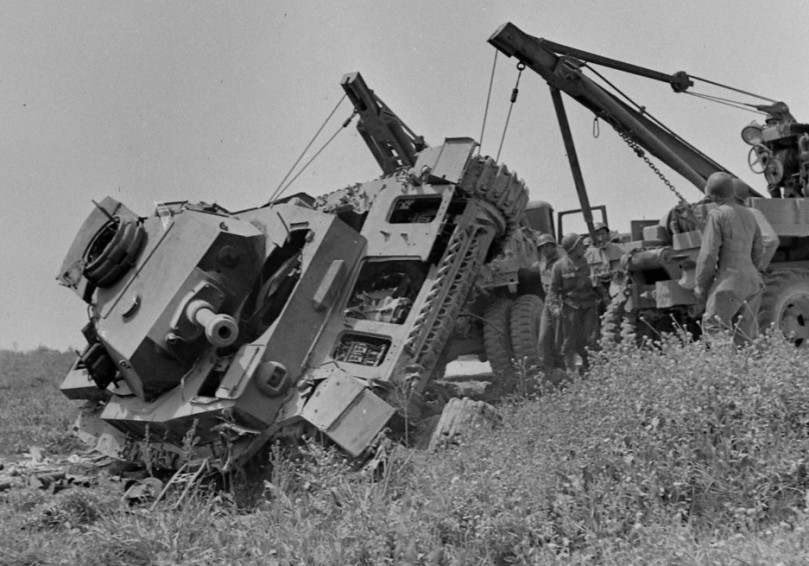 At the scrapyards(also called "strip out yards"), the valuable bits that still worked were removed from the disabled tanks to be used as replacements in more usable tanks. This was also a great time for military research, as engineers could poke around allied and enemy tanks looking for vulnerabilities and areas of improvement.

As for the rest, whatever could be removed from the hull or cut up using on-site tools was piled together. If there were no on-site tools to cut up the tank hulls, then the hulls were shipped to better equipped processing facilities elsewhere. Once disassembled, whatever couldn't be directly used for other tanks was used as regular scrap metal wherever metal was needed: 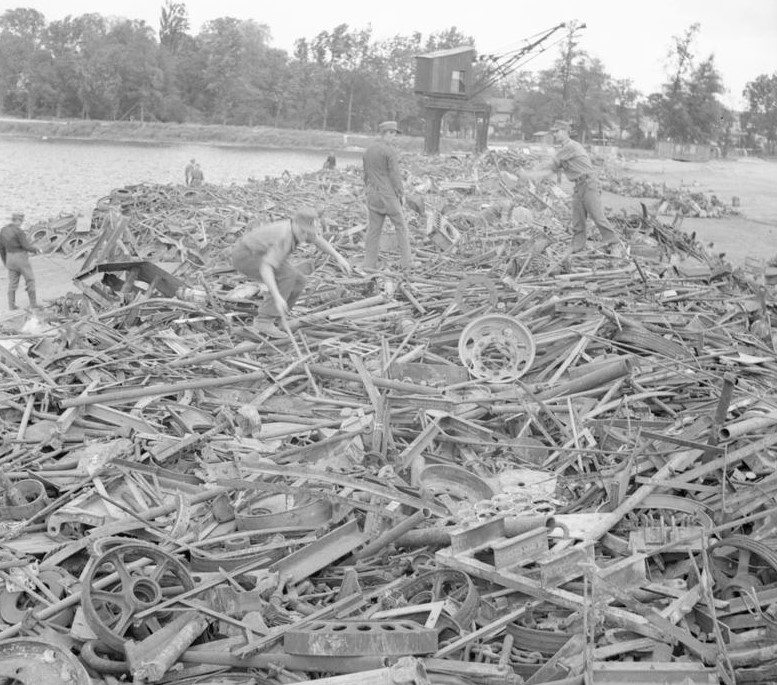 However, once the war was over there were still hundreds of thousands of working vehicles that needed a home. For those that didn't get sold/lent to other countries for other conflicts, there was plenty of room in military depots like those in the American Southwest: 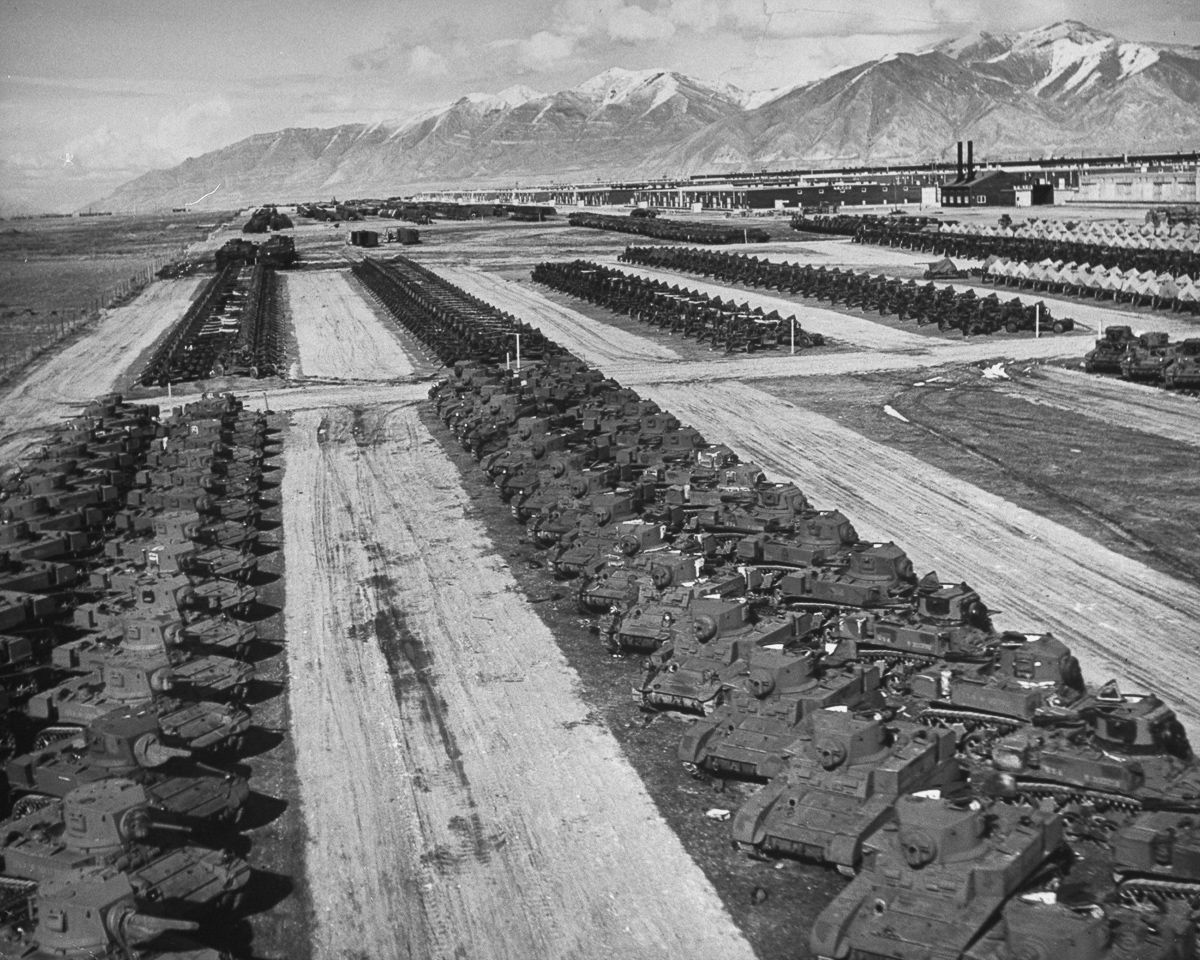 In the years after WWII, the vehicles that weren't expected to ever be used again were stripped, chopped up, and scraped in pretty much the same way as those in the post-battlefield scrapyards(though with much less urgency): 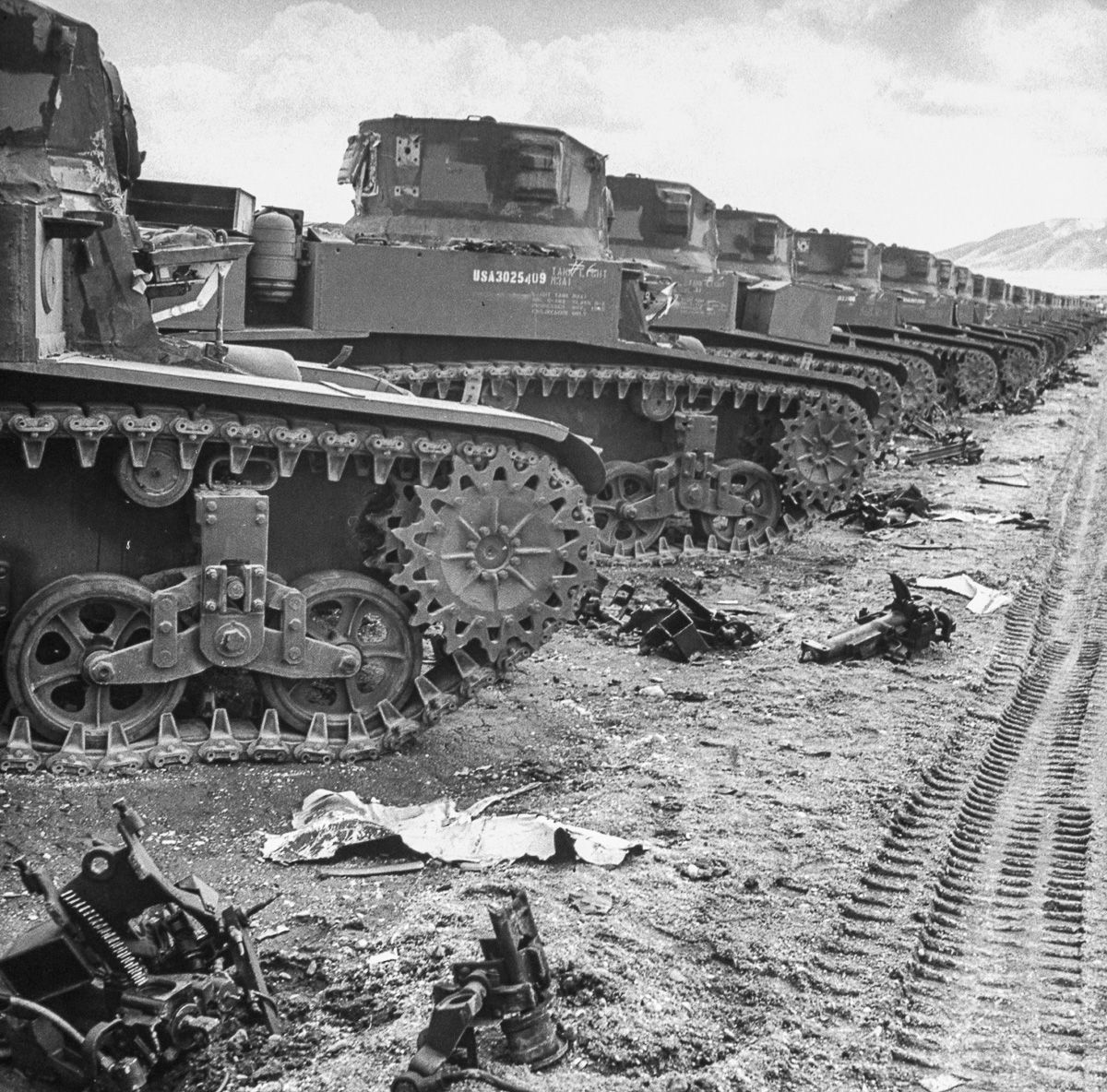 A few of those that weren't scrapped were converted to monuments(as you found) or stored/refurbished in museums or private collections, but many chose a much more humble retirement and were cheaply sold to farmers to be used as tractors(ammo not included): 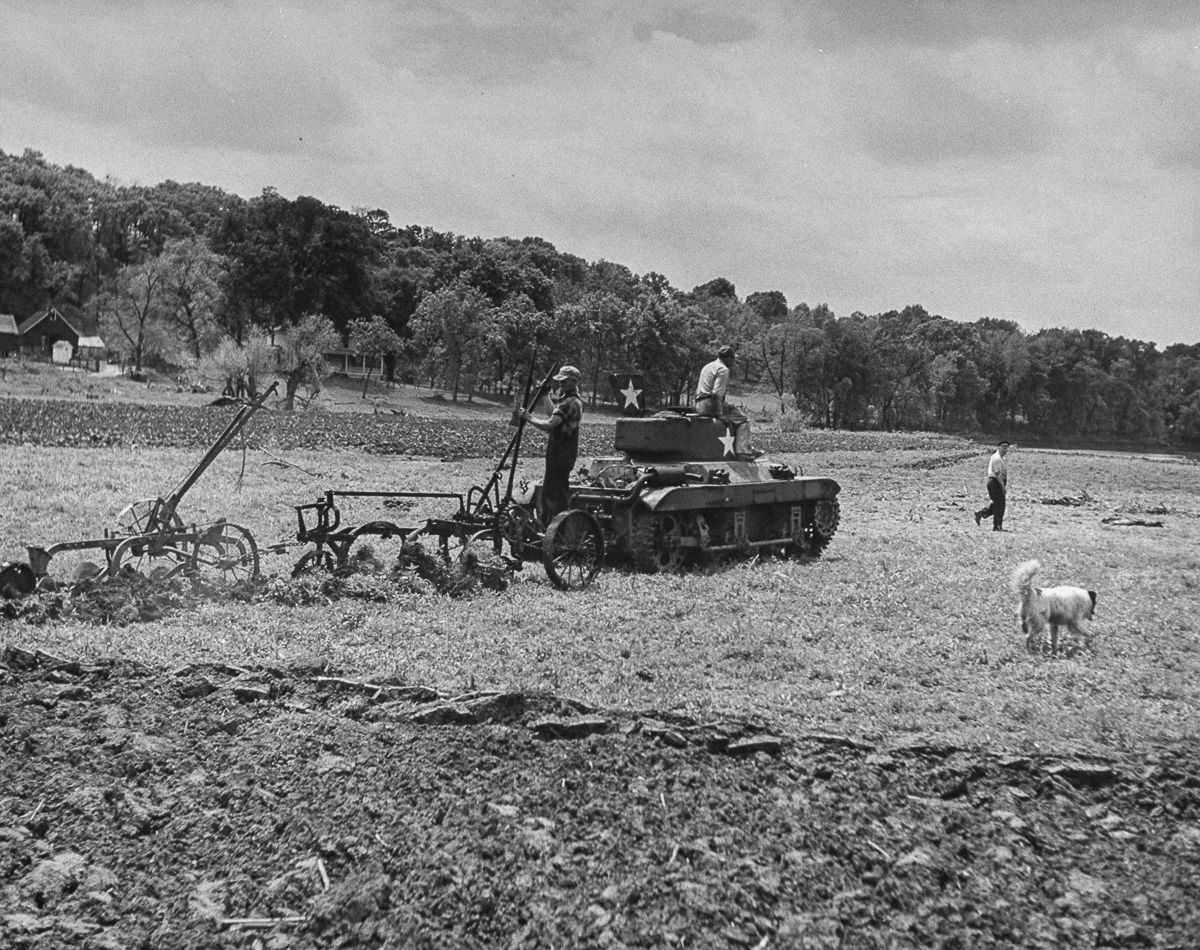 Lightweight items such as car bodywork can be recycled by shredding them but there is no blender that's giant or scary enough to blend a tank. They would have been scrapped in much the same way as other large items such as ships or railway locomotives: partly by being dismantled and partly by being cut up with torches or saws. The resulting scrap would have been separated into the different metals and then melted down to be recycled.

Not the answer you're looking for? Browse other questions tagged world-war-two war tanks or ask your own question.

86
Why did the British scuttle the u-boats surrendered after WWII?

8
Switzerland's political isolation after World War II
34
How was the United States able to produce excellent tanks in 1942?
3
How effective were anti-aircraft defences mounted on tanks such as Panther/Tiger etc?
4
Help needed to identify this badge, probably from World War Two
1
Did Britain call up veterinarians in World War Two?
23
Why did the Soviet Union not "grant" Inner Mongolia to Mongolia after World War Two?
10
How did Soviet soldiers resist tanks during the battle of Shumshu?