Where can I find an explanation of the variations in style of Egyptian hieroglyphs?

I've seen that Egyptian hieroglyphs are not always written or drawn identically.

Long time ago I made a trip in Egypt and saw, in the Valley of the Kings, a tomb with hieroglyphs on the walls that were just drawn, in black I think, not engraved. The style of these hieroglyphs was very simple, and looked 'modern' to me. I didn't make a photo of them (it was not allowed), and I can't find a image on the web for these particular hieroglyphs...

Is there any reference online for the evolution of the shape of hieroglyphs?

From a bit of research, it seems that hieroglyphs can be drawn in several distinct forms:

Here's a picture of linear, pure and profile hieroglyphs, from an article comparing them to modern GUI standards:

I suspect that the linear style is what you saw.

Although hieroglyphs, and indeed the Egyptian language, did change over time, the tombs in the Valley of the Kings all date to the same period. The royal tombs there were all cut in the New Kingdom, and date from about 1540 BCE to about 1075 BCE.

The language spoken in Egypt at that time is what we now call Middle Egyptian. The written hieroglyphic language consisted of around 900 hieroglyphs, and there were no significant changes in the form of hieroglyphs over that period.

It is important to note that there were three distinct scripts used in Ancient Egypt. 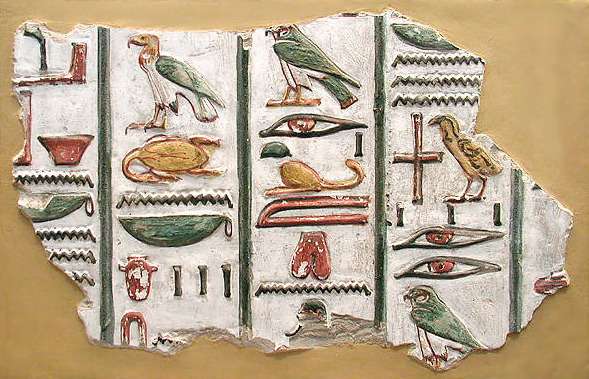 These are the most recognisable of the scripts used in Ancient Egypt. They were used primarily in tombs, on offering stelae and on monumental inscriptions. 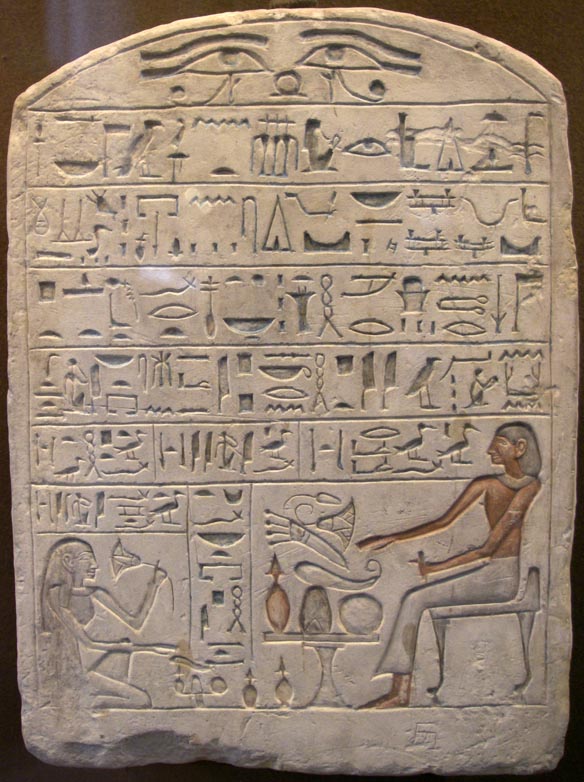 It was also one of the three scripts used to record the inscription on the Rosetta Stone (together with Ancient Greek and Egyptian demotic - see below). The number of symbols expanded significantly in the late period, and they continued to be used right up to the 4th century CE. 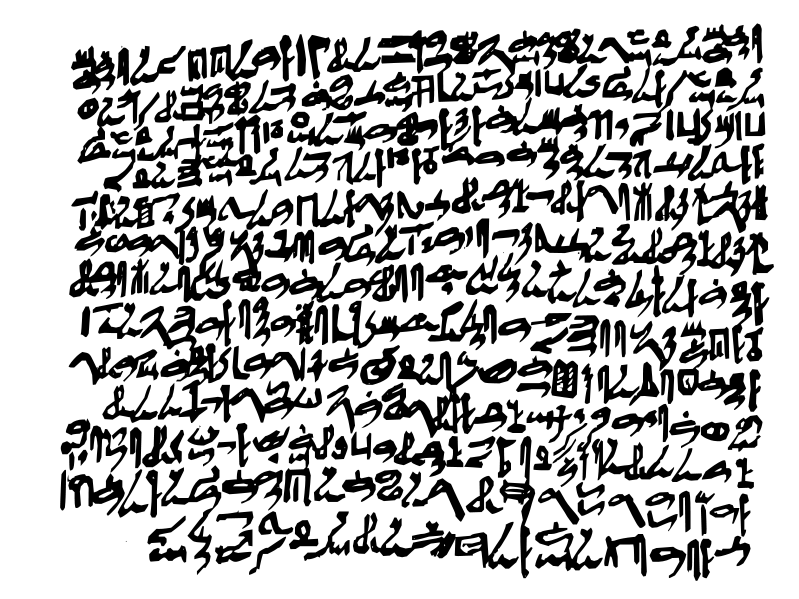 This was the most commonly used form of the language, generally written on papyrus with reed pens. 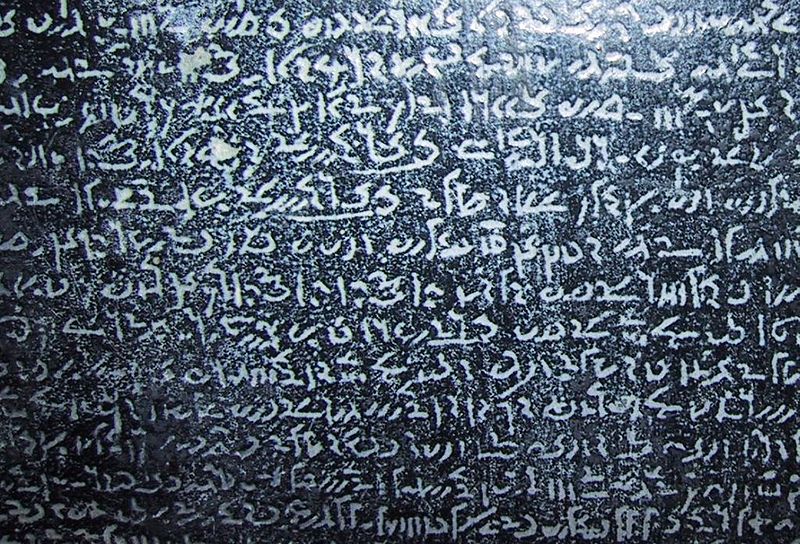 This developed from the hieratic script and was used to write in what we now call Late Egyptian.

The Tombs of the Valley of the Kings

In the royal tombs in the Valley of the Kings, all the inscriptions used the hieroglyphic script.

As a result of records that we have recovered from the workers village at Deir el Medina (also, see my answer to the question 'Where can I find reliable primary sources written by Ancient Egyptian laborers?' for more)), we know a great deal about how tombs were built in the Valley of the Kings.

Of course, if the pharaoh died suddenly, the work had to be completed in a hurry (the pharaoh had to be mummified and buried according to a strict timetable). As a result, we have examples of all these stages where work had been interrupted.

Some of the best physical evidence we have for the various stages comes from the tomb of Horemheb (designated as KV57): 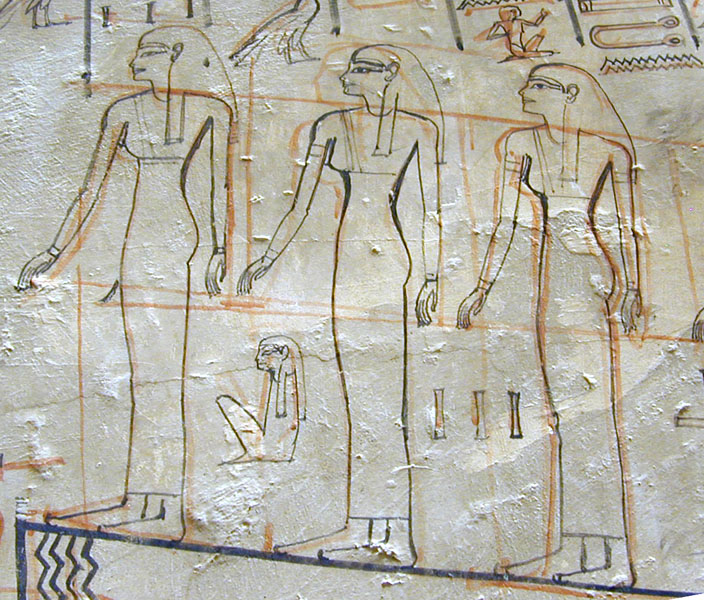 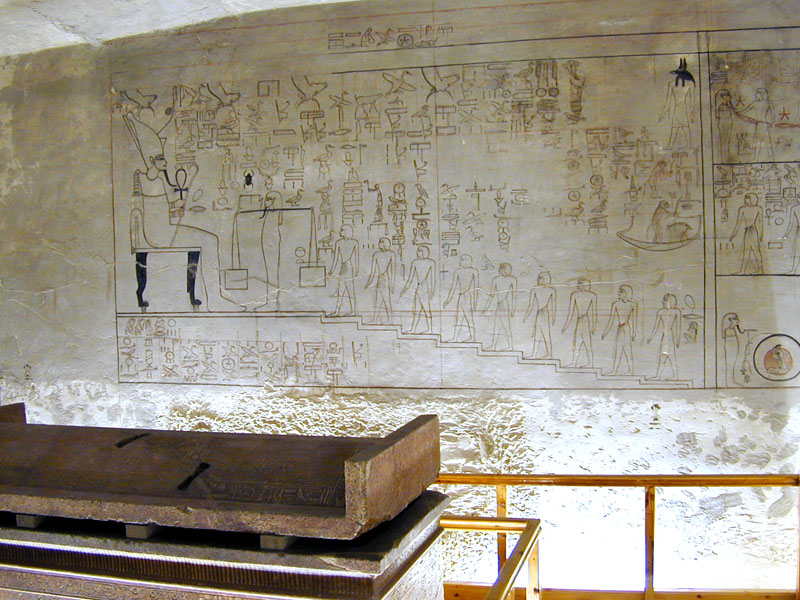 There are more images of KV 57 available on Osirisnet, if you are interested.

For more information about the tomb of Horemheb, you might enjoy the recording of a lecture titled Haremhab, Pharaoh and Conqueror: New Investigations in His Royal Tomb in the Valley of the Kings on YouTube.

Based on your description, I'd say that what you saw was probably the version painted onto the walls by the draughtsmen, before they were carved and painted. However, without knowing which tomb you actually visited, it is impossible to say for certain.

Perhaps some of the images on Osirisnet (link above) will jog your memory.

Not the answer you're looking for? Browse other questions tagged language ancient-egypt writing or ask your own question.

3
Where can I find reliable primary sources written by Ancient Egyptian laborers?