What are the ruins in Turkey near Kömürcü Köyü? 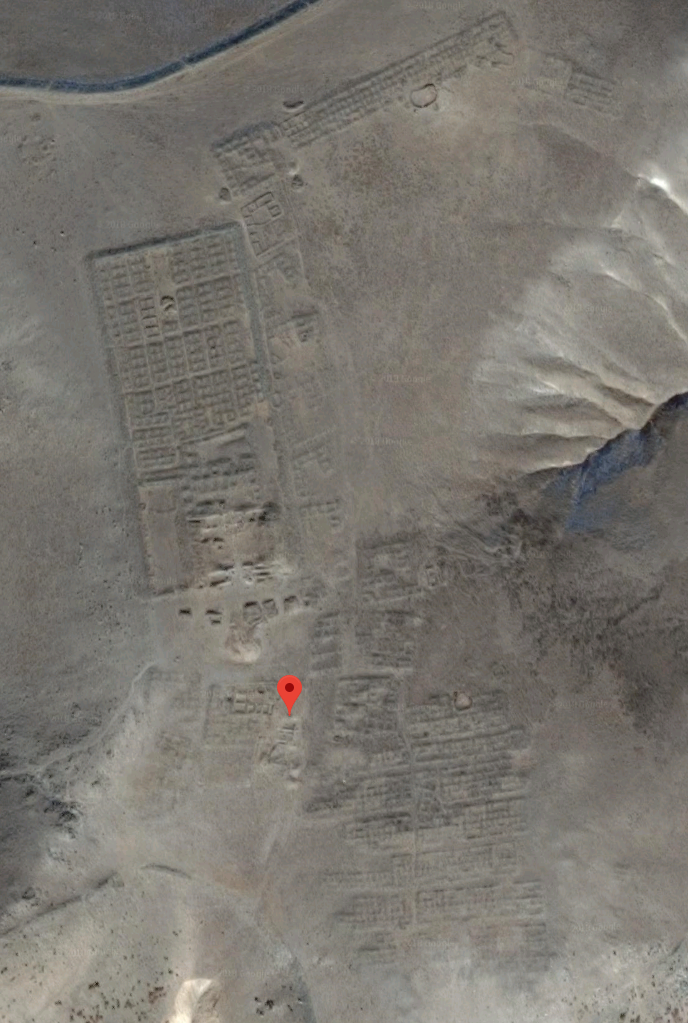 I tried to search but I found nothing. It looks like ancient construction, but maybe it's nothing.

and OP's coordinates are in blue for comparison:

The former claims within 5 metres and the separation seems more like 500+ metres but some difference might be accounted for by different datums.

Göllüdağ is a large fortified mountain top (2172 m.) settlement of Neo-Hittite period. It is near the village of Kömürcü in Gölcük, Niğde. The settlement dates to the end of 8th century BCE. The ruins are located right next to the crater lake of the inactive volcano. Two large portal lions, known as the Göllüdağ Lions, were found at the south gate of a 112x228 meters sized building that is thought to be the palace. The lions are currently in the Kayseri Museum. Another portal lion and a couple of unfinished sphixes from Göllüdağ are in the Niğde Museum. Göllüdağ excavations were initially made by Remzi Oğuz Arık in 1934. Further excavations were carried out by Burhan Tezcan in 1968-69 and Wolfgang Schirmer in 1992-94.

That's the most prominent site in the Gollu Dag Archaeological Complex. Its a city from the Neo-Hittite Period, which falls roughly in the first half of the Iron Age. The region is archaeologically significant because it is rich in obsidian deposits. There are hundreds of sites dating from the Paleolithic and Neolithic periods, when obsidian was the most sought after raw material. Komurcu Kaletepe is another prominent site in Gollu Dag. The well known Neolithic site of Asikli Hoyuk is not far away.

Another source identifying it as Neo Hittite: Cappadocia Explorer. August, 2009 article in Turkish

Not the answer you're looking for? Browse other questions tagged archaeology turkey or ask your own question.

12
Ancient statue I found near my place
1
Military capacity of Turkey during the Cuban missile crisis (1962)?
8
What are the current obligations of Treaty of Lausanne?
20
What is known about the Ubaid lizard-people figurines?
5
Were ancient people interested in archaeology?