What's the dating of the standard Akkadian version of the Gilgamesh Epic?

The most recent Akkadian version (c. 1200 BC), also referred to as the standard version, consisting of twelve tablets, was edited by Sin-liqe-unninni and was found in the Library of Ashurbanipal in Nineveh

But it appears that the tablets on which the epic was written date to 7th century BCE. Do I understand correctly that the Epic was compiled in 12th century BC, but the extant tablets containing it were created in 7th by a scribe for Assurbanipal?

Yes, you do understand correctly.

The best preserved tablets containing the standard Akkadian version were discovered in the Library of Ashurbanipal in Nineveh by Hormuzd Rassam in 1853. These tablets are now held in the British Museum: 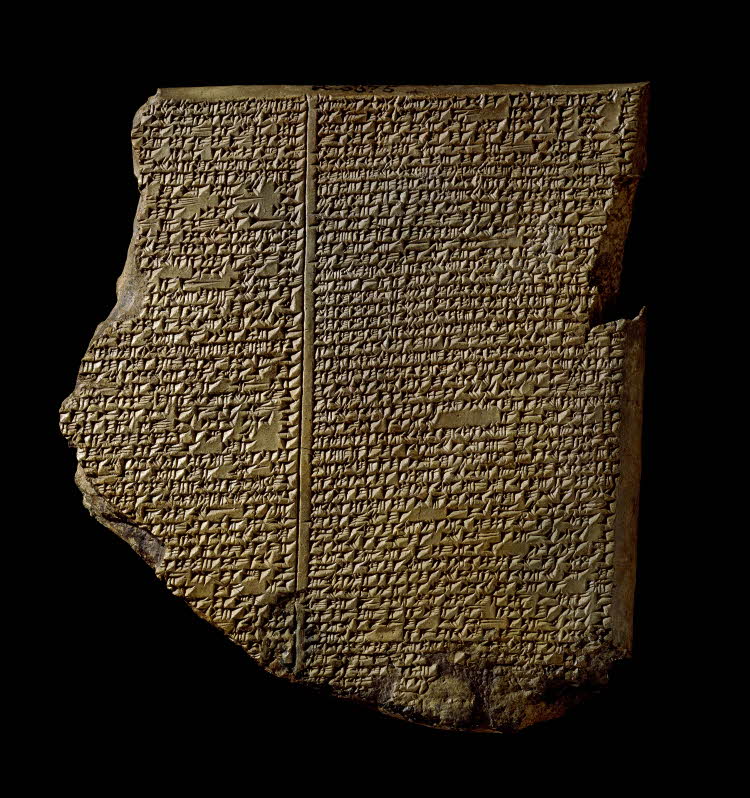 However, even though the tablets recovered from the Library of Ashurbanipal in Nineveh had been written in the 7th century BCE, they included the the name of Sîn-lēqi-unninni, who was the person that had compiled that version of the text sometime between 1300 BCE and 1000 BCE.

As a result, we can say that the tablets from the Library of Ashurbanipal were 7th century BCE copies of a much earlier (c. 1200 BCE) text.

It is worth stressing just how rare it was for the name of the person who compiled the text to be included in a cuneiform text at this date. However, Sîn-lēqi-unninni was not the author of the Epic of Gilgamesh.

As Andrew George observed in the introduction to his 1999 translation:

He [Sîn-lēqi-unninni] could not have been the original composer of the Babylonian epic, for a version of it already existed in the Old Babylonian period, but probably he gave it its final form and was thus responsible for the edition current in first-millennium libraries, the text that here we call the standard version.

If you are interested in learning more about the origins of the Epic of Gilgamesh, and how the story evolved, I'd highly recommend The Babylonian Gilgamesh Epic: Introduction, Critical Edition and Cuneiform Texts by Dr Andrew George of SOAS (published by Oxford University Press in 2003).

Not the answer you're looking for? Browse other questions tagged mesopotamia or ask your own question.

5
Are images of the original tablets for the Epic of Gilgamesh available online?
1
How is a tablet transcribed?