What is this medal that LBJ is wearing?

This photo shows President Lyndon Johnson wearing a medal that I can't ID: 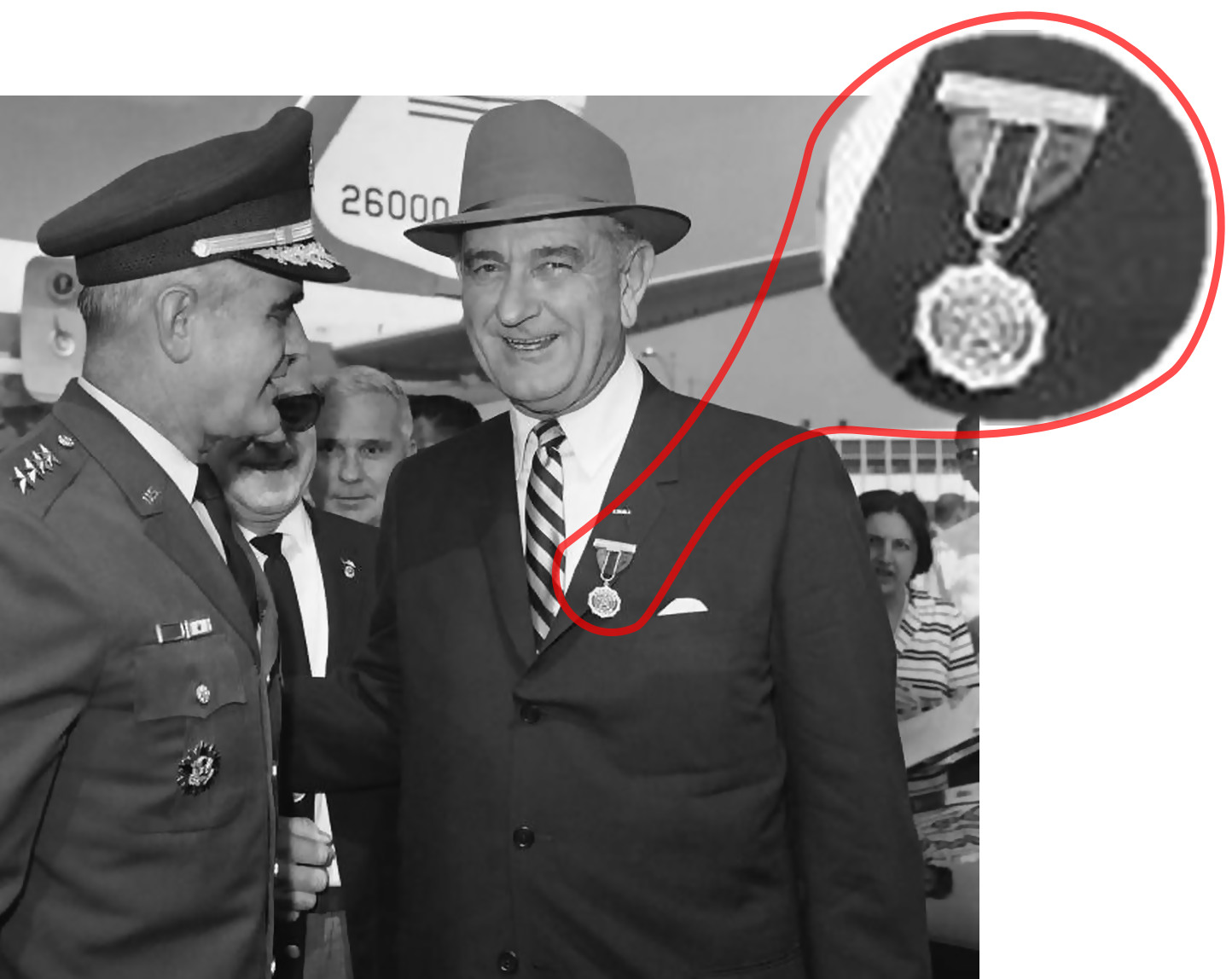 (LBJ, Westmoreland, and Air Force One. ¿In New Orleans?)

LBJ supposedly won the Silver Star in WW2, but that looks different:

So, what is that medal on LBJ's lapel?

Update: The original image is apparently an AP photo. And AP says:

...Army Chief of Staff Westmoreland had just arrived and will address the American Legion Convention Tuesday evening on Sept. 10, 1968 in New Orleans,Los Angeles. No explanation for (the) medal on Johnson's lapel. ( AP Photo)

It's the medal of the American Legion: 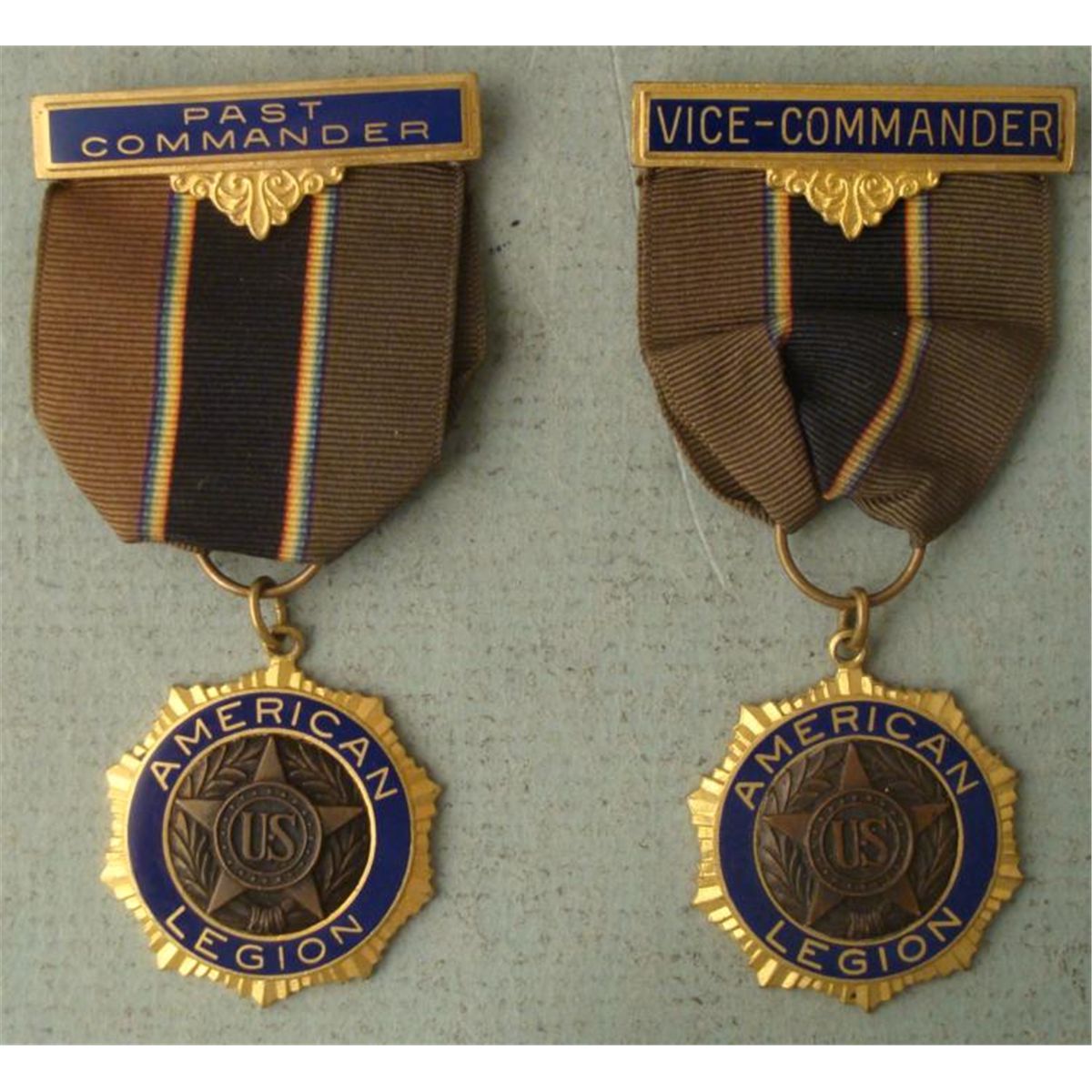 According to the notes that accompany the picture on the AP website, the photograph was taken:

... after President Johnson's address to the national convention of the American Legion Tuesday afternoon,September 10, 1968.

JBJ was famously a member of the American Legion, and was awarded the Legion’s Distinguished Service Medal in 1968.

Similar lapel badges are still available to members of the American Legion.

can be seen above the Legion medal on LBJ's lapel

Not the answer you're looking for? Browse other questions tagged political-history identification president or ask your own question.