What is the meaning of the elements of this emblem? 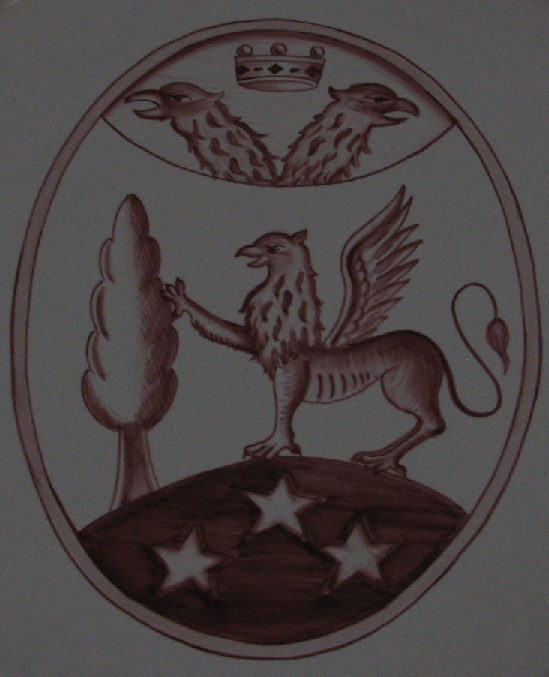 This is a reproduction of an emblem passed down my family. The odd elliptical shape comes from the fact that the original is on a ring used for wax-sealing.

We guess that the middle portion is the emblem of our family proper, as it appears almost identical also in the emblems of other branches of the family that we found reproduced in churches and the such.

The top part could be a link to the Austrian empire (the family comes from a part of Italy that was under Austrian domination until 1848), the other working hypothesis is that instead is a link to the Spanish empire, since that same region was previously under Spanish domination.

The bottom part with three stars is the one that puzzles us the most. My great-grandfather used to joke that it was the certification that an ancestor held a nobiliar title, but we never found any information that could dispel the doubts either way.

My grandfather was able to reconstruct our history back to the mid 1700s, but this has not unearthed much that could explain the various components of the emblem.

Is it possible to reconstruct the meaning (and possibly history) of this emblem? If yes, what are they?

The double eagle at the top points towards the Austrian(-Hungarian) empire.

But above that is a Erbritterkrone with only three pearls (well, actually four, three of them visible…). This is apparently unique to Italy.

The griffin, griffon, or gryphon (Greek: γρύφων, grýphōn, or γρύπων, grýpōn, early form γρύψ, grýps; Latin: gryphus) is a legendary creature with the body, tail, and back legs of a lion; the head and wings of an eagle; and sometimes an eagle's talons as its front feet. Because the lion was traditionally considered the king of the beasts and the eagle the king of birds by the Middle Ages the griffin was thought to be an especially powerful and majestic creature. Since classical antiquity, Griffins were known for guarding treasure and priceless possessions.

In heraldry, the griffin's amalgamation of lion and eagle gains in courage and boldness, and it is always drawn to powerful fierce monsters. It is used to denote strength and military courage and leadership. Griffins are portrayed with the rear body of a lion, an eagle's head with erect ears, a feathered breast, and the forelegs of an eagle, including claws. These features indicate a combination of intelligence and strength.[22] In British heraldry, a male griffin is shown without wings, its body covered in tufts of formidable spikes, with a short tusk emerging from the forehead, as for a unicorn. The female griffin with wings is more commonly used.

Curious are the just five rays for the three stars. That would be the "English" type, the "German" style would often feature six or even more. As the creature stands on a single hill it might be connected to alpine or subalpine regions, and the little tree or shrub it touches might indicate forestry as the main source of income or field of oversight / economic significance?

From that I would conclude that early 19th century, Habsburg, Italy (From South Tyrol to Venetia?), low nobility are the connections to observe. But that is not from the mound at the bottom but from the crown at the top. But that is uncertain.

Hereditary knight is a noble title very peculiar, granted in Italy in the territories subject to Austrian or Spanish domination (in particular in Lombardy, Sicily and Sardinia), mainly in favor of all the males of a family.

According to the regulation of the Italian Heraldic Council, the title of Hereditary Knight is the lowest of the hierarchy, placed at a level immediately lower than that of Noble citizen . In contrast, in the German-speaking countries that had been part of the Holy Roman Empire the title of Hereditary Knight was superior to that of a nobleman and was placed at a level immediately below that of a baron/lord.

As the Sardinian and Sicilian areas do not come into question and Piedmont is too far West for it will have to be Lombardy? More specifically, other coats of arms in the region with some similarity seem to centre around Brescia. Capriano del Colle, Chiari, Concesio, Marmentino, Marcheno, Offlaga and Pian Camuno. 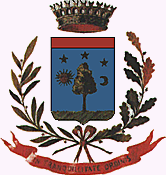 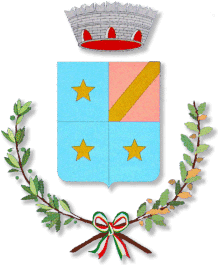 Other are too deviating on their stars but may be worth a look too.

Not the answer you're looking for? Browse other questions tagged italy heraldry or ask your own question.