When did "Africa" become the name of the whole continent?

I learned from wiki that Africa was the name of a Roman province during Roman times, and that the continent was divided into Libya, Egypt and Ethiopia.

So when did Africa become the name of the whole continent, while Libya's meaning was restricted to only a small part of the ancient Libya?

The earliest available evidence of 'Africa' applied to the whole continent (including Egypt) would appear to date from the work of 16th century map makers. Abraham Ortelius (1527-98) produced this map in 1584: 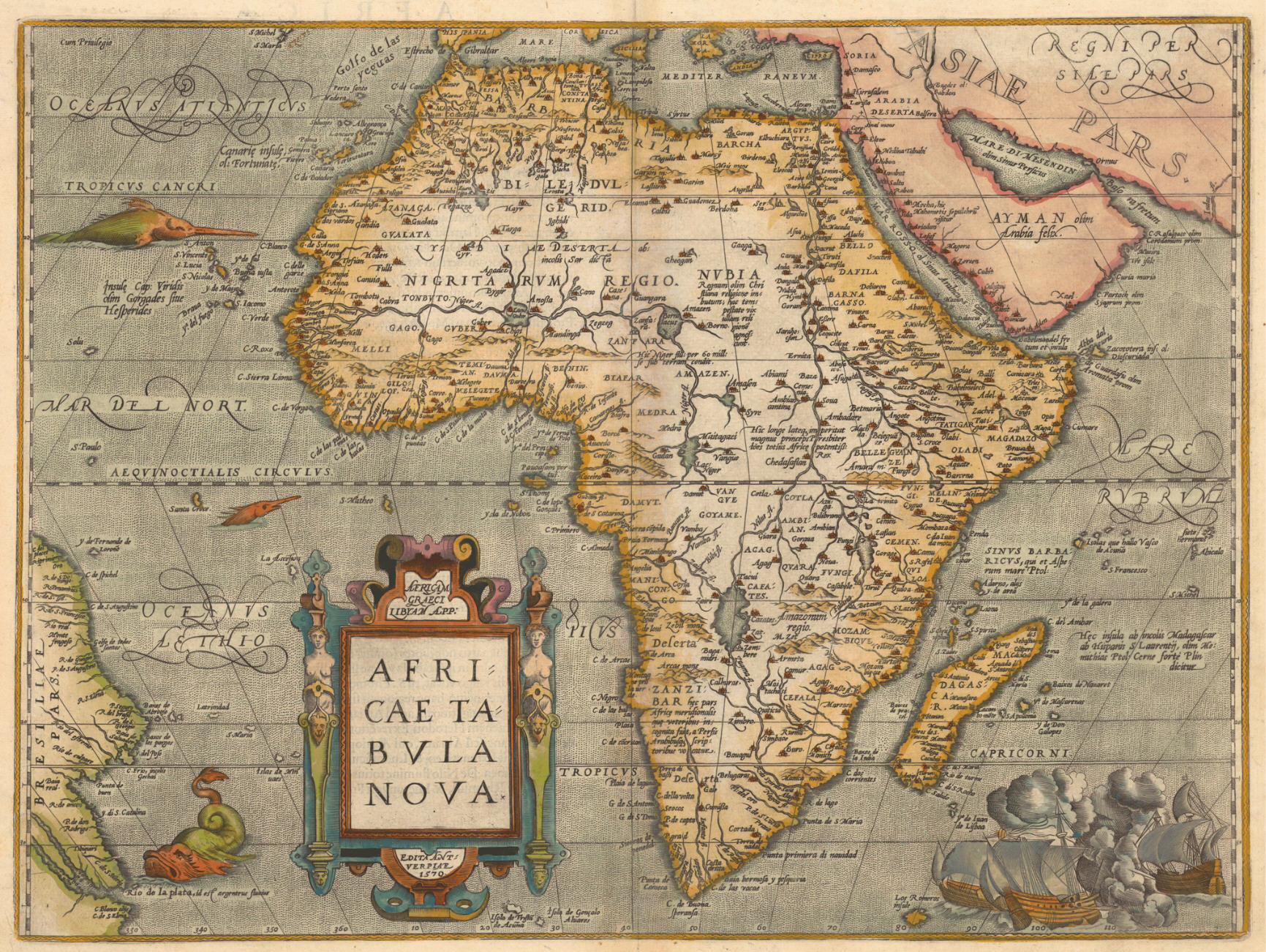 Source: Evolution of the Map of Africa

A map by Rumold Mercator comes just 3 years after Ortelius' but judging by the colouring, Madagascar is clearly excluded. This map was presumably primarily the work of his more famous father Gerardus Mercator whose first world map dates back to 1538, but there I've been unable to find a clear reference to Africa applied to the whole continent. 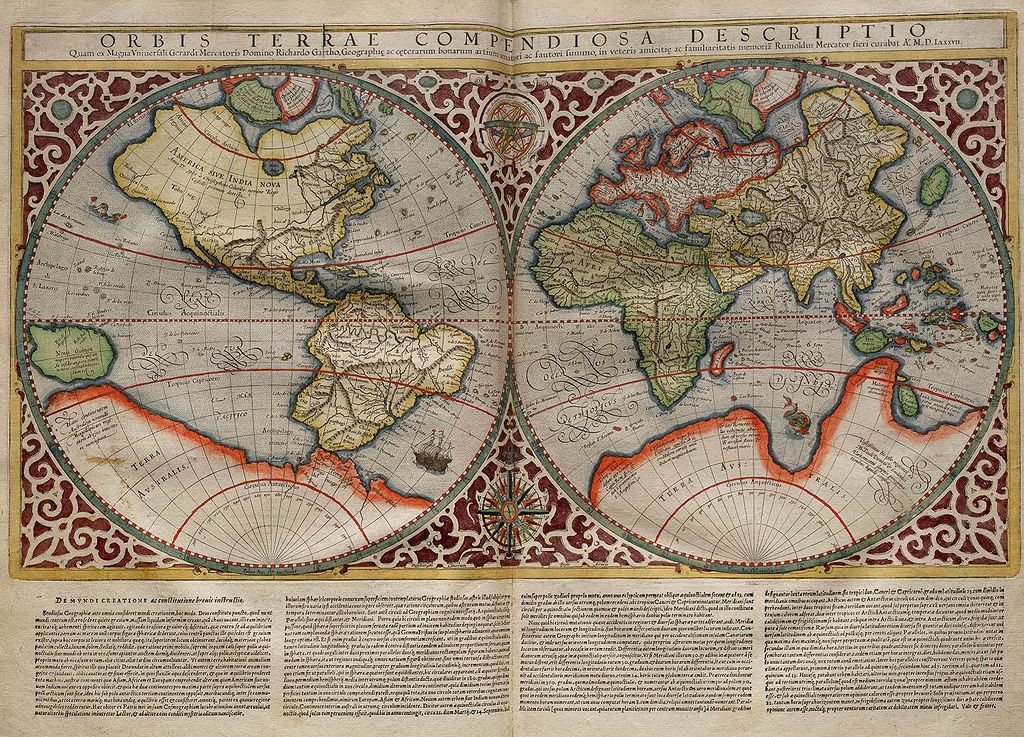 An editor's note in the General History of Africa, vol. 1 says:

From designating the North African coast, the word 'Africa' came to be applied to the whole continent from the end of the first century before our era.

True enough if one excludes the area east of the Nile (see Semaphore and fdb's answers), but the Romans and the Byzantines had Egypt as a province, separate from (North) Africa. The Arab cartographer Muhammad al-Idrisi (1100-65) made a number of maps but does not seem to show Egypt as part of the African continent (there's a pdf download here: World Maps of al-Idrisi). Al-Idrisi, who was in the court of Roger II of Sicily, travelled widely and produced a work titled (Wikipedia translation) Recreation of the desirer in the account of cities, regions, countries, islands, towns, and distant lands. This may possibly contain a reference to 'Africa' for the whole continent, but I've been unable to find a copy.

In the 14th century, included in the document World Maps of al-Idrisi is a later (1381) world map in "Ibn Khaldun’s monumental work, The History of the World, 1381", but this too provides no evidence.

Ortelius's map was followed by other maps showing Egypt included in the African continent (see this 1656 one and this one from 1710).

Africa was the Roman name for the land south of the Mediterranean but they had no idea of its southern extent and they had no idea the world was made up of continents. Their concept of Africa simply expanded as the area known expanded and it "became" a continent when they discovered you could sail most of the way round and that there were other "continents".

Africa has been used as the name of the continent since the Roman Empire. In the circa AD 600 medieval encyclopaedia Etymologiae, for example, Isidore of Servile wrote that:

The [globe] is divided into three parts, one of which is called Asia, the second Europe, the third Africa. The ancients did not divide the three parts of the globe equally, for Asia extends from south to north in the east, but Europe from the north to the west, Africa form the west to the south.

That is, the entire landmass in this direction, bounded by the oceans, was considered "Africa". This is well illustrated by Medieval world maps, for example the T-O maps that accompanies versions of the Etymologiae: 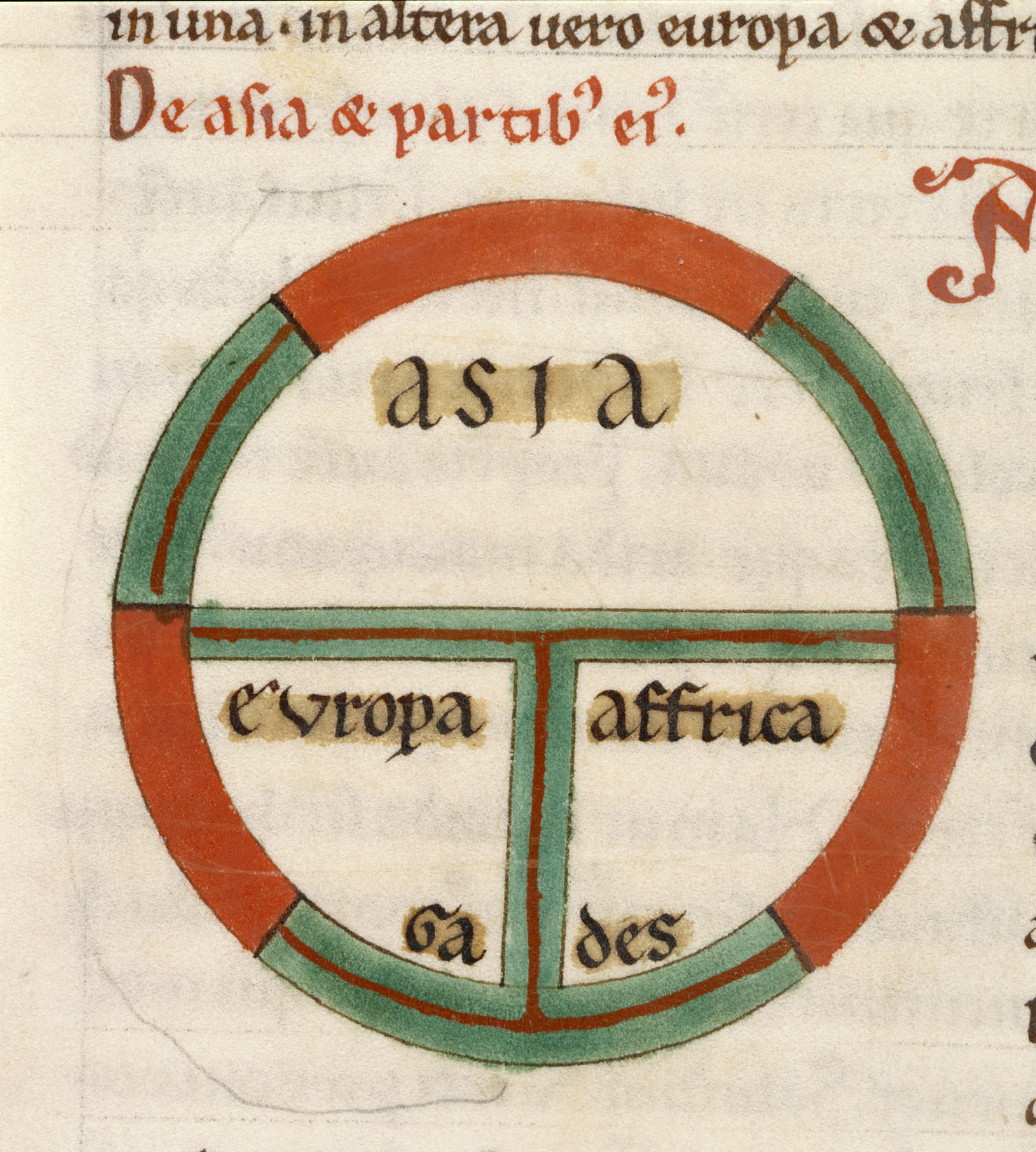 From a 13th century manuscript of the Etymologiae. Source: Wikimedia Commons

While certainly extremely crude, this graphic neatly showcased the Isidore's conception how the world was divided, which to him was already received wisdom passed down from classical antiquity. Likewise, this high medieval illustration from Bede's De rerum natura depicts the entire landmass, as bounded by the oceans, with the label "Affrica". 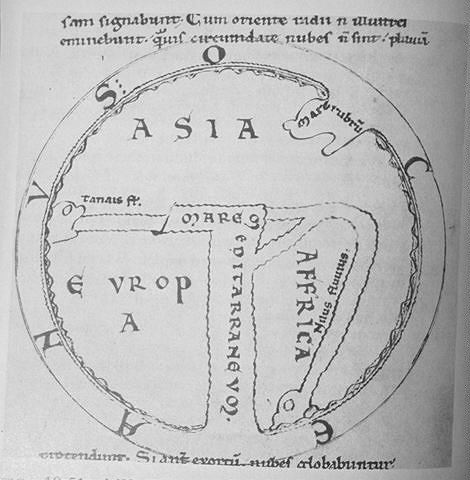 While Europeans of the time had no good conception of what Africa actually looks like, it is clear from both their writings and drawings that "Africa" was their name for the entire landmass.

The division of the earth into three parts with the names Africa, Europa and Asia is first attested in the Roman author Pomponius Mela, who lived about the beginning of the Christian era. He uses these names in his “de Chorographia” 1,8:

Not the answer you're looking for? Browse other questions tagged africa geography libya or ask your own question.

3
Has the Delmarva Peninsula been known by any other name?
13
Why didn't Turkish become an official language in former Ottoman colonies in the Middle-East and North Africa?
12
Did the Romans see Africa as a black continent? Was there a perception of a divide between Africa and Europe?
35
How kind were the Muslim occupations of North Africa?
12
Historically, when (and why) did Ganga become a holy river? Is it after Sarasvati dried up?
6
When was the first confirmed circumnavigation of Africa?
2
When did the spherical shape of the Earth become common knowledge?
8
What do we know about the location of Islamic schools in pre-colonial Africa?
12
How have African countries kept the boundaries divided by colonists and countries unified for decades, despite the many ethnical groups and conflicts?
6
When and why did "Near East" become "Middle East?"