Why does some Califate money feature crosses?

Why does some Muslim money feature crosses? 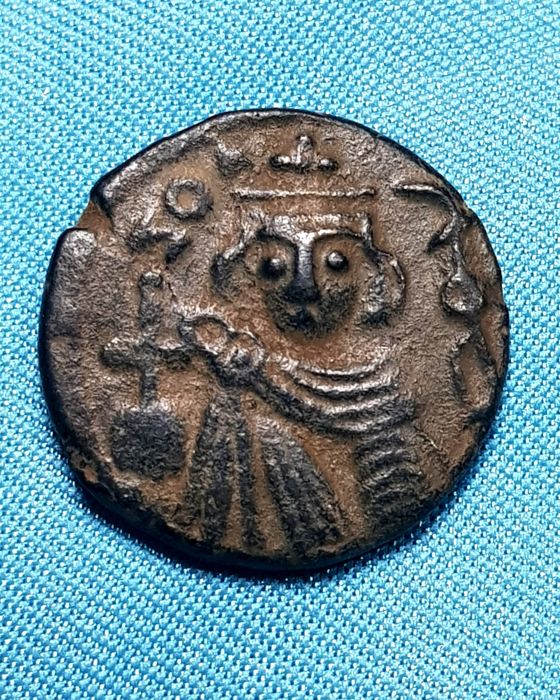 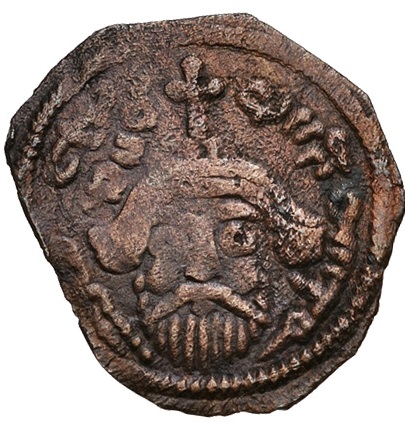 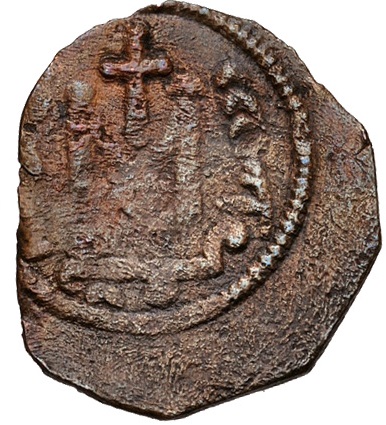 Was the cross an early Muslim symbol?

The top picture is quite obviously a coin with a crude depiction of a seventh century "byzantine" emperor holding a globe with a cross on top. The early Muslim coins issued in former Roman territories were obviously based on Roman coins which the subject people were more familiar with, or else made with reused and modified Roman coin dies.

In 636 the Arabs defeated the Byzantine army at the Battle of the Yarmuk. Jerusalem surrendered to the Caliph Umar the next year. As the circulating coinage in Arab-ruled Syria and Palestine wore out, there was an urgent need for fresh supplies of money.

Local authorities began striking copies of the Byzantine copper follis. The prosperous Jordan valley town of Scythopolis (Beit She’an, Israel) issued a heavy follis copying the coins of long-dead Justin II (reigned 565-574). Most other towns issued light coppers of four to six grams, closely following the types of the current emperor in Constantinople (Heraclius until 641, then Constans II until 668). As the weight standard of Byzantine coppers declined, Arab imitations kept pace, but the workmanship and quality of the imitations is often better.

In fact, I dimly remember an account of some dispute about coins between Emperor Justinian II (first reign 685-695) and the Caliph that was used to explain why the Caliph started issuing coins with a new, more Muslim design, but I don't know if that story is true.

It is because the Umayyads either copied Byzantine coins, or reused Byzantine dies, changing the text.

4
How was money transferred before digital transactions?
8
What did the paper money of the Ilkhanate look like?
8
Why does the Star of David feature on these African coins from 20th century?
7
What is a medieval symbol for money/trade/banking?
7
Does any of John Sutter's tin money survive?
1
Is there validity to the claim of a scavenger hunting barter economy in the history of money?
2
What does Tuchman mean by transition to a "money economy" in the Middle Ages?