What do these symbols & annotations in medieval and related texts mean?

Looking at some texts and not sure what these symbols mean in these few cases. Wondering if one could just list off real quick what the purpose is of the symbols or patterns (like the spacing patterns), and if they can be removed or changed to something else.

For (1), I'm wondering if the spacing needs to be like that (in addition to if it has a purpose). If the spacing doesn't need to be exactly like that, wondering if I could change it to be however I want (such as just flat left side, no odd/even indentation).

For the square brackets like [foo], wondering if they are inserting text into the document (the one who uploaded this text), or if that's something else.

Have no idea what the other types of brackets like < and » are for.

This question illustrates a perennial problem with manuscript transcription: there is no single book of standards that is universally applied! To quote from David L. Vander Meulen and G. Thomas Tanselle:

There has never been a single standard convention for the transcription of manuscript texts, and it is not likely that there will ever be one, given the great variety of textual complications that manuscripts - from all times and places - can present.

In general, particular institutions have their own standards for transcription. We just have to get used to them. For anyone who is fairly new to the subject, I would usually recommend reading every transcription manual they can get their hands on. These will often contain include rules and guidance that are very different from the standards we were taught, and give some insight into the variety that we encounter out in the 'real world'!

The indentation that you noted:

This format is still occasionally used in modern English translations, thus for the verse above it would be:

The single brackets on <hor> indicate that the first part of the word was missing, and that 'hornas' is the postulated reconstruction.

In the case of the Finnsburg Fragment, this is especially problematic since the original manuscript has since been lost, and all we have today is a transcription made in 1705. For more on this, you might find Finnsburh: Fragments of Fact, Fiction, and History by Kayse Schmucker of interest.

For a fully diacritically-marked text and translation, see the Finnsburh Fragment on Beowulf on Steorarume.

For the Owl and Nightingale, if we look at the original manuscript text the reasons for the use of square brackets in this case become clear:

The first expands the abbreviation in the eighth line, and the second supplies the letter 's' that seems to have been omitted by the original scribe.

As noted in the Wikipedia article, it appears from the context that the word 'sterro' ('star') was omitted by the scribe. The angle brackets are used here to indicate that the transcriber has corrected the (presumed) error by the scribe. 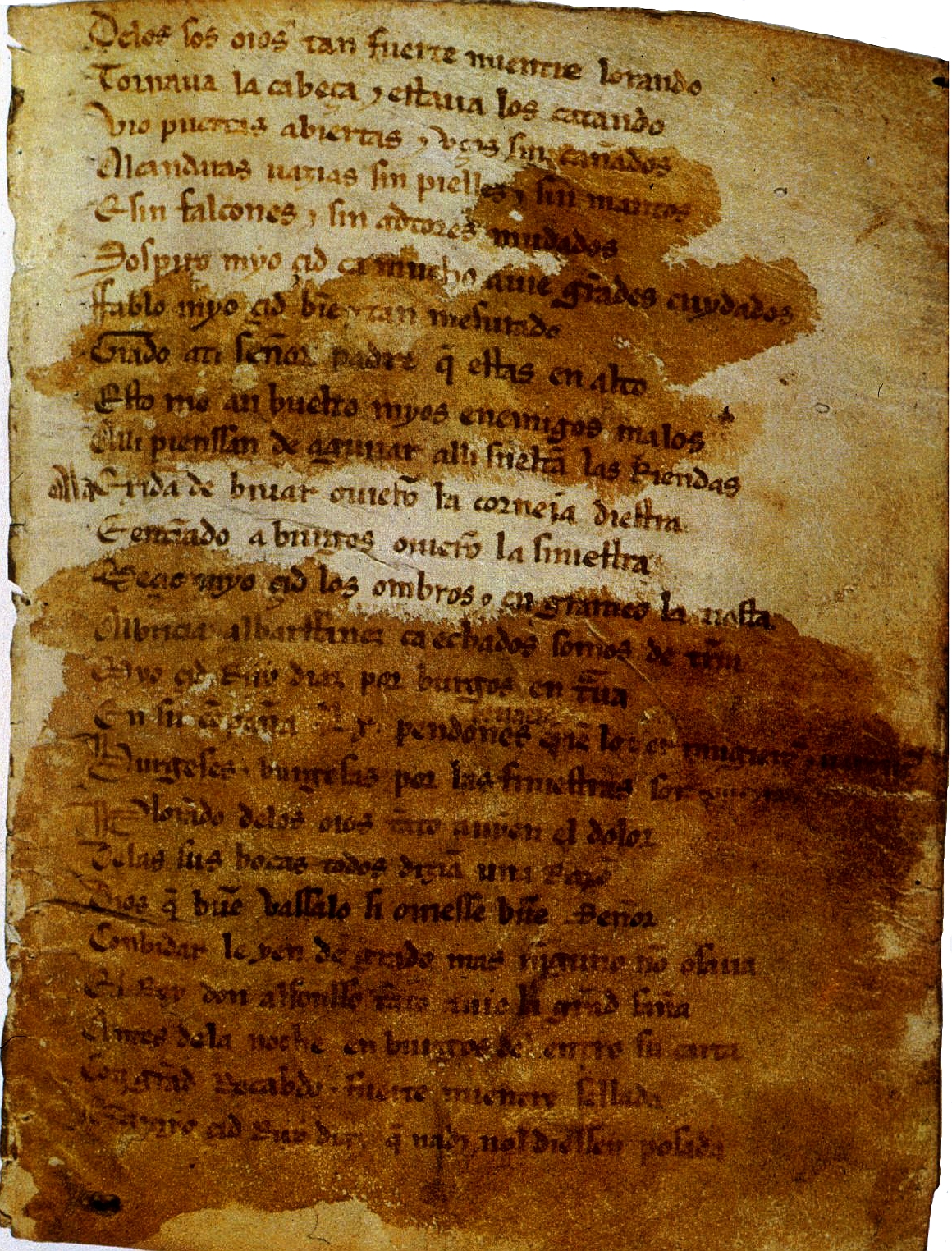 Comparing with the given transcription:

It appears that your surmise here is correct, and the vertical bars are being used in this case to indicate half-lines in the poem.

Many publications will include a brief explanation of the conventions adopted in transcribing manuscripts or papyri. Most will conform - to a greater or lesser degree - with the Leiden System, established in the 1930s.

Unfortunately, many transcriptions available online don't include any key to the symbols and conventions being used. In those cases you just have to use your best judgement. However, it will get easier as you gain more experience.

As regards changing the symbols and conventions being used, I would suggest:

Most of the symbols you will encounter in that way are based on editing conventions more or less agreed upon through tradition in usage. Most of these will either follow the Leiden convention for symbols or have to be explained somewhere in the footnotes or glossaries of the editions you'll read. They are used almost universally for the transcription, description, critical editions or quotations of ancient, medieval or even modern texts, inscriptions and so on.

As @sempaiscuba covers the examples, here are some of the most important sigla for this system:

Not the answer you're looking for? Browse other questions tagged book or ask your own question.

15
I'm reading The Rise and Fall of the Third Reich. What should I watch out for?
1
What these footnote like symbols are in Aristotle's Metaphysics on Perseus
1
What irreplaceable manuscripts were lost in the burning of Jaffna Public Library and what history did they contain (and subsequently lost forever)?