A while back, I read about some Mesoamerican tribe or culture that armed many of its warriors with extremely long spears, that either the Spanish invaders or the article I read itself compared to the European weapon called a pike. However, I can't recall the name of the tribe that used this weapon, nor where I read about it. I've tried every combination of search terms I could think of to find this information again, but I haven't had any luck, so I'm turning to this community.

In case it helps, I seem to recall that the tribe/culture in question was either a client state of the Aztecs at some point, or frequently warred with them. Also, if memory serves, the spears they used had a shaft somewhere in the range of 15 to 20 feet long. (That's roughly 4.5 to 6 meters for those of you using the metric system.)

Can anyone tell me what tribe/culture it was that used these weapons?

Bernal Díaz del Castillo obliquely compared spears of the Chinantec people to pikes (at least in translation -- I didn't check the Spanish original) and remarked that they were longer than the Castilian equivalent. 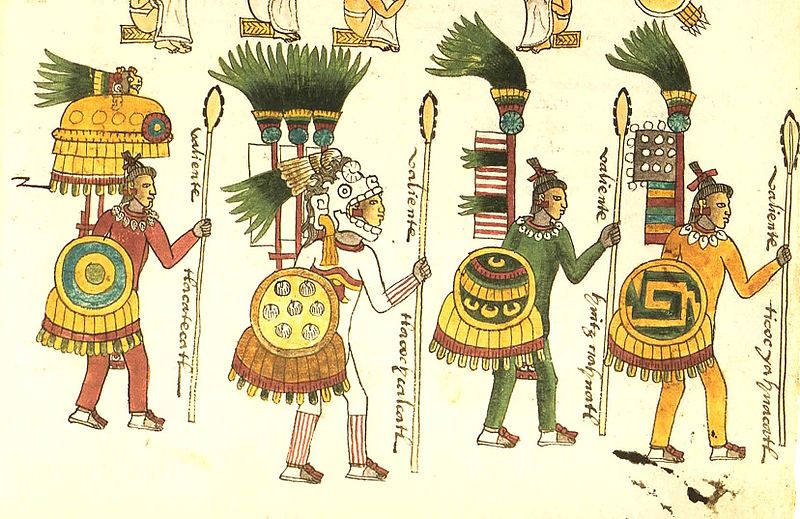 Not the answer you're looking for? Browse other questions tagged military weapons mexico civilizations mesoamerica or ask your own question.

2
How is it determined what Culture is Period/Dynasty/Civilization part of?
3
What is the difference between a culture and a civilization?
2
What was a "Teuctli" in Mesoamerican history
6
How long ago was the yo-yo first used as a weapon?
1
What kind of rifle used this shell case?
3
What did whistling bombs actually sound like?