What Roman legions were present in London (UK)?

I have just come across an interesting article about the Romans in London (UK):

Roman eagle found by archaeologists in City of London

a Picture from the above article (just to have an idea): 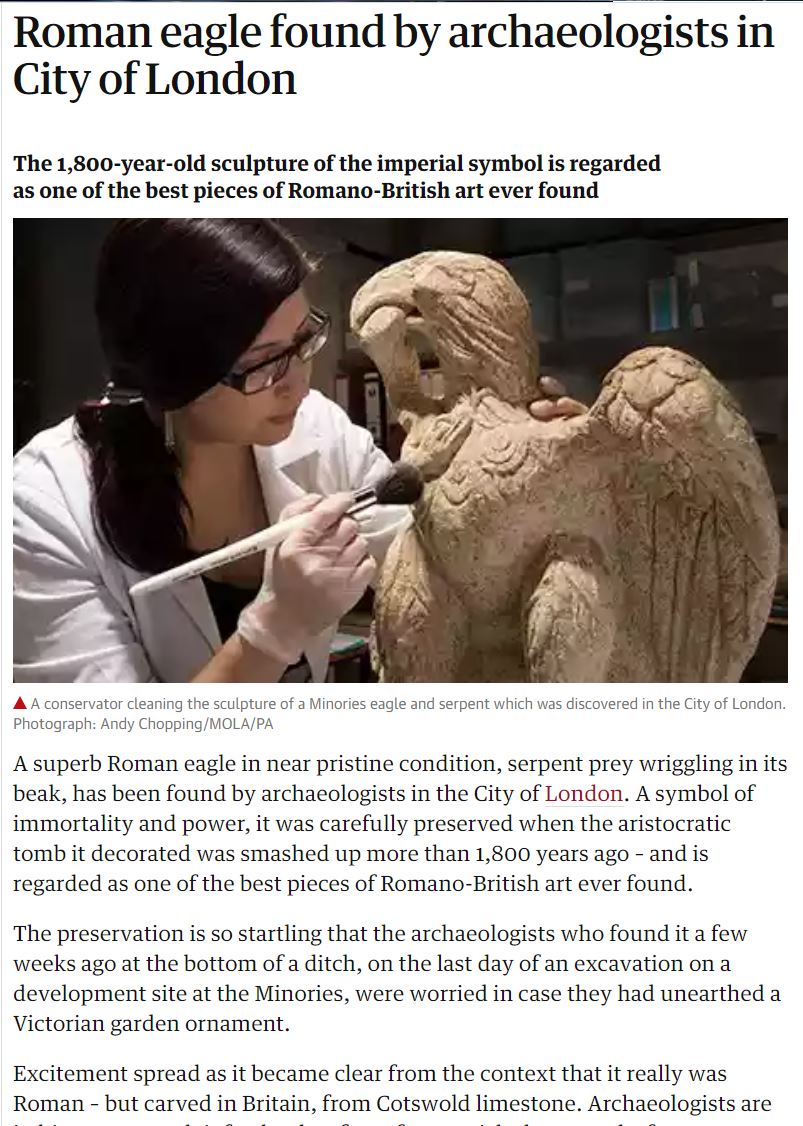 My question is related to these Roman legions present in London. Basically where can I find more about them?

Somethings I would like to know: what were the names of these legions, symbols, and where were them originally from?

I have heard of (not sure about the veracity of the comment), that some of the legions in Britannia were originally from Spain. Could this be true?

This answer brings some knowledge but it is not so specific to London.

The Roman conquest of Britain was undertaken in 43 CE by four legions:

Legio II Augusta remains in Britain until at least the 3rd century.

Legio IX Hispana is sent to Germania sometime between 108 and 130 AD.

Legio XIV Gemina is sent to the Balkans in AD 67.

Legio XX Valeria Victrix campaigned in Gaul briefly in AD 196 under Decimus Clodius Albinus before returning to Britain. It is believed to have then remained there until AD 407 until recalled by the usurper Constantine III.

Legio VI Victrix was assigned to northern Britain in AD 119 by Hadrian, and performed much of the construction of both Hadrian's Wall and the subsequent Antonine Wall.

This map of the Roman Empire in AD 125, with the location of all then extant legions, shows the Britain garrison at that time as comprising the legions:

Actually, no Roman legions appear to have been based in London.

There was a fort in the north-west of the Roman city, built early in the second century, which could have held a garrison of about 1000 soldiers. However, this was the guard available to the governor of the province, rather than any particular legion.

In fact, five legions are known to have served in Britain:

Of the legions known to have served in Britain, Legio II Augusta, Legio IX Hispana, Legio XIV Gemina, and Legio XX Valeria Victrix were involved in the Claudian conquest of the province, while Legio VI Victrix was relocated to Britannia by the Emperor Hadrian in 119 AD.

None of these legions are known to have been based in Londinium at any time.

As a point of interest, the best-surviving part of Londinium's Roman Fort is its western gateway, which is preserved within a car-park under London Wall (the road): 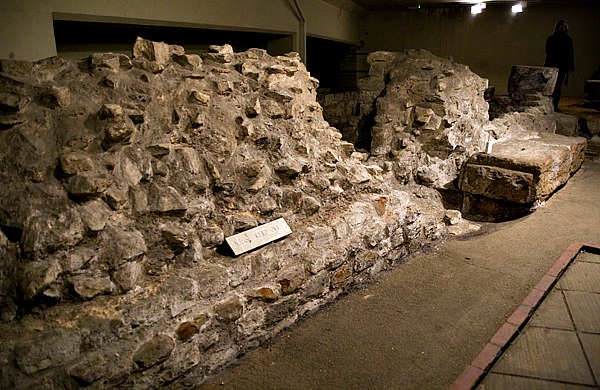 Visit's are arranged by the Museum of London (usually with free entry on Open House London weekends).

Not the answer you're looking for? Browse other questions tagged military roman-empire flags ancient-rome roman-britain or ask your own question.

10
What Roman legions in Hispania revolted against Caesar before the battle at Munda?
14
Were Roman marching songs still bawdy during principate/dominate?
8
A Roman Admiral, a Tribune, a Legatus and a Promagistrate all walk into an arena
7
What were the rights and statuses of different types of Roman colonies?
13
How were Roman Legions disarmed/disbanded before entering Italia?
5
What allowed or prevented Roman conquest in terms of population, climate and geography?
2
Were Roman legionaries discharged in one batch?
16
Were there any Roman villas in Britain which were used rather than destroyed after the Romans left?
6
What evidence is there for the severity of Roman scourging before crucifixion?