Did freed slaves keep a portrait of Abraham Lincoln on the wall?

I read somewhere that post-civil war, many freed slaves kept a portrait/drawing of Abraham Lincoln in their house, and that this "tradition" went on for some time. Is this true, and can anyone share a source?

Lincoln was very popular among Blacks in US right until 1960's and rise of leftist Democrats whom somewhat tarnished his image (Lincoln was Republican, of course) . This essay explains this changing image, noting that after the Civil War many in Black community considered him not only a liberator but a saint and martyr, because of his death. Or in other words, they believed that he payed their emancipation with his blood.

Popularity of surname Lincoln among Blacks is also evident. Before emancipation Black slaves usually didn't have surname (or used surname of their masters) . After the war they were free to chose one, and Lincoln was among most popular.

Finally, there is lot of evidence of his popularity among Blacks even before his death . From this :

When Lincoln's carriage passed a brigade of black soldiers supporting the siege of Petersburg, Virginia, in 1864, they broke ranks and jubilantly surrounded Lincoln's entourage with shouts of "Hurrah for the Liberator, Hurrah for the President." The black wartime correspondent Thomas Morris Chester watched Lincoln pass through the joyful crowds of Richmond's blacks, and wrote: "The colored population was wild with enthusiasm. Old men thanked God in a very boisterous manner, and old women shouted upon the pavement as high as they ever had done at a religious revival.... Even then they thought [freedom] must be a pleasant dream, but when they saw Abraham Lincoln they were satisfied that their freedom was perpetual. One enthusiastic old negro woman exclaimed: 'I know that I am free, for I have seen father Abraham and felt him.'"

In light of this evidence, it is very likely that former slaves (those who could afford it, of course) had in their homes portraits of Lincoln depicting him in saintly manner, like this below 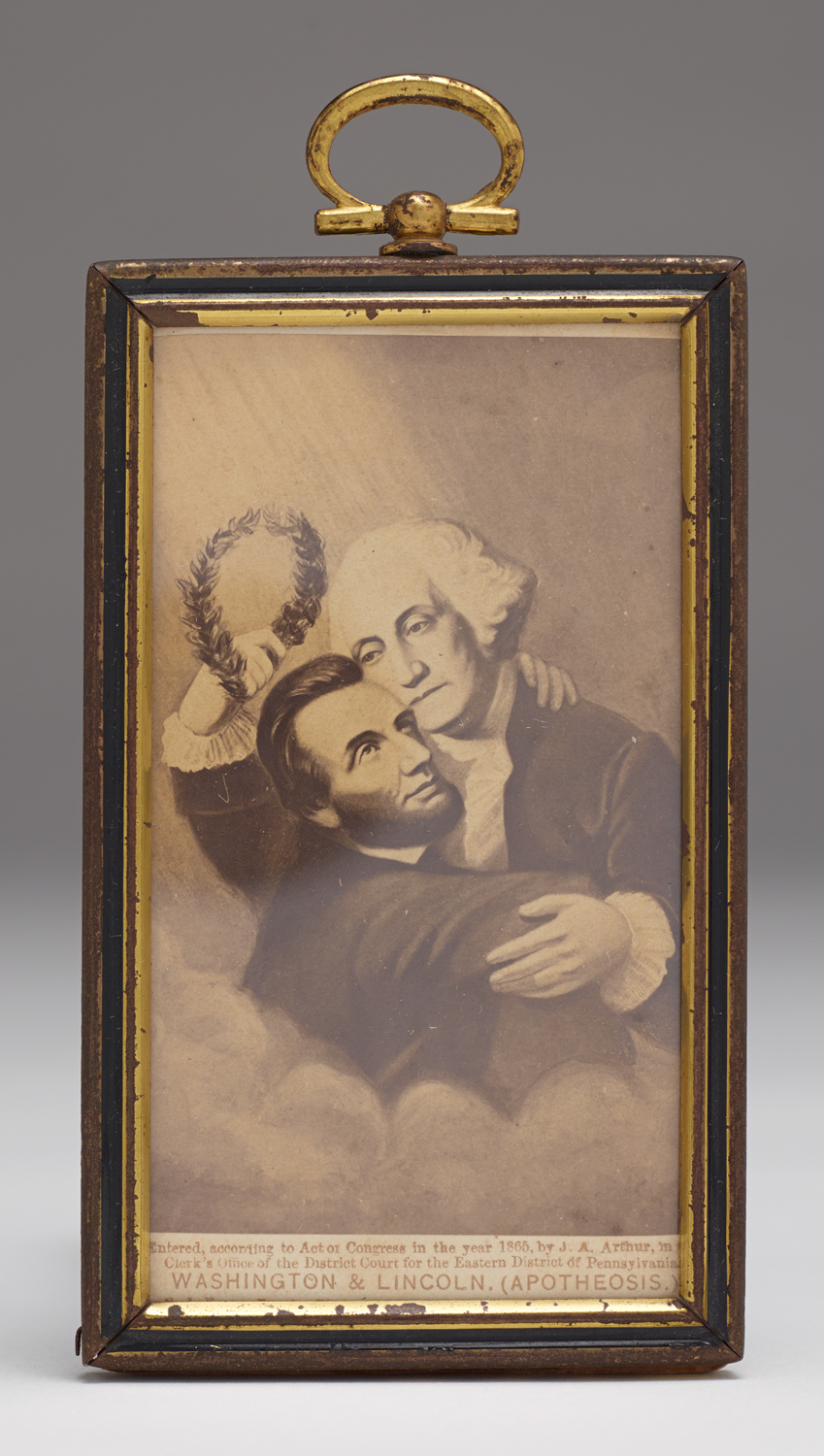 Not the answer you're looking for? Browse other questions tagged slavery civil-war abraham-lincoln or ask your own question.

10
Did some Roman/Pompeiian houses have atria for slaves?
16
What is the context of Lincoln saying: "if I could save the union without freeing any slave I would do it"
5
Why didn't former slaves become low-wage workers after emancipation?
3
Was John S. Mosby the model/motivation/template for John Carter?
11
What obligations did a freed slave have to his/her former master in Anglo-Saxon England?
1
What prompted Lincoln to change his mind about ending slavery?
1
Before the Civil War, did the USA ever offer something like a "5-year plan" for the South to abolish slavery?
0
Did Abraham Lincoln send a letter to Jefferson Davis about allowing slavery if he rejoined the Union?
9
When did Lincoln claim that "Vicksburg is the key" to winning the civil war?