Has any music act ever topped the Beatles in sales? 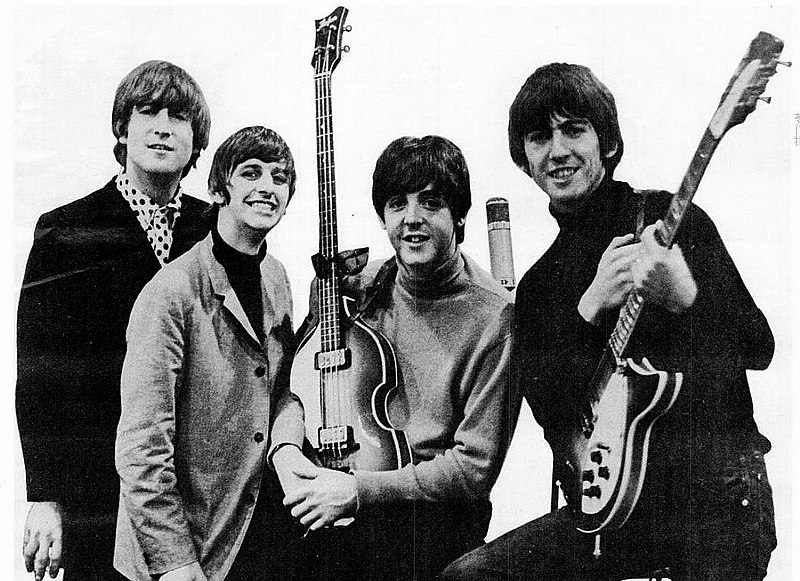 The Beatles in 1965. Source: Wikipedia

Elvis Presley is widely hailed as the King of Rock and Roll, but in 1966 John Lennon said the Beatles were "more popular than Jesus" in a London Evening Standard interview.

Based on record sales, this Wikipedia article and this Business Insider article of top music acts would certainly seem to bear that out (but Wiki has the caveat that several mega-artists are not included in their list).

Elvis may always be the King, but the Beatles outsold him considerably, and may well have been "more popular than Jesus" with the popular culture youth in the 1960's. But has any music act in modern history (20th to 21st centuries) ever been bigger than the Beatles (worldwide, in number of recordings sold, on any and all media including wax, vinyl, tape, CD, and digital downloads)?

Has any music act ever topped the Beatles in sales?

There is probably only one likely contender - Elvis Presley - but it is highly unlikely that we'll ever know for sure.

There are numerous problems in arriving at a total, not least of which is how sales of albums and singles are counted. Should one album sale be equivalent to one single sale, or to the six, eight, ten or even twelve singles that can fit on one album?

Also, how does one count the numerous multi-artist compilation albums that include one (or maybe several) songs from the Beatles or Elvis Presley (or whoever else one is trying to tally the sales of)?

And how can one be sure of numbers when some record companies refuse to release sales figures, while others may well be inflating numbers for publicity reasons?

These are just a few of the problems...

Of the more than 30 sites I've looked at which give estimates, very few cite any sources or explain how the numbers they quote were arrived at. For what they are worth, here are some examples (roughly from highest estimates to lowest).

The Beatles: 1.6 billion singles sold in the US + 600 million albums worldwide. Source: Beatles by the Numbers. These numbers are also given by cbsnews.com (2014). Of all the numbers cited, this 1.6 billion US singles is the most suspect. Even 1.6 billion units worldwide would be hard to believe.

Elvis Presley: 1.5 billion, according to Sony BMG (circa 2016). Source: For The Billionth And The Last Time : Lifting the Lid on the King's record sales. The author of this article disputes this figure.

Elvis Presley: "sales of Presley records have passed that coveted one billion milestone" (2016). Source: For The Billionth And The Last Time : Lifting the Lid on the King's record sales

Bing Crosby: "close to one billion records, tapes, compact discs and digital downloads around the world." Source: Bing by the Numbers. His Amazing Music Records

The Beatles: 257.7 million, Elvis Presley: 206.8 million. Source: Top-selling artists worldwide from 1954 to 2016, based on certified sales (in millions). Note: this site does give a source but it is hidden behind a paywall.

The article Who was the world's biggest music act of all time? presents an interesting interactive graphic which allows one to modify different parameters when calculating sales (e.g. value of albums versus singles). Most combinations put the Beatles on top, but when singles and album sales are both counted as one sale, Elvis Presley sometimes heads the list.

The article Is Elvis the Biggest Selling Recording Artist? - Sorting Out Records Sales Stats & RIAA Rules provides a sharp critique of the RIAA and argues strongly that Elvis Presley is several hundred million ahead of the Beatles. The authors present a convincing case in parts, but they are also connected to RCA records (Presley's main record label) and, at the same as saying we should stop arguing about who has sold the most records, insist that Elvis comes out top.

The article Did "Thriller" really sell a hundred million copies presents some interesting insights on how sales are miscounted.

When figuring sales of singles, EPs and albums worldwide, many historians believe that Elvis is the best-selling artist period.

However, it gives no sources and I haven't found anything to confirm this. In fact, Baker's Biographical Dictionary of Musicians, Volume 1 mentions

Not the answer you're looking for? Browse other questions tagged 20th-century music popular-culture 21st-century or ask your own question.

12
What was the earliest professional recording of “Happy Birthday to You”?
5
How common were professional musicians before the advent of recorded music?
3
What music did a Napoleonic era campaigning soldier hear?
6
Handheld music player in the 1890s?
5
Did ancient/medieval armies have music/chants to march to?
11
Do we know what ancient Roman music sounded like?
5
Do we have any authentic Native American flute music from the 18th century or earlier?
1
What did Cosima Wagner mean by coating music?