Can you tell me anything about the uniform in the picture? I believe the picture was taken around the time of the first WW in Sicily. The insignia on the hat, the hat itself, the boots and sword makes me suspect cavalry. The boy looks young though so I'm thinking military school. If someone could ID time and place, rank division etc. Thank you so much 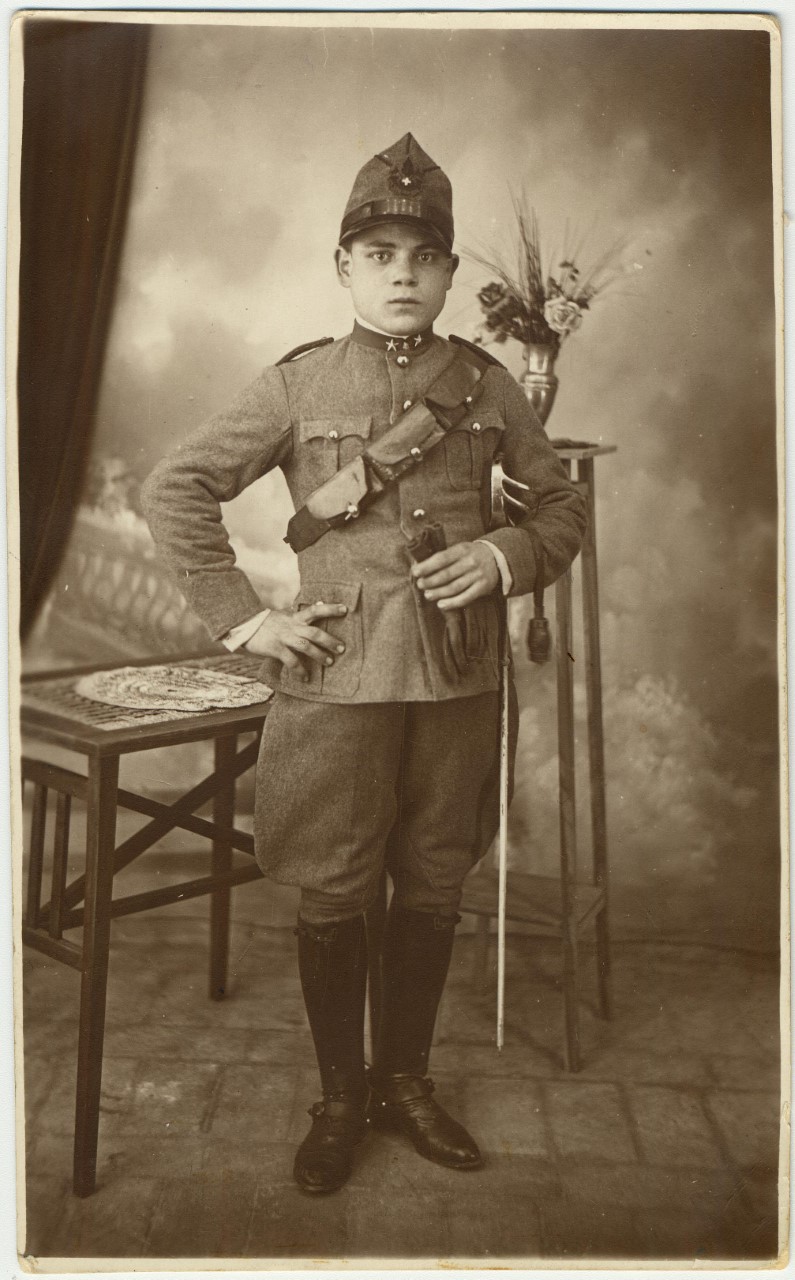 I think this photo was taken after WW1,

This is a cavalry uniform, because the cavalry's fatigue hat, the cavalry pants and the leather leggings, the cap's badge is that of the Cavalry School, or Cavalry remount centres or cavalry's depots, and this further suggests which the photo was taken after WW1 because this specialization didn't received a cap's badge during WW1.

I think he was a private because if he was a NCO he should wore the chevrons on the sleeves, while if he was an officer he should had metal stars on the shoulder's straps.

The headquarters of the Cavalry School was in Pinerolo, near Turin, the collar flashes color was yellow.

I hope I have been helpful to you, A hug from Italy,

Not the answer you're looking for? Browse other questions tagged world-war-one identification italy uniform or ask your own question.