What is the earliest depiction of a crane?

Various sources on the internet - such as Crane (machine), A History Of The Crane and The sky is the limit: human powered cranes and lifting devices - state that the Ancient Greeks were the inventors of the crane sometime during the 6th century BC.

Cranes were adopted and improved upon by the Romans; the image below is the earliest depiction of a crane I've been able to find. 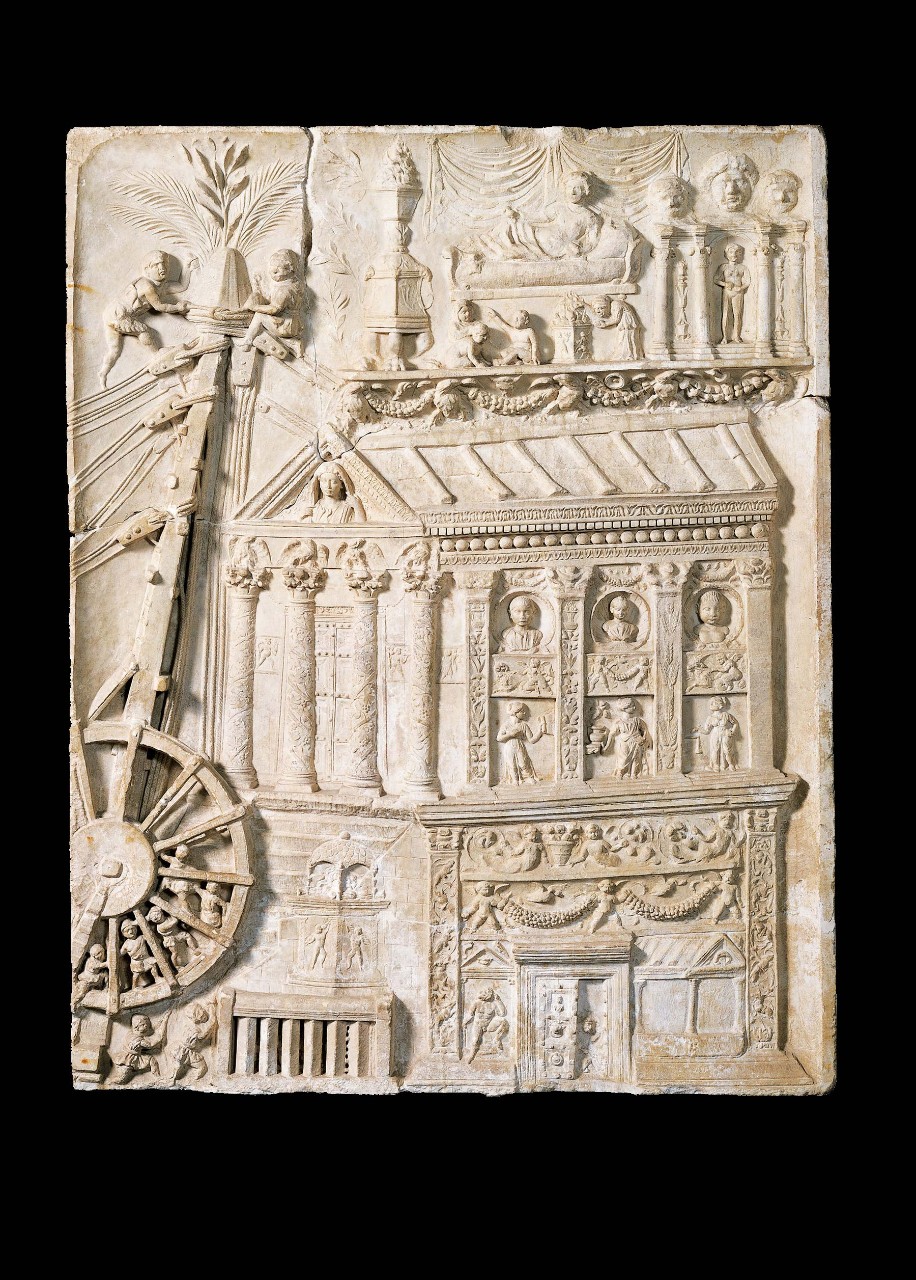 "...part of the rich decoration of the tomb of the Haterii, a family of builders who built their own tomb along the ancient via Labicana in the early years of the 2nd century A.D." (my highlighting) Source: museivaticani

This appears to be a treadwheel crane and the it's the only depiction of crane from ancient times I've found - more than 600 years after the crane was invented.

Are there any earlier depictions, for example in reliefs or vases or murals? If not, are there any other pre-medieval depictions of cranes?

The Roman builder Lucceius Peculiaris would be another pre-medieval example.

Unfortunately it is apparently even a bit younger than the example from the question, 3rd century: 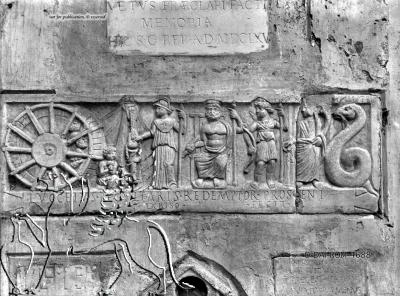 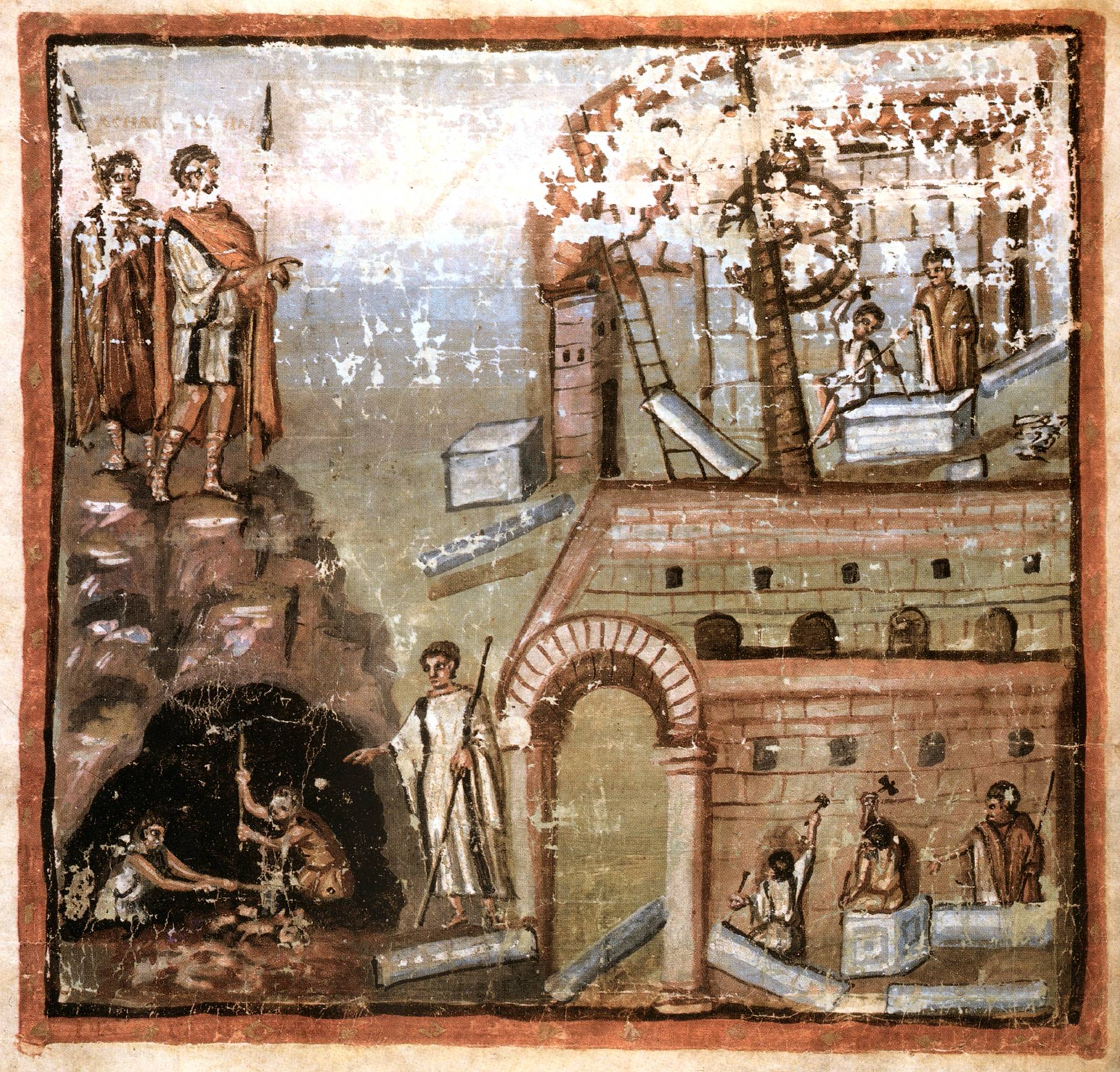 The scene described in more detailed may mean:

Romans are great, Greeks are even greater? But they are youngster. As this is about the oldest of these devices, we usually have to look into Mesopotamia or Egypt? 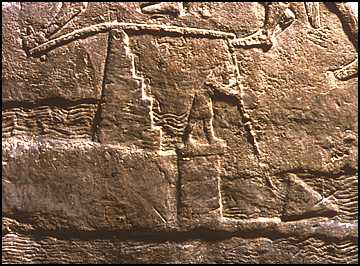 This type is believed by some to have been used in Nubian pyramid construction.

One of the earliest versions of the crane to be developed was the shaduf, first used to move water in Egypt about four thousand years ago. The shaduf consists of a long, pivoting beam balanced on a vertical support. A heavy weight is attached to one end of the beam and a bucket to the other. The user pulls the bucket down to the water supply, fills it, then allows the weight to pull the bucket up. The beam is then rotated to the desired position and the bucket is emptied. The shaduf is still used in rural areas of Egypt and India.

And from Augustan times

Construction work was demanding. The expanded use of large pieces of marble and other heavy stones like granite necessitated ever-larger lifting apparatuses. Made of wood, there are scant material traces of these apparatuses, but they do appear in art and literature. A terracotta plaque from Via Cassia shows a general in armor standing amid representations of a military trophy, flying victory, and a kneeling representation identified as Roma. On either side are smaller figures operating wrench cranes to lift squared stones for massive walls (Schäfer 435–436; Figure 6) . Although interpretations of this scene vary, obviously, the inclusion of a building act assumes familiarity and potent meaning for construction. Similarly, a carving from Capua commemorating a vision by Lucceius Peculiaris, possibly a contractor for the Augustan rebuilding of the amphitheater, shows a hoist and treadwheel crane lifting a monolithic column (Sear 7). Vitruvius devoted an entire chapter to hoisting machines which he associates with a certain magnificence (10.1.2).

Not the answer you're looking for? Browse other questions tagged ancient-history ancient-rome ancient-greece technology or ask your own question.