Where can I find the primary source for Herodotus' Histories?

I'm looking for information re: the primary source for Herodotus' Histories.

For a critical discussion on how modern versions of Herodotus' Histories have been compiled from the surviving manuscript sources, you could do a lot worse worse than the 1983 essay On Editing Herodotus by R. A. McNeal.

This includes a useful overview of the merits of the various surviving copies and partial copies of the text.

Essentially, the problem is that no totally complete manuscript of Herodotus' Histories survives. Furthermore, none of the early manuscripts that do survive completely agree on the text (mainly due to scribal copying errors and selective editing in medieval scriptoria). The earliest surviving copy, "called 'Codex A", is owned by the Biblioteca Medicea Laurenziana in Florence and forms the basis for all modern translations.

The principal surviving manuscripts for Herodotus' Histories are assigned letters. The earliest examples (dating to the 10th - 14th centuries) are:

In addition to the manuscripts, we have a number of much earlier fragments of the texts written on Papyrus. None of the papyrus fragments contain the full text. Most contain just fragments of single pages. Most are part of the collection of fragments known as the Oxyrhynchus Papyri, for which a searchable database is now available online.

I haven't been able to find images for most of these online, but the main examples that I'm aware of are: 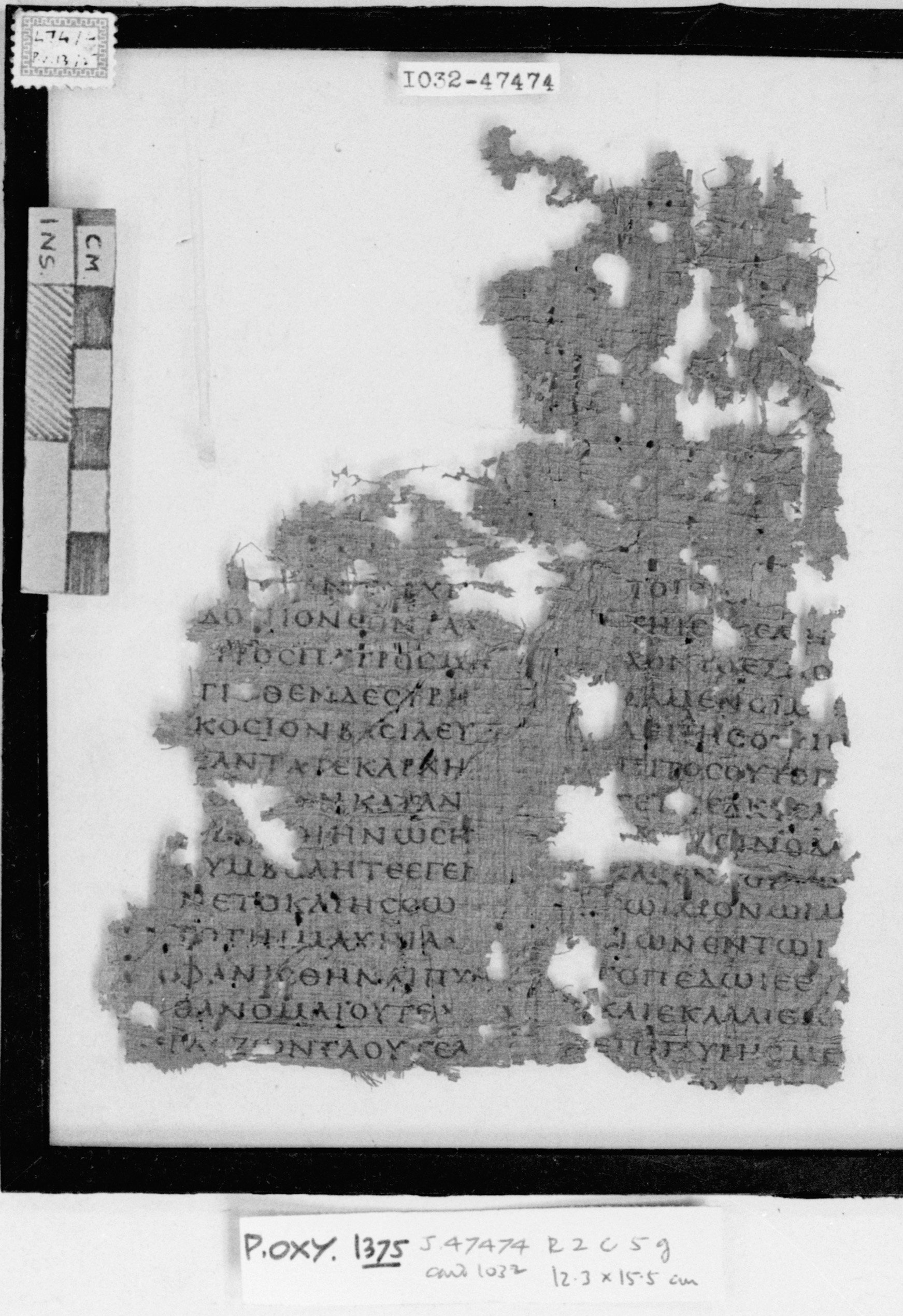 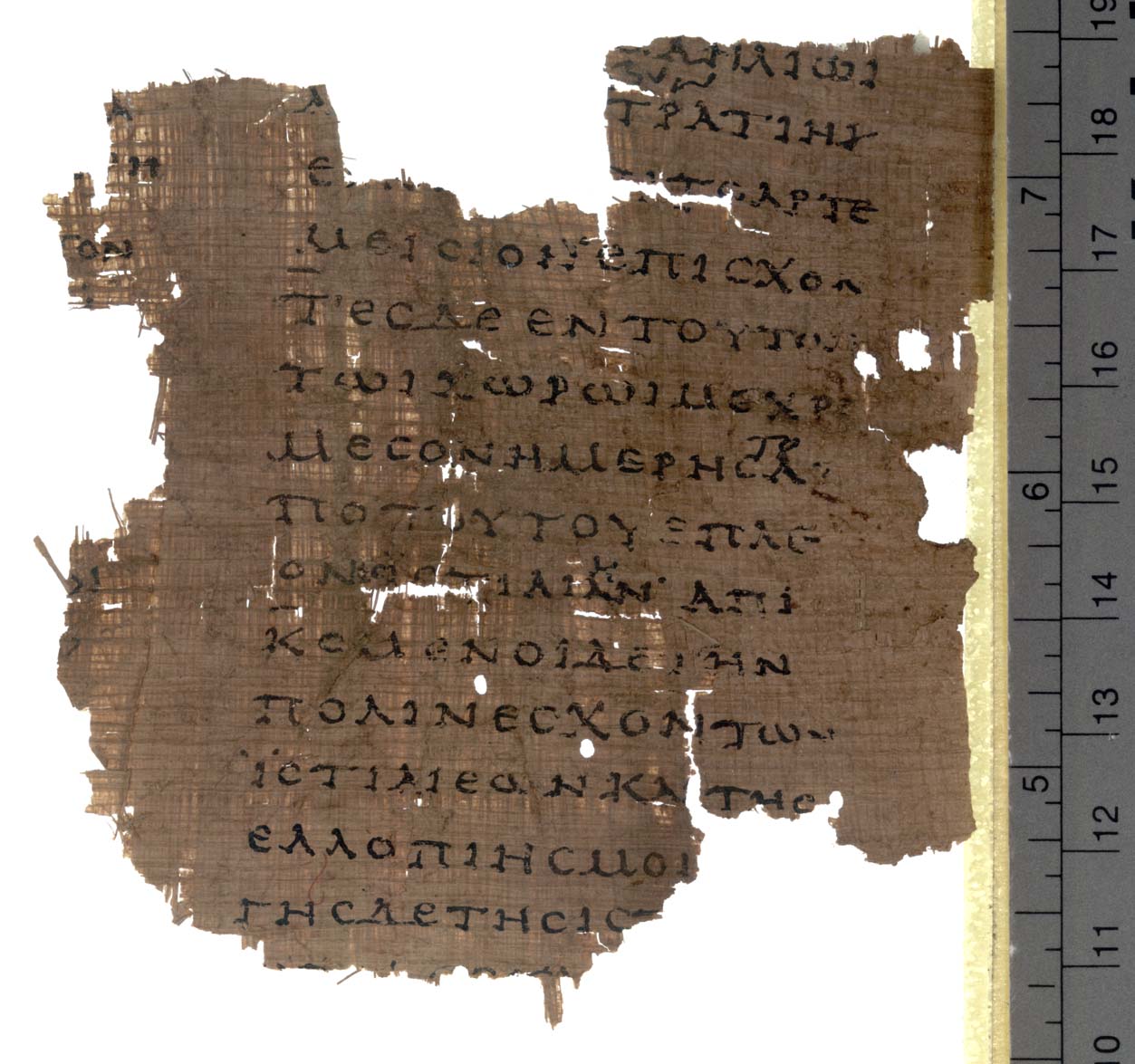 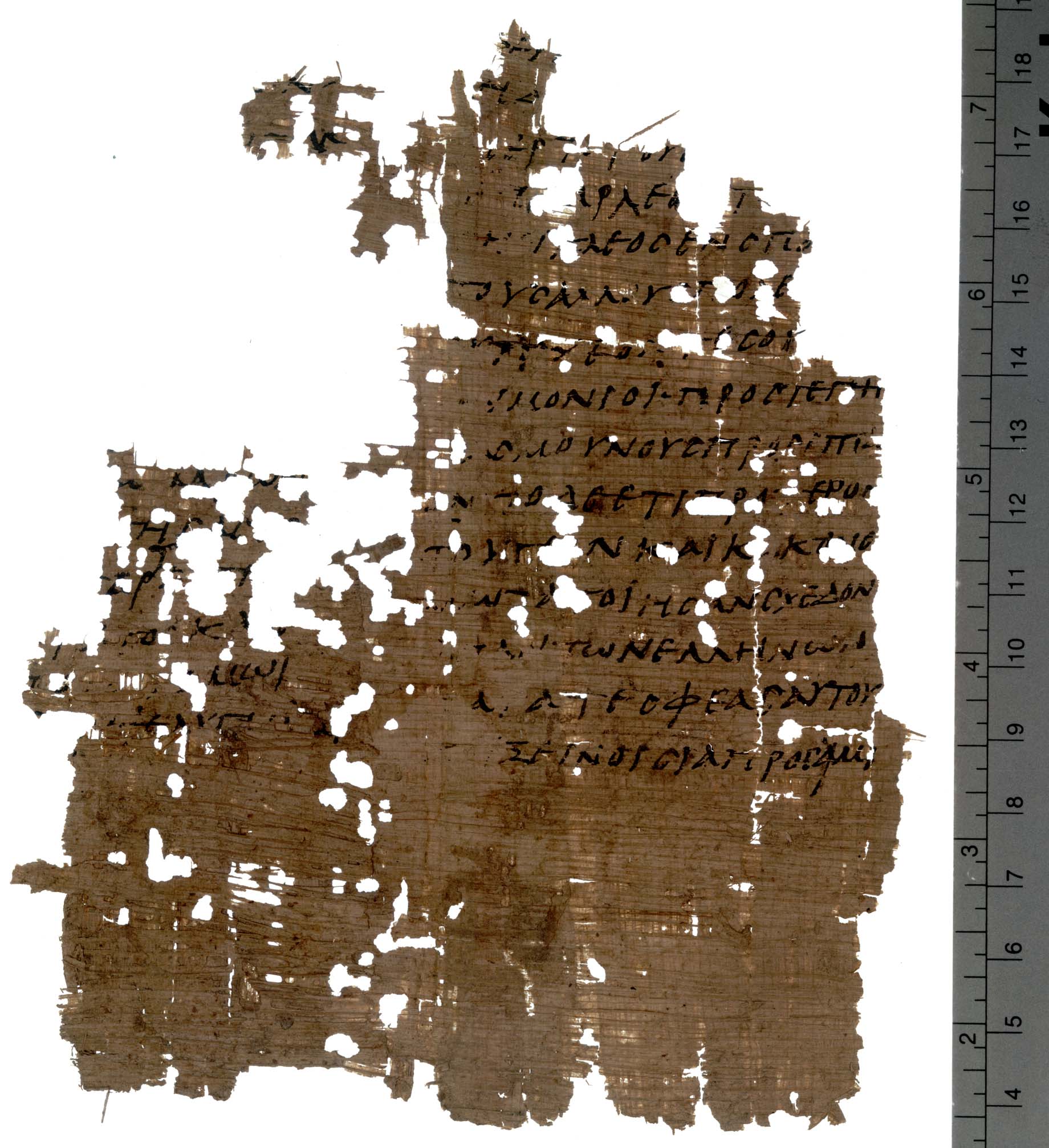 Other important papyri include:

The images above illustrate just how little of the material is actually found on many of these fragments!

There are early 1500's editions of Herodotus: see the wikipedia article about their publisher Aldus Manutius. That article refers to

Works published from the Greeks. Manutius printed thirty editiones principes of Greek texts, allowing these texts to escape the fragility of the manuscript tradition.

and the wikipedia page about Herodotus has an illustration of the kind of fragility in question. (But not of a bit of writing Aldus used.)

Going further back in time: my local uni's library has a copy of a 1475 Latin translation, printed by Arnold Pannartz. The 1911 Britannica article on H says

The history of Herodotus has been translated by many persons and into many languages. About 1450, at the time of the revival of learning, a Latin version was made and published by Laurentius Valla. This was revised in 1537 by Heusbach, and accompanies the Greek text of Herodotus in many editions. The first complete translation into a modern language was the English one of Littlebury, published in 1737...

But of course as many commentators here have pointed out, these printed editions appeared about 2,000 years after Herodotus lived. Nothing like a "primary source" (whatever you mean by that) survives.

67
What knowledge may have been lost at the Library of Alexandria?
21
Historical/legendary/mythological accounts that turned out to be true
8
Did Aetius or Attila fight in the Battle of Worms (436)?
0
Why were harvest times in Cyrenaica earlier than in Greece in antiquity?
19
Did Greek traders visit the Philippines in the 1st century AD?
6
Where is it recorded that Spartan common meals were followed by a recounting of noble deeds?