What was the purpose of Lt. Gen. Frank M. Andrews' flight when he was killed in the Iceland crash on May 3, 1943? 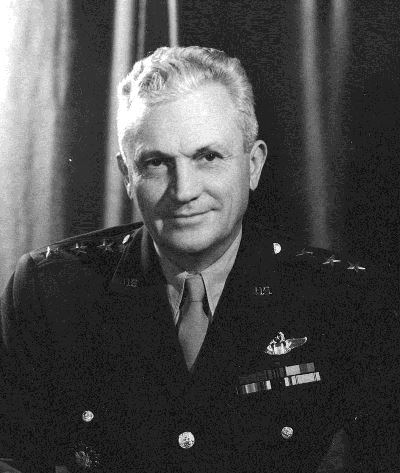 What was the purpose of Lt. Gen. Andrews' flight in May, 1943 aboard the B-24 Liberator Hot Stuff?

Was it a routine inspection tour of remote facilities as some sources indicate?

Or was it a flight home to the USA for an important meeting (with perhaps the "inspection tour" being a cover story for security), taking the opportunity to pilot the B-24 Hot Stuff on its way home to the USA for a war bond tour after being the first heavy bomber to complete its 25th mission (not the Memphis Belle, by the way)?

While researching an answer to this question asking why Eisenhower was chosen to be Supreme Allied Commander in Europe (more on that later this week in another question, by the way), I came across some interesting and inconsistent information about Lt. Gen. Frank Andrews flight which ended in his death in the crash in Iceland on May 3, 1943. Some sources (below) indicate the purpose of this flight was merely an inspection tour, while other sources (below) indicate Andrews had been summoned back to Washington D.C. to meet with Chief of Staff General George C. Marshall, ostensibly to receive a promotion with his 4th star and to be given the position of Supreme Commander Allied Expeditionary Force (SCAEF), the position which then went to Eisenhower because of Andrews' untimely death.

Sources indicating the flight was merely an inspection tour:

Sources which indicate it was a flight back to the USA for an important meeting with the Chief of Staff:

Note:
I have found some additional potentially credible sources (looking for primary sources) which support the claim that Andrews (for whom Andrews AFB is named) was the original choice for SCAEF, not Eisenhower, which lends tangent or indirect support to the claim Andrews may have been on his way home for the appointment. (This is also controversial because I have also found other credible sources which either contradict this or neglect to mention it at all in the context of SCAEF and SHAEF topics. But this is worth another separate Question).

There is no hint of Andrews being on the way to be promoted in the official history. The Supreme Command, available free of charge from the US Army Centre for Military History. Page 58 (which has the only mention of General Andrews in the book, in a footnote about the setting up of the headquarters) says:

When, in the late summer of 1943, it became clear that an American officer would become the Supreme Commander …

That suggests that the timing is wrong for Andrews to have been going to the US in May for appointment as SCAEF.

Not the answer you're looking for? Browse other questions tagged world-war-two aircraft eisenhower or ask your own question.

19
Why was Eisenhower chosen to be Supreme Allied Commander in Europe?

34
What was the purpose of Nazi extermination camps?
12
How severe was the 1943 Bengal Famine?
5
What were the logistics of the the Tehran Conference of 1943?
0
What was entering Grand Central Station like in 1943, especially interior?
14
How many pens were used by MacArthur to end the final chapter of World War II and where are they now?
6
Does Bob Hope hold the record for headlining the most USO tours?
3
How secure was Germany's last foothold in the Caucasus in 1943?