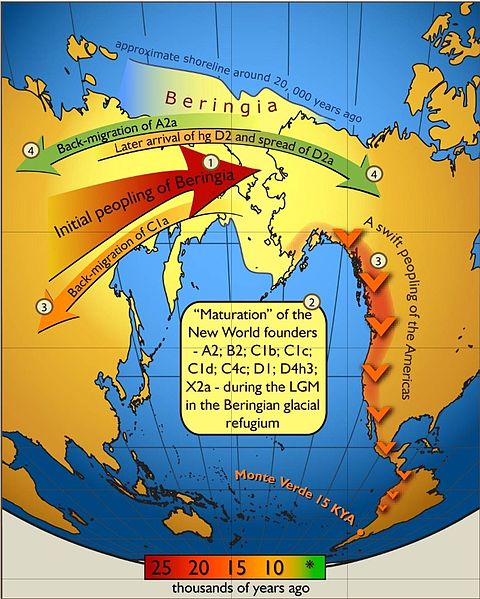 1 As an aside, I can observe some traits of people most likely to emigrate from Europe — e.g. being religious, entrepreneurial, adventurous, optimistic and energetic — in America still today, while they sometimes seem to lack in Europe.
Share
Improve this answer
edited Dec 12, 2018 at 15:00
answered Dec 12, 2018 at 11:41

53
What are the factors that caused the new world civilizations to be less technologically advanced than the old world?
5
Why did non prosecuted craftsmen go to the new world in the Roanoke era?
13
Is there any evidence of post-landbridge travel across the Bering Strait?
10
How quickly did the knowledge of the existence of the new world spread into the old world?
22
What did Native Americans know, or speculate, about the Old world?
11
Why did not Spain manage to keep any colonial possessions in the new world?
5
Do indigenous Latin Americans share any common "recent" ancestors with the Chinese?
21
Were there any crops and livestock common to both the Old and New Worlds prior to the Columbian exchange?
4
Did Stephen the Great know about the discovery of the New World?