Why did General Billy Mitchell regard war with Japan as inevitable as early as 1912?

@llama
I don't think you can say something nearly 30 years in the future is inevitable, even if it turned out that way in hindsight. There are innumerable things which could have turned out differently and changed the course of things, especially in the 20s.

Question:
In response to llama's comment, what could General Billy Mitchell have observed which drew him to such a strong conclusion? Is there anything in history which he could have been relying upon when he made this strong declaration?

I have some thoughts on this and plan to write my own response.

Related Thread:
Was Japan known to be a potential threat to the USA in the 10 year period prior to 1941

Visiting the aftermath of the Russo-Japanese war in 1905 Mitchell went for some time inspecting 'the area'. Stationed primarily for two years in the Philipines, he went on "an undercover reconnaissance mission of Japanese activities in the islands lying between Formosa and the Philippines". After visiting the battle fields of the 1905 war he studied Chinese, Russian and Japanese forces.

His conclusion were put forth into an official report to the War College Division of the General Staff in Washington.

His main points were summarised:

While Mitchell's predictions about Japan were significant primarily as landmarks in his personal development, some of his thoughts deserved consideration in Washington. American diplomatic policies in that area of the world, Mitchell stressed, were not isolationist. Mitchell warned that the constant display of American interest in Korea, Manchuria, and China ran counter to Japanese plans. Moreover, the United States had chosen to antagonize the most advanced of the Oriental nations—Japan—through a policy of discrimination against her nationals who had immigrated to America. American persistence in such policies, not to mention the "Open Door" policy in China, made it imperative that America make military preparations to back up her diplomacy.

(Source for this book cited as:

That seems to make a commentary necessary, also in light of the way the linked question that originated this question is phrased:

It seems not to be the case that Mitchell saw war with Japan as inevitable!

It looks like Mitchell analysed both sides and concluded that there was a clear conflict of interests emerging, additionally fuelled by racial antagonisms, that would very probably lead to a confrontation if both sides kept their then current trajectory. So, the envisioned development was that not only was Japan a threat to the US, but the US a threat to Japan as well. Both displaying disrespect for each other and oogling on marbles that both claimed as theirs.

The University of Virginia had digitized that book, sold it to Google, and now it's lost to the public for viewing instead of being freely available on the net. This perversion must end in much less time than it took to destroy Carthage.

Question:
Why did General Billy Mitchell regard war with Japan as inevitable as early as 1912?

Billy Mitchell was from a prominent Wisconsin Family and benefited from a superior classical education which included private schools and college. He studied at The Columbian College of Arts and Science in Washington DC, later incorporated into George Washington University, which was and is a prestigious, highly ranked, liberal arts college.

Historically speaking when an emerging power in this case Japan, threaten the interests of an established power, in this case the United States; the result is generally war. In fact when Billy Mitchell first called war with Japan inevitable in 1912 this phenomena had occurred 10 times in history over the previous 400 years, and 9 times had resulted in War. 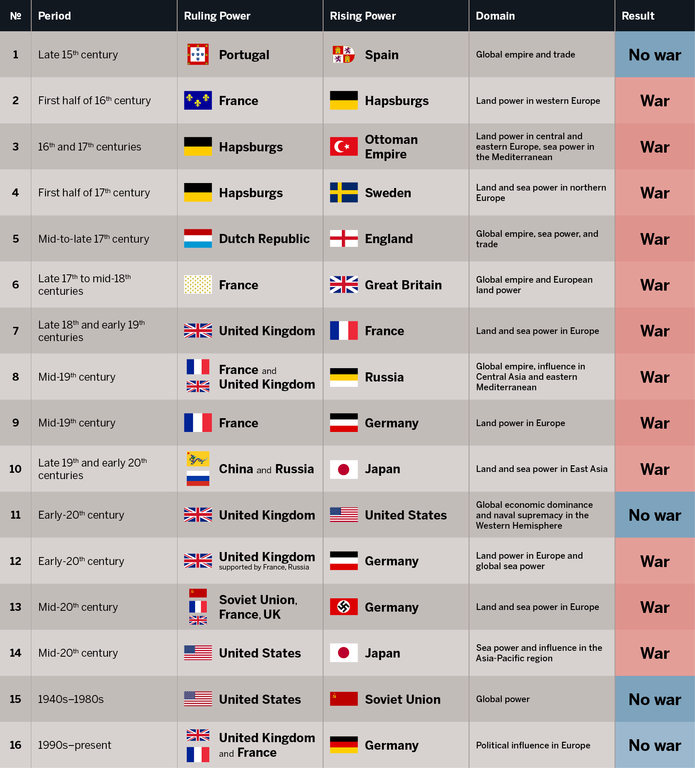 Mitchell was likely referencing the Greek Historian Thucydides who first observed this process and who used the same word to describe a parallel event in his book "The History of the Peloponnesian War".

Thucydides: WikiQuote
“It was the rise of Athens, and the fear that this inspired in Sparta, that made war inevitable”

96
Why didn't Imperial Japan attack the Soviet Union during World War 2?
31
Which war games did Napoleon practice with his generals?
16
Were there reasons for Japan to go to war with the US aside from the US owning Philippines?
15
Did Japan ever pay Russia war reparations after WW2? Why or why not?
8
During the Second World War, did the Germans expect that Japan would declare war on Russia?
10
Why did Japan take so long to attack Wuhan?
7
Why did Japan fail to interfere with shipping from America to Vladivostok from 1941-1945?
3
Why did Colonel General Franz Halder write a diary?