In the 1595 Map of the Arctic, Mercator shows the North Pole as having a substantial landmass surrounding a rock. 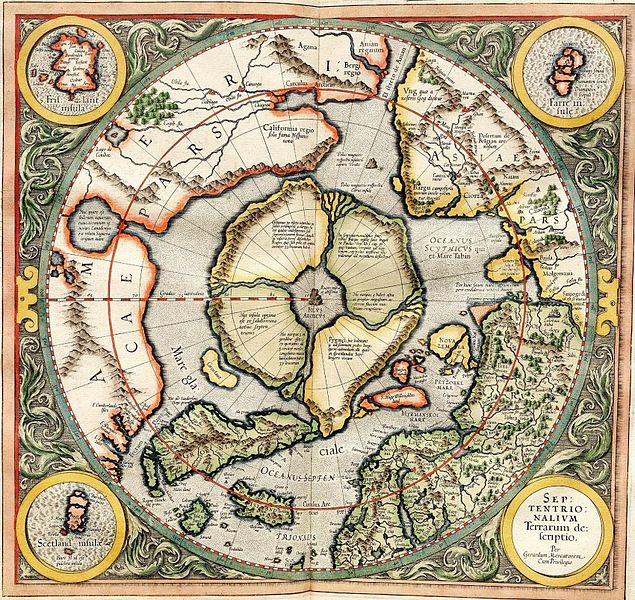 A little over a hundred years later, Guillaume de L'Isle's 1714 map (updated 1741) of the Arctic regions shows no land beneath the polar ice cap. 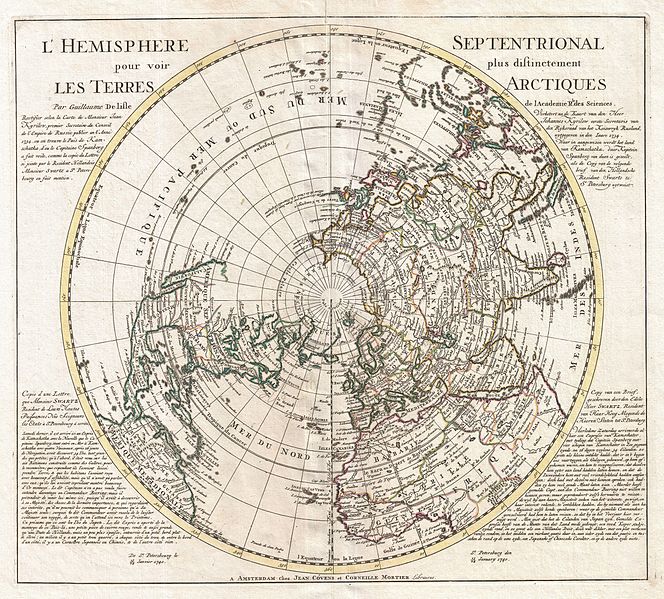 Apparently, Guillaume de L'Isle was not the only person to believe there was no substantial landmass under the Arctic ice cap. Wikipedia's article on the North Pole states:

As early as the 16th century, many prominent people correctly believed that the North Pole was in a sea

In the absence of solid proof provided by modern scientific techniques such as bathymetric measurements of the sea floor, what led de L'Isle and others to believe there was no land under the Arctic ice cap?

The answer lies in your second map, and the extensive exploration of Siberia's Arctic sea coast through the 1600's in search of a Northern Passage. Note how well mapped that area has become in the intervening century.

Russian settlers and traders on the coasts of the White Sea, the Pomors, had been exploring parts of the northeast passage as early as the 11th century. By the 17th century they established a continuous sea route from Arkhangelsk as far east as the mouth of Yenisey. This route, known as Mangazeya seaway, after its eastern terminus, the trade depot of Mangazeya, was an early precursor to the Northern Sea Route.

Further, the process by which icebergs are formed by calving from glaciers was well known. The absence of large icebergs in the Arctic Ocean north of the Kara Sea would have strongly suggested the absence of any glaciers, and thus any land, in that corner of the world.

In regards a comment about the sinking of the Titanic:

Titanic sank just south of Iceberg Alley, off the southern tail of the Grand Banks. That is ~1900 km south of Greenland, and ~3800 km south of the Arctic Ocean north of Iceland and Ellesmere Island. 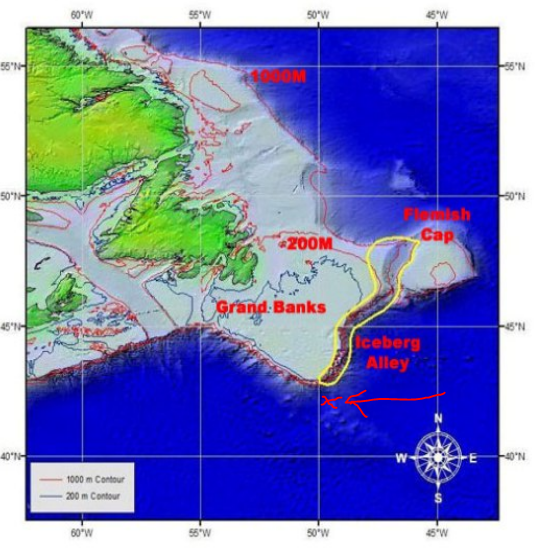 Not the answer you're looking for? Browse other questions tagged early-modern arctic or ask your own question.