What ship is this and which military campaign?

On back of card, Army Transport USS Maricu - life on board - nothing to do. I can not find any information on this ship. Is it WWI or WWII? 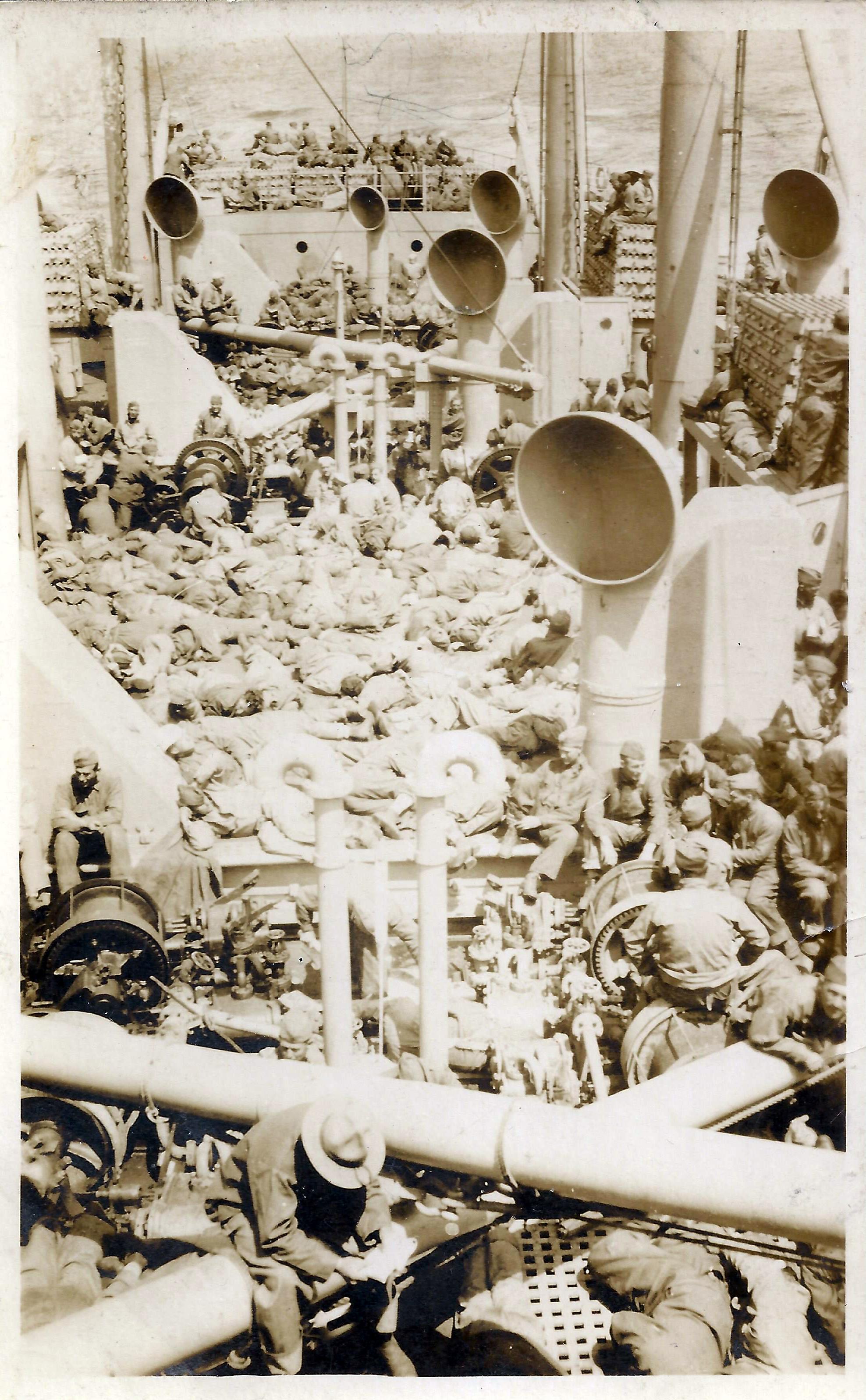 The reverse of the card is shown below: 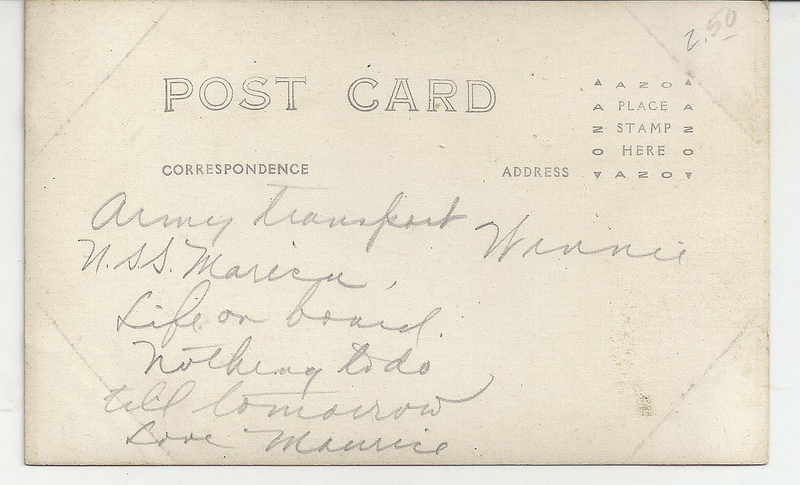 Postcards produced on Kodak Professional AZO paper had 'AZO stamp boxes' on the reverse. The style of these boxes varied over time.

In this case, we have four triangles in the corners of the stamp box, two 'up' and two 'down'. This suggests that the card was produced in the date-range 1918-1930.

The ship name on the reverse appears to be 'USS Marica'. A search for the USS Marica found another image of this card, with the caption:

Sea sick Soldiers on the ship's deck, while they were en route home from France in mid-1919.

The original image is printed on post card ("AZO") stock.

which matches the dating from the AZO stamp box.

Not the answer you're looking for? Browse other questions tagged military identification ships or ask your own question.

10
What class / type of ship was the “Dragon” from Rotterdam c. 1732?
9
What type of military uniform is this?
3
Were there crewmen from other USN ships on USS Missouri when the Japanese surrendered?
1
Did a runaway apprentice become captain of a ship?
7
Can anyone confirm the identity of these WWI uniforms?
3
How many men were lost on the USAT Arcata and was she loaded with troops when she was hit?
2
Where can I find data on the amount of fuel carried by WWII Warships and what their operational ranges were?
14
What ring is this?