Which groups of people were awake at night in antiquity?

I've come across claims that prehistoric people didn't get much sleep, which seems to be extrapolated from observations of existing primitive cultures. I'm wondering whether there's something more solid for a somewhat more recent time, say during 0-500 CE. This probably varies by region, maybe mostly depending on level of development. A few groups of people that I could come up with that were almost certainly up at night would be

I'm curious what groups are known to have been active during the night, and I'm not picky with regard to region or which part of antiquity really; anything that's reasonably well known will be interesting.

Question: which groups of people are known to have been active at night in antiquity?

Aside from the Vigiles (basically, firemen and police) mentioned by sempaiscuba in his comment, there were quite a few groups of people who would have been active at night in Imperial Rome.

Perhaps most numerous were household slaves. They could be required to perform a wide range of duties at night as most were expected to be available at all times: 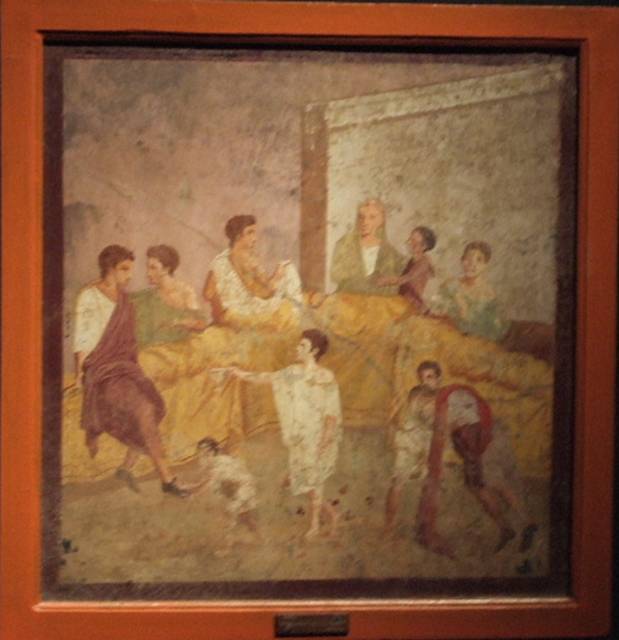 Pompeii: "painting of banqueting scene from west wall of triclinium. End of the Banquet. The guests are rising but one of them cannot stand up without assistance3." Source: Pompeii in Pictures 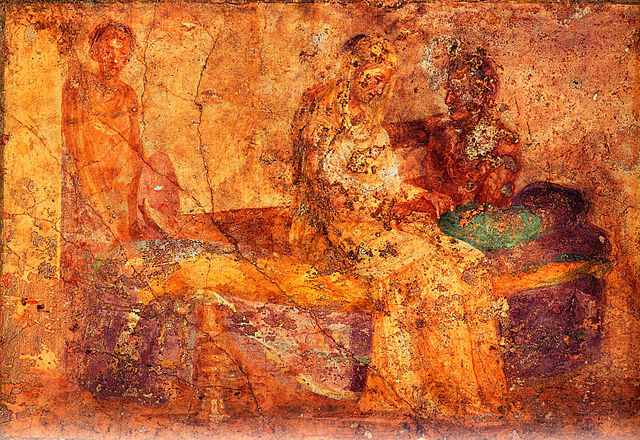 "Fresco of couple in bed. Man talks to his shy bride. A servant on the left watches the scene." Source: Wikipedia.

Among other groups active at night were:

As Jason Linn points out in his doctoral thesis, The Dark Side of Rome (2014) many of these jobs were boring

Not only did many night jobs entail periods of waiting, but often waiting alone: guards waited for trouble; nurses waited on sleeping children; prostitutes waited for customers.... With plenty of free time many night workers had to stay awake and endure boredom alone... Some guards were even chained to their posts.

Not the answer you're looking for? Browse other questions tagged ancient-history classical-antiquity or ask your own question.

14
How many hours per day did a Sumerian farmer sleep?
12
Did people practice multiphasic sleep in the Middle Ages?
8
Were death rates greater than birth rates in premodern urban populations?

9
How were heavier objects weighed in antiquity/middle ages?
16
What were the thoughts of the Celts, Romans and other ancient European people about the standing stones which survive from prehistoric times?
5
What are other ancient encyclopaedic texts like Pliny's “Naturalis Historia” were available to medieval people?
15
Were there any Roman villas in Britain which were used rather than destroyed after the Romans left?
0
Why were harvest times in Cyrenaica earlier than in Greece in antiquity?
23
In Antiquity, were Persian arrows considered superior to their Greek counterparts?
7
Did people 'go to the beach' for pleasure during classical antiquity?
5
Were ancient people interested in archaeology?