What language is this and what does it say? [closed]

It looks like japanese but I'm not sure. It's inscribed on my sword (https://i.stack.imgur.com/jWo97.jpg) 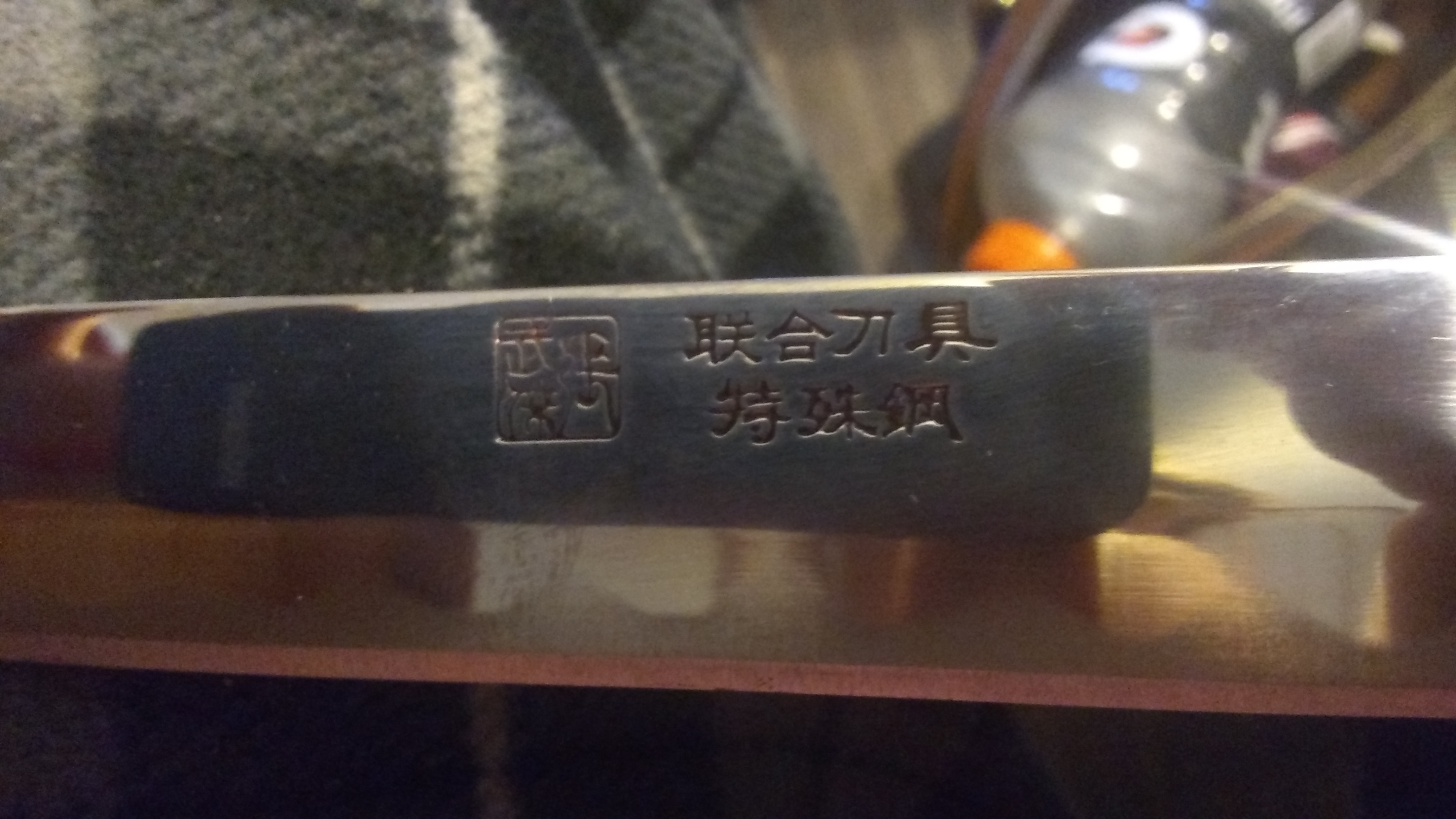 The language is Chinese.

The text is verbatim:

張武傑 (seal of a person called 張武傑). Maybe this is supposed to suggest that 張武傑, which sounds like a Chinese person's name, was involved in the manufacturing.

The name of a company called 联合 cutting tools. 联合 should not be translated into union here, but treated as a proper noun. It might be in imitation of an American company originally called Union Cutlery Co., now called Ka-Bar Knives., Inc; this company's Chinese name is frequently rendered as 联合刀具.

Special steel. According to baidu, this is a non-standardised grade of steel, so it doesn't really mean anything.

According to an iknife.org thread posted back in 2004, it is of a low-quality imitation manufacture of a Japanese-type blade. Unfortunately the full text was not archived, so here are some snippets:

Calling it rubbish isn't even doing it justice. It is a steel of 420 [grade? length?], the surface is very rough; it feels like an iron bar when holding it in hand, and far exceeds 1 KG (I suspect lead blocks have been added to the inside). The sheath is made of plastic, Chinese street stall ... the patterns on the blade were produced by a machine process, and are in a perfect wave shape. There's no demarcation between yokote and kissaki (unique features of Japanese samurai blades; see image below) 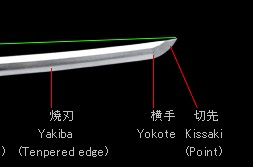 and the tip rounds off extremely smoothly (LOL~). The steel also has the inscription 联合刀具 特殊鋼 ~ is this supposed to be for chopping vegetables?!