About how many immigrants were on the Titanic?

All that I can find is that the majority of the 709 third class passengers were immigrants. Was it the vast majority, or nearly all of them?

Would there have been any immigrants in second class?

Is there an estimate of the number of migrants aboard the Titanic?

I want to attach a snippet to this question: Could the second and third class passengers go up to the deck, or anywhere "outside"?

Virtually all the Third Class (steerage) passengers were intending to emigrate. The majority were headed to the United States, while the rest intended to journey onward to Canada. For passengers in steerage, their voyage on the Titanic was intended to be a one-way trip.

The vast majority of Second Class ticket holders, who were not already US citizens, were also intending to emigrate to the US.

There was also a significant minority of British passengers with First Class tickets who intended to make the United States their home.

To give an idea of the numbers involved, almost 1000 of the approximately 1300 passengers on board the Titanic were non-US citizens. Perhaps more than 90% of them intended to emigrate to the United States (there is some doubt over the intentions of passengers who boarded at Cherbourg - see below).

The passenger lists for the RMS Titanic are available from a number of web sites, including Ancestry (images of the original lists, but subscription required) and Encyclopedia Titanica.

The passenger lists divide the passengers into 'British' and 'Aliens'. Lists of British passengers have a column for 'Country of Intended Permanent Residence':

The 'Alien' lists include column's for 'Citizenship' and 'Country of Intended Permanent Residence':

Separate lists were created for passengers who boarded at Southampton, Cherbourg, and Queenstown.

Note also that some passengers disembarked at Cherbourg and Queenstown.

According to this page on the Demographics of the Titanic Passengers, 306 passengers - including 43 of those in 3rd class - were Americans. This is from a total of 1315 passengers.

You should also bear in mind that there remains some uncertainty in the numbers, some reasons for which are discussed on the page on the Demographics of the Titanic Passengers linked above.

922 passengers boarded the Titanic at Southampton. The breakdown by class of ticket purchased was:

For British citizens, the Captain had noted the numbers of emigrants on the summary page: 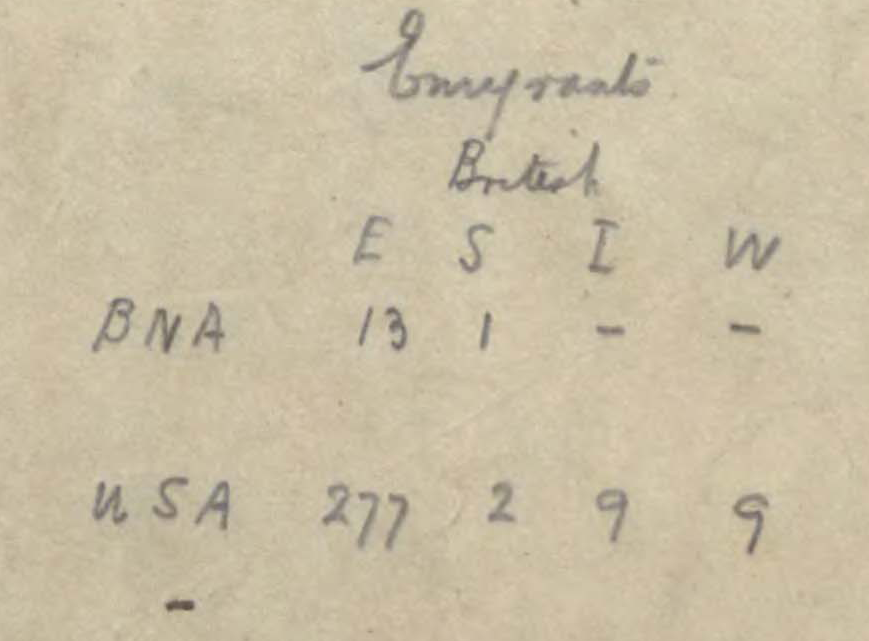 173 Second Class ticket holders indicated their Country of Intended Permanent Residence to be the United States.

Of the 130 British citizens who travelled in Third class, all were emigrating. 8 of those declared their Country of Intended Permanent Residence to be Canada, the remainder declared it to be the United States.

126 'Aliens' boarded with First Class tickets. All but 4 of these were US citizens. One of the non-US citizens declared their Country of Intended Permanent Residence to be Canada (as did 2 American citizens), the other 3 declared it to be the USA.

All of the 'aliens' who travelled in steerage declared their destination to be the United States, although some of these were already US citizens.

I can't find my copies of the Cherbourg lists, but the proportions are probably pretty similar to those for passengers who boarded at Southampton and Queenstown.

The total numbers of passengers who boarded at Cherbourg were:

All the passengers who boarded at Queenstown declared their Country of Intended Permanent Residence to be the United States. The breakdown was:

The Captain noted the total emigrants to the USA to be 109: 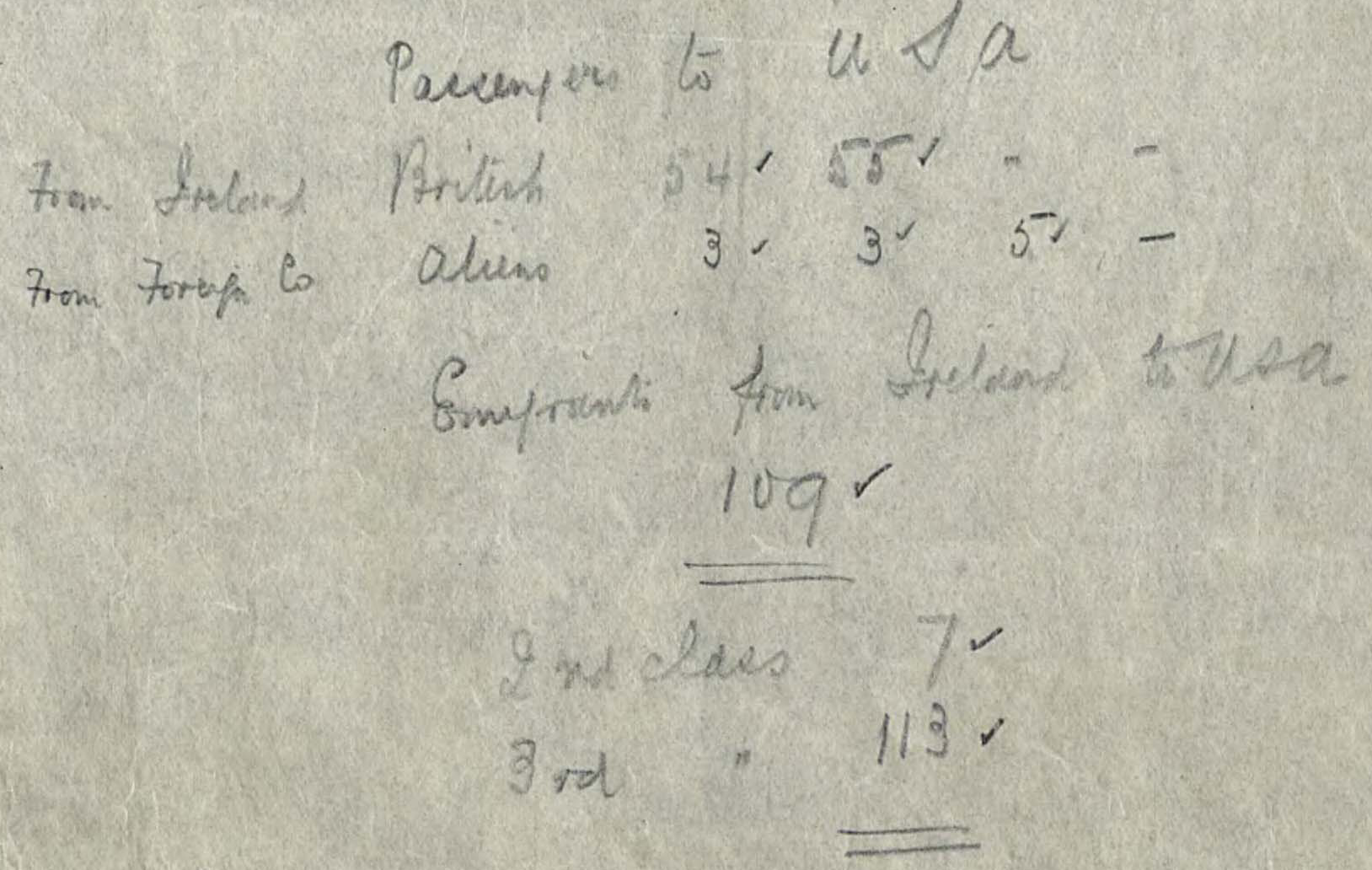 In this case, the other 11 passengers who boarded (including all the passengers holding Second Class tickets) were already US citizens.

Could the second and third class passengers go up to the deck, or anywhere "outside"?

Yes. All passengers had designated areas where they were permitted above decks. They were, however kept strictly separated according to class.

The Promenade Deck encircled the whole of A-Deck and together with the middle part of the Boat Deck constituted the outdoor space for First-Class passengers to enjoy the sea air and take exercise. 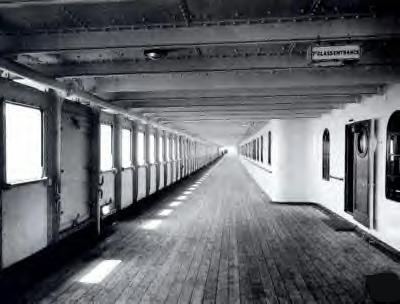 There were three separate outdoor Promenade areas for Second-Class. The main one was a 145 ft. long unsheltered stretch at the aft-end of the Boat Deck that encompassed the raised roof of the First-Class Smoking Room. A small deckhouse was installed acting as the Second-Class entrance, from where the elevator and main staircase were reached. There were wooden-slatted wrought iron benches installed along this deck and teak deck chairs could be rented for three shillings/1 dollars per person for the voyage. 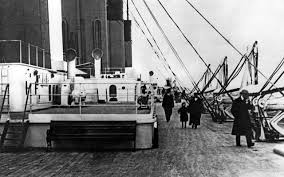 The two other Promenades were on B and C-Decks, surrounding the Smoking Room and Library. The C-Deck level was 84 ft. long and enclosed in steel framing with glass windows. It was generally used as a children's play area.

From the Wikipedia page on the Second and Third-class facilities on the RMS Titanic, passengers travelling Third Class had access to:

... the outdoor space located on the Poop and Aft-Well Decks in the stern, and the Forward-Well Deck near the bow. 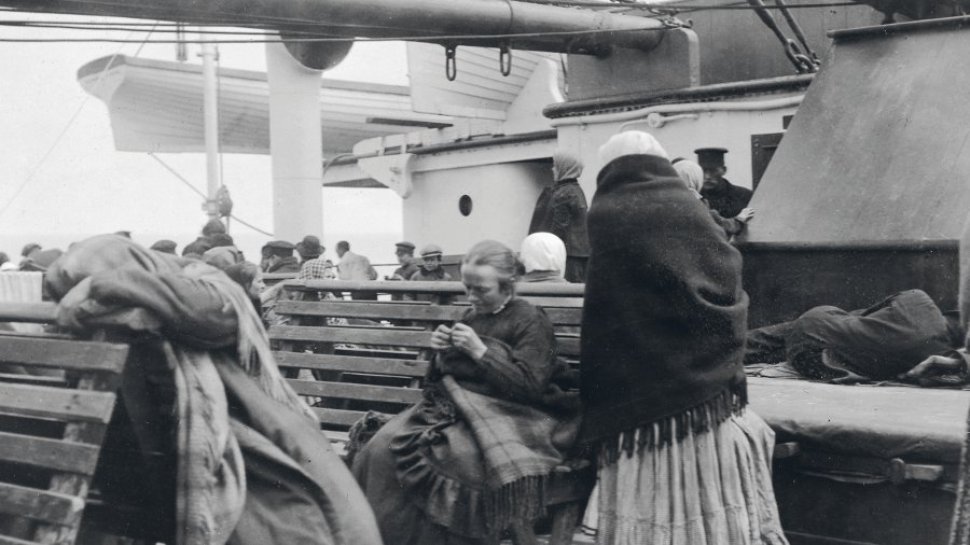 Not the answer you're looking for? Browse other questions tagged united-states 20th-century naval immigration titanic or ask your own question.

4
How many illegal aliens were deported under "Operation Wetback"?
10
What class / type of ship was the "Dragon" from Rotterdam c. 1732?
12
What were the most common reasons why draft-age men were not conscripted for the Union Army?
4
What is the proportion of Harki descendants in today's French Algerian community?
9
What jobs were available for migrants from the country to Rome?
5
Why did Black and Asian immigrants from the Empire not come to Britain in substantial numbers until after WW2?
14
How many pens were used by MacArthur to end the final chapter of World War II and where are they now?
2
If SS Californian were within 5 miles of Titanic, could she have saved more passengers?
9
How would an American returning from international travel prove his citizenship before 1914?
1
What was it like to be in first class on the R.M.S. Titanic?