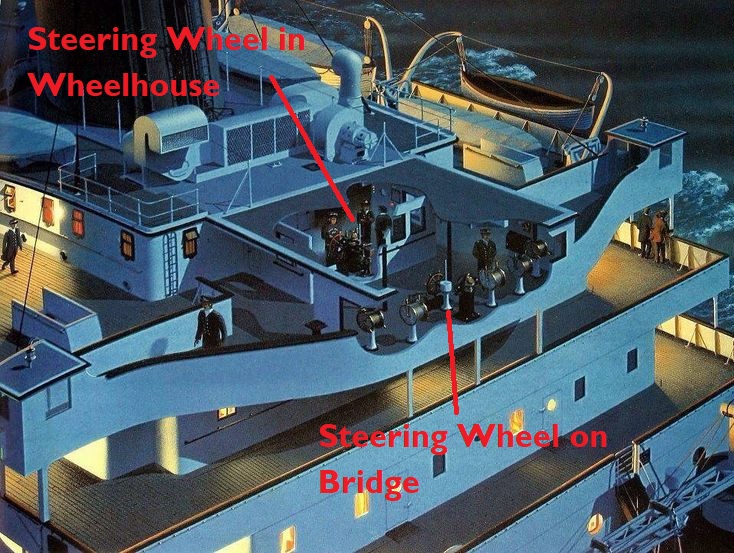 The quote beneath doesn't explain why the wheel in the navigating bridge wasn't the main one. If the bridge's wheel suffices for 'frequent changes of course or maneuvering', why not make the bridge wheel the main one?

The wheelhouse's wheel feels redundant and foolish: why situate crew and helmsman where they can see forward more poorly?

On the centerline of the bridge, facing the windows, was a helm with the ship’s wheel and a binnacle housing a steering compass immediately forward of it. This wheel was not what could be considered the main ship’s wheel, as it was only used when the ship was subject to frequent changes of course or maneuvering, as would be done near land, in a narrow channel, in port or when docking. When in use it was connected via an overhead mechanical linkage to the main steering mechanism located further aft in the wheelhouse. (This linkage is visible in the photograph of Olympic’s bridge taken by Revd Browne.) Once the ship was at sea under a normal steaming watch, the wheel on the bridge had its linkage disconnected, and the ship was then steered from inside the wheelhouse. If you were standing in front of the bridge wheel and turned to face aft, you would be facing the wheelhouse and be able to see inside it through large windows on its forward side. Those within would have a clear view of everything on the bridge and out the bridge windows facing forward. Inside the wheelhouse was located the main ship’s wheel, and immediately forward of it another binnacle housing a second steering compass. The wheel at this location was connected to a steering mechanism called a Telemotor.

While on the open sea, the helmsman follows the course, as ordered by the officer of the deck (OOD). Before radar, lookouts were used to identify passing ships, and obstacles, with the information relayed to the OOD, who then made decisions, and passed orders on to the engine room, and the helmsman.

When entering a harbor, a harbor pilot would take the place of the OOD, and would often take the job of helmsman as well; the pilot would then need a wheel on the bridge.

I've stood watch as helmsman, and the job was to follow orders, and mind the compass, which in modern times is a gyrocompass, or other inertial navigation system.

The link mentioned by Steve Bird is relevant, but it is also important to recall that the North Atlantic is renowned for the ferocity of its storms and heavy seas. When your view is changing from this 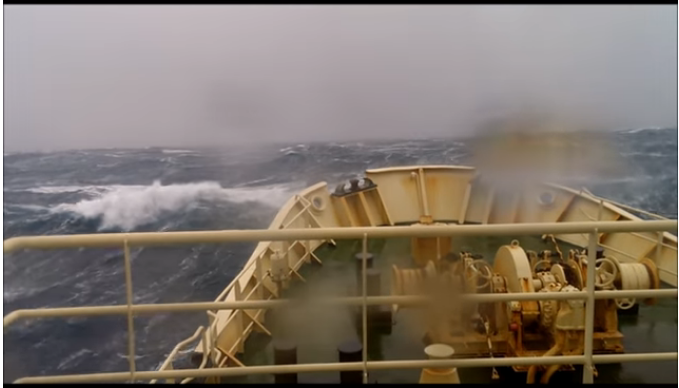 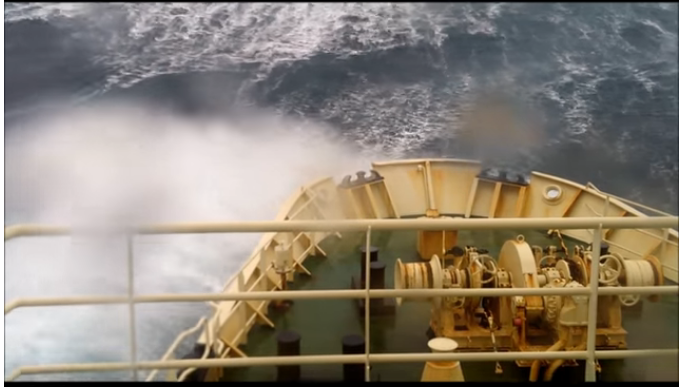 every few seconds, the temperature is -20C with a 40 knot wind blowing salt spray across the foredeck, the helmsman tended to perform much more reliably when under shelter.

Another video of weathering a North Atlantic storm.

However, the person who turns the helm is usually following the orders of an officer who has a good view from a different position on the ship and/or other sources of information about the situation and decides how the ship should be steered.

How did the helmsman know what he was sailing towards with a big mast in his face?1

7
How did the helmsman know what he was sailing towards with a big mast in his face?

5
Did anyone do Yoga on the Titanic?