Can anyone identify this uniform, the rank and if possible the date?

Can anyone identify and date this image: 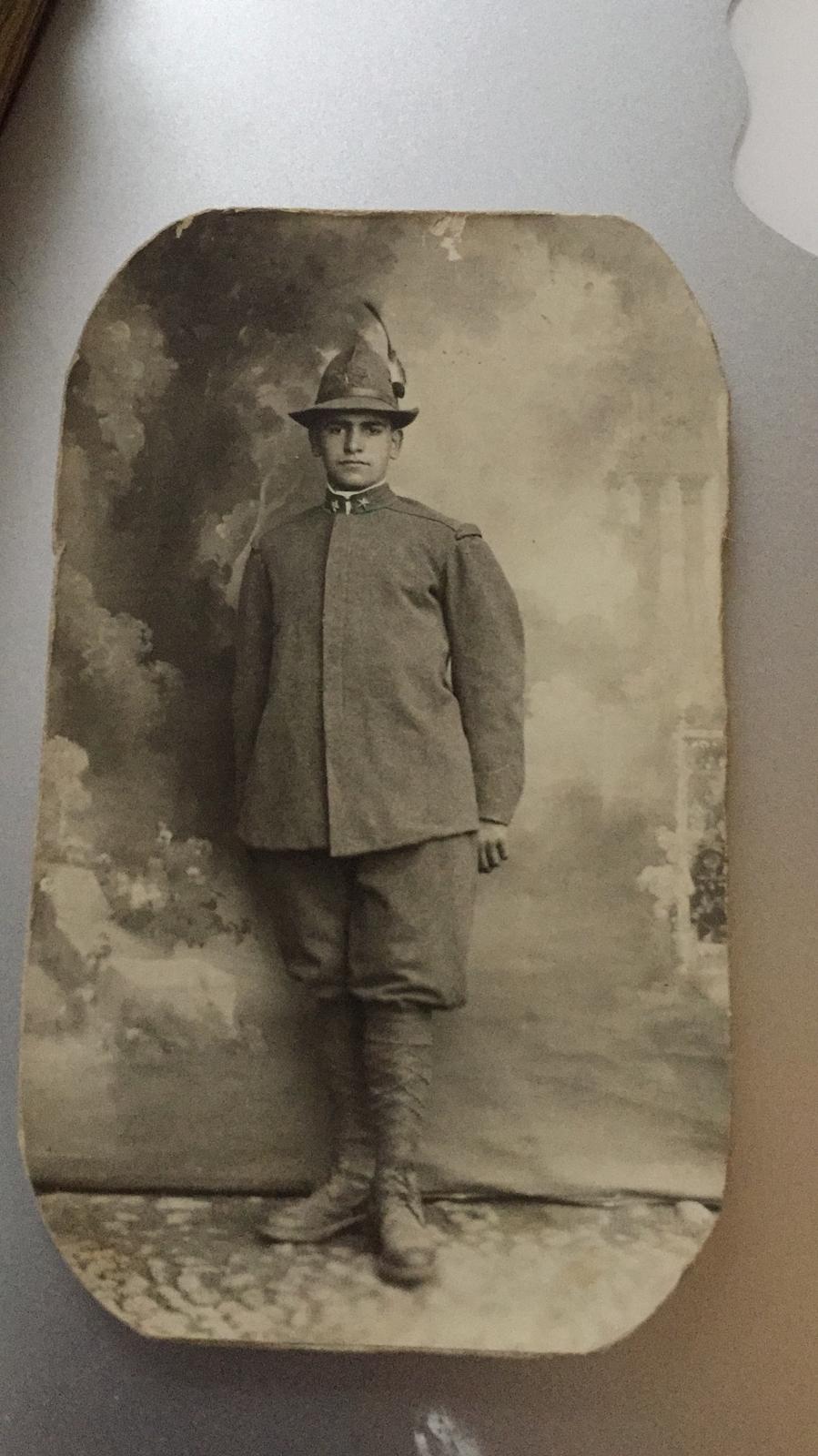 It looks to be a uniform of Italy's mountain warfare troops, the Alpini, likely from around WWI.

It's hard to get an exact year but the photo itself certainly looks like other WWI photos, and the coat looks much more like the WWI-era uniform (such as the images below) than the WWII-era version that these reenactors are wearing.

As for the rank, the cappello alpini he's wearing would have more info, but I can't make out much detail. The feather doesn't look like a fully black raven's feather, so he might be some sort of officer since, depending on rank, officers wore brown eagle or white goose feathers. 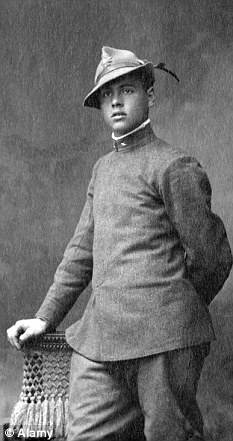 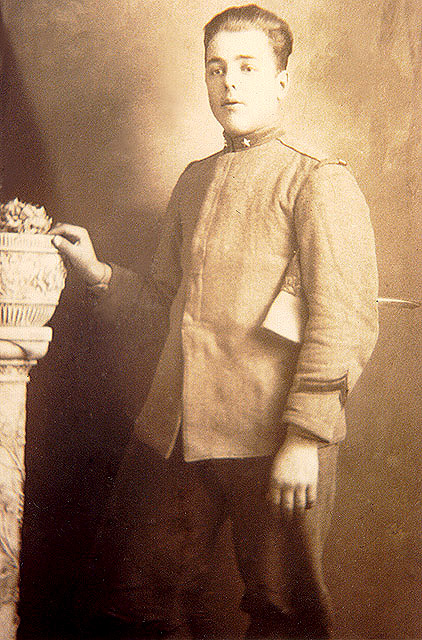 He was an Alpino, italian mountain's troop, the uniform is that of the WW1, and he was a private, nor NCO sleeve chevrons or officers stars and V shaped chevrons on the felt hat. The fishbone shaped puttes are tipical of the time of war, the crow feather on the Alpine felt hat was eliminated for reasons of war until the end of 1917, but this is a study photo, it may have been put back for the occasion.