This photo is in a TV documentary about World War 2 in Africa. I see a large square platform build of bricks that goes right up to the chin. What is this and why was it removed? And why is nothing ever written about this in histories of the Sphinx I find online? I seriously doubt it somebody would fake a photograph like this for a WW2 documentary. 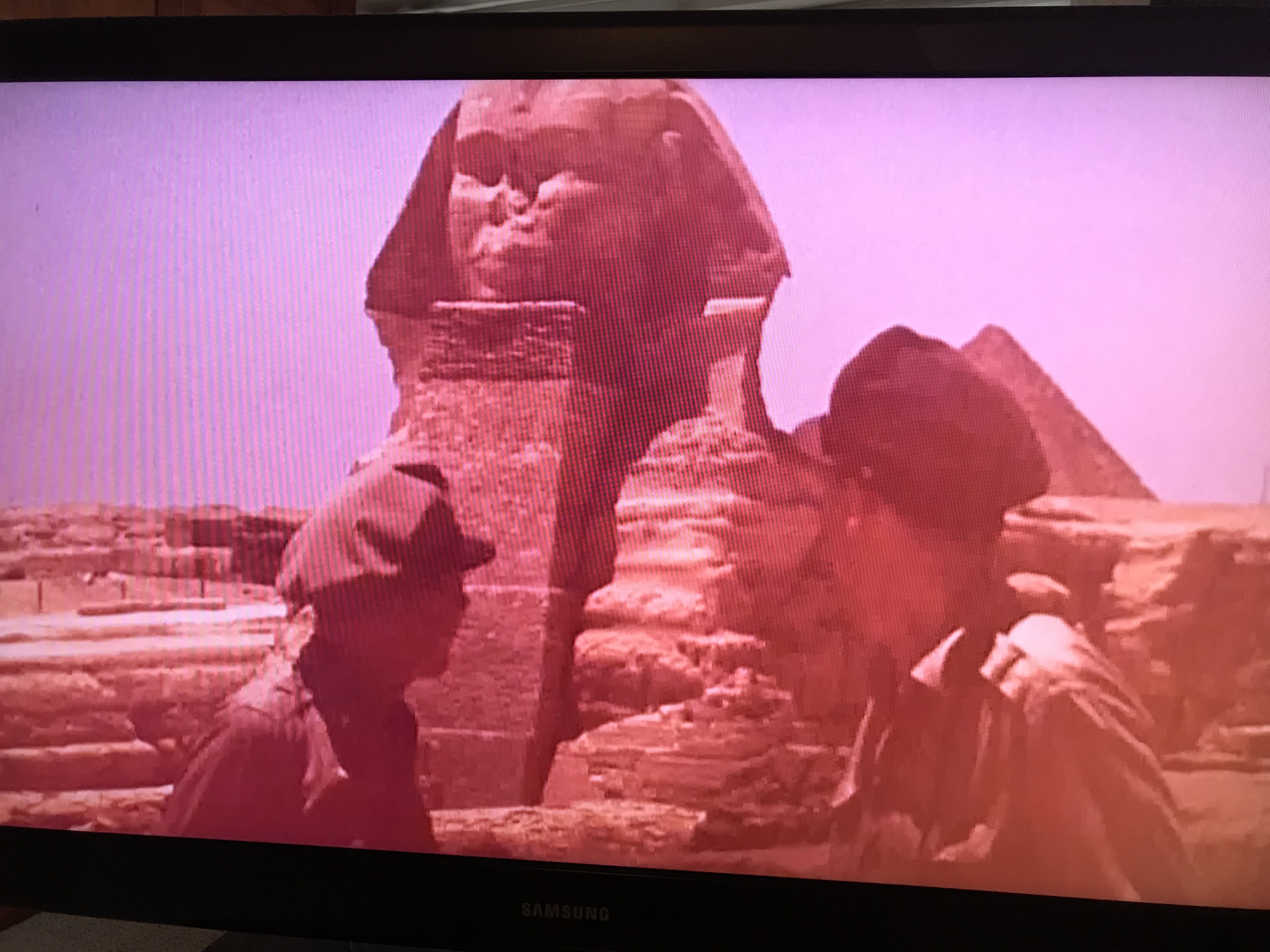 The structure you see is made of rock and sandbags, to protect the Sphinx from bombs as World War II fighting drew near the area. Life magazine reported in 1942 that,

the Egyptians have partially covered [the Sphinx] up.... From its base they have built a pile of rock. On top of that they have put a pile of sandbags, neatly tucking them in around the statue's chin to protect the weak limestone neck and face against breakage if a bomb should go off nearby. 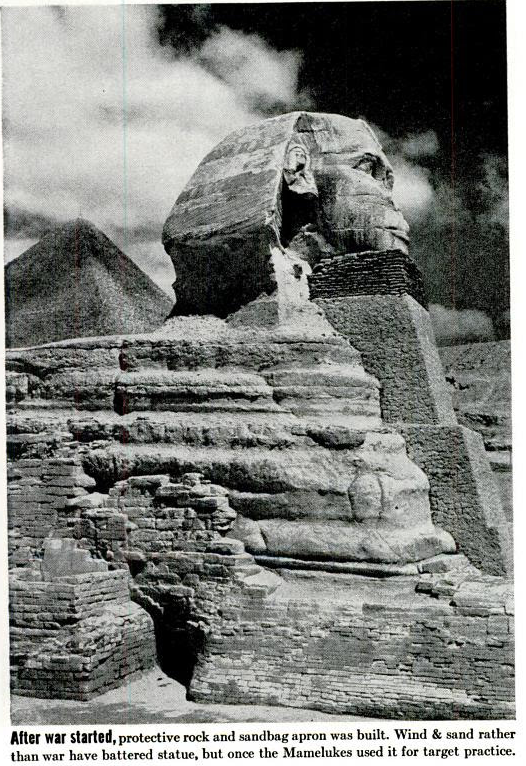 Ironically, this protection was necessary after nearly two decades of excavations. From 1925 to 1936 Emile Baraize (beginning p.40) dug out the sand around the Sphinx and installed walls around it to keep the sand away, and found several temples and a Roman-era viewing platform. Baraize also took over 200 photographs during his excavations but I haven't been able to find an online archive of them. Selim Hassan took over after that and immediately razed Baraize's protective walls and continued the excavations and investigation.

2
What is under the Great Sphinx of Giza?
16
How exactly were beer/bread made in Ancient Egypt?