Why are NATO flag officers allowed to pilot aircraft?

LTG Frank M Andrews and Maj Gen Robert Worley both died while piloting combat aircraft in a war. Wikipedia has pictures of GEN Fogleman, while a four-star Gen, flying the C-17 and F-16. 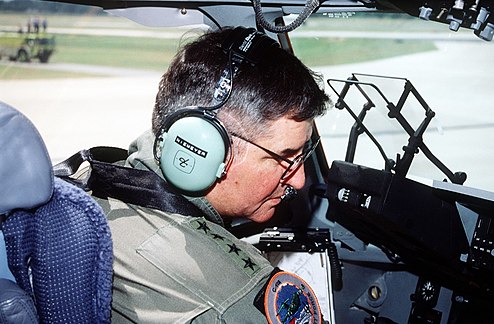 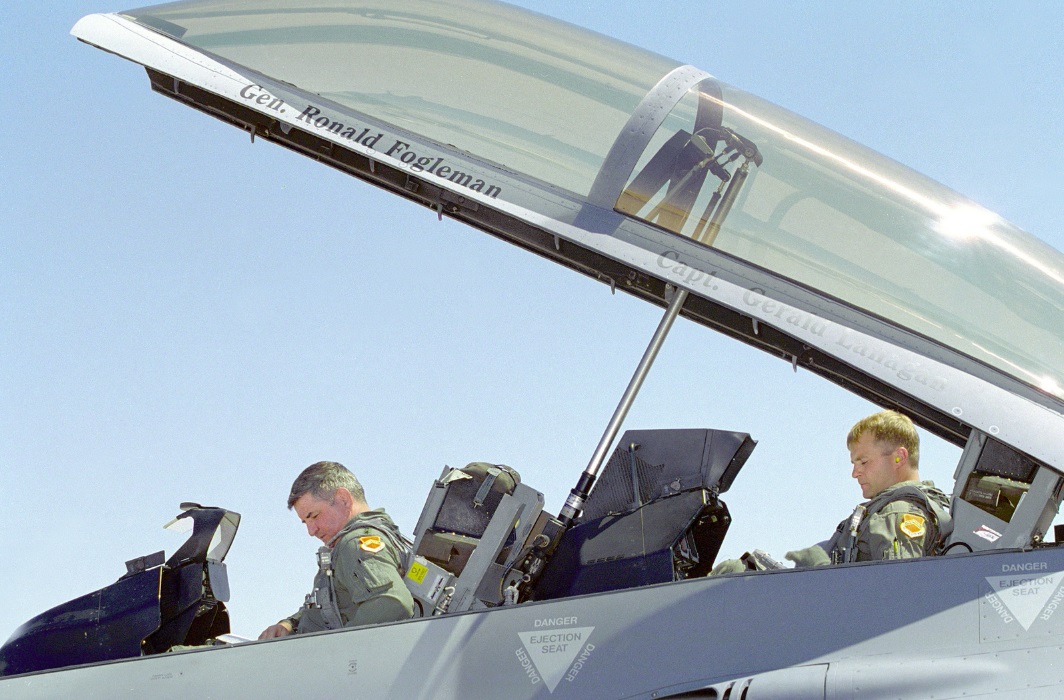 There are two types of people who make it to general.

The first type consists of officers who are personally outstanding in combat. On their way up the ranks, they were so good at shooting down enemy, that when they were given the job of training and leading other men, these subordinates also excelled at personal combat. In their cases, they are among the best "soldiers" in their unit, in addition to being generals. An example in the Army was General William Dean of the Korean War, who personally wielded a bazooka during a battle. (I'm using army officers, since I know them better than air force officers.)

McAndrews and Worley were both this type of general. Yes, they were tasked with "planning" the operations of others, but for such men to do this job, they have to go out to the actual battlefield to get the "look" and "feel" of it for themselves. If that's what they need to do in order to "lead," most of them are given permission to do so. (Consider the size and ranks of the "entourage" that went down with McAndrews.)

The second type consists of officers who aren't so combative or good in the field, but excel at staffing, planning and similar functions. Among army officers, George Patton was the first type of general, and Mark Clark was the second type.

During World War II, there was a Soviet air marshal Alexander Pokryshin who got there by being an "ace" pilot. Only a few aces make it all the way to general, and the ones that do train or induce others to do what they do, successfully. In Pokryshin's case, he basically "re-vamped" Soviet air tactics to make them competitive with the Germans. To do what he did, he had to personally lead others in combat and "learn" (second hand) from their mistakes.

I'm assuming that generals and admirals are less skilled or prepared to pilot aircraft, as their primary duty is management and leadership, not flying.

Generals and admirals weren't always generals and admirals. As we'll see below, many are very distinguished pilots. And while you're correct that their primary duty is management and leadership, when the general wants to take an aircraft out for a spin who's going to tell them no?

First, let's look at those you mentioned.

As has been pointed out in the comments, General Andrews did not die in combat, nor was he believed to be flying the aircraft.

General Worley was a combat pilot during WWII with 120 missions and 215 combat hours, including having been shot down in North Africa. He helped with the transitions to jets. He held the Distinguished Flying Cross, and the Air Medal with seven Oak Leaf Clusters. He died when his recon aircraft was hit by ground fire in Vietnam.

...a command pilot and a parachutist, he has amassed more than 6,800 flying hours in fighter, transport, tanker and rotary wing aircraft. He flew 315 combat missions and logged 806 hours of combat flying in fighter aircraft. In early assignments he instructed student pilots, performed combat duty as a fighter pilot and high-speed forward air controller in Vietnam and Thailand, taught history at the Air Force Academy and conducted flight operations in Europe -- including duty as an F-15 aircraft demonstration pilot for international airshows.

And looking at some modern officers...

Lescher commanded the Vipers of Helicopter Anti-Submarine Light (HSL) Squadron-48, the Airwolves of HSL-40 and the Atlantic Fleet Helicopter Maritime Strike Wing... Lescher’s initial operational tours were with the Lamplighters and Swampfoxes of HSL-36 and 44, deploying primarily to the Middle East region aboard USS O’Bannon (DD 987), USS Clark (FFG 11), USS Capodanno (FF 1068) and USS Elrod (FFG 55)... Ashore, his assignments included leading the SH-60B Seahawk developmental test team as an engineering test pilot at the Naval Air Warfare Center, where he launched the first guided missiles from a Navy helicopter... Lescher graduated with distinction from fixed wing, rotary wing and Naval Test Pilot School training. He has been recognized as the Association of Naval Aviation’s HSL Pilot of the Year, the Naval Helicopter Association’s Regional Pilot of the Year and the Naval Air Warfare Center’s Rotary Wing Test Pilot of the Year.

Admiral Lescher is certainly skilled and prepared to pilot helicopters.

The current US Army Chief of Staff General James McConville...

He is also a quite skilled and prepared pilot of helicopters.

What other GFOs of NATO Rank OF-6 or higher died, while piloting in a war?

I did a quick scan of US officers killed in combat, because that's what I have easily available, and found...

General Crumm was killed while piloting a B-52 en route to a bombing mission. He collided with another B-52.

His first assignment was with the 91st Bomb Group in the European Theatre of Operations as a B-17 pilot. He returned to the United States as a member of the "Most Deserving Bomber Crew of the 8th Air Force" and lectured at 30 combat crew training schools and all of the major aircraft factories.

...He attended B-47 Advanced Flying School at McConnell Air Force Base, Wichita, Kan...

He was commander, 388th Tactical Fighter Wing, Korat Royal Thai Air Base. He departed Korat on Nov. 18, 1967 as pilot of number three aircraft in a flight of four F-105D's, on a strike mission over Phuc Yen Airfield, North Vietnam. His aircraft was hit by fragments. He completed his pass, released his bombs, and made a nearly level right turn to exit the area. His aircraft was on fire. He attempted to light his afterburner, was unsuccessful, and the aircraft went into uncontrollable spin into a cloud undercast. No ejection was seen or parachute observed. He was 18 miles west of Hanoi. He was held to be missing in action from Nov. 18, 1967 to Jan. 15, 1968, at which time sufficient evidence was received to warrant placing him in a captured status. Conclusive evidence was received on April 2, 1974 that he had died in captivity on Nov. 18, 1967.

5
Did generals really fight in ancient China?
-2
Medal of Honor for retreating before an enemy?

25
Why weren't aircraft carriers utilized during D-day?
50
Why did Civil War officers tell their men to "aim low"?
2
Why are the police never responsible for guarding the Head of the State?
27
Why hasn't Russia maintained significant numbers of aircraft carriers?
15
Why have officers in the U.S. army tended to "top out" at the level of Major?
8
Why are modern tanks regiments called cavalry?
15
What are those X in top of the flag?
5
Why would high-ranking officers wear a helmet exhibiting their rank near the enemy?