Does somebody know anything about the original "Tour de Croy" tower?

The 18th century Tour de Croy tower was used in the meridian measurements by Delambre and Mechain from 1792 to 1799.

Does somebody know anything about the original "Tour de Croy" tower? When was it built? How tall was it? Is there a drawing of it in some book?

The Tour de Croy was completed in 1765, according to the Chatillon site page Histoire de la ville. Construction took place in stages, starting in 1763. The height was eventually 50 feet in total.

It seems to have functioned as an observatory from the start, and it is referred to as la Tour de M. le Duc de Croy on page 61 of Histoire de l'Academie royale des sciences (1772) in an account by M. Le Monnier SUR UNE ECLIPSE HORIZONTALE DE LA LUNE, VUE A CHATILLON on the 23rd of December, 1768.

The Duc de Croy who built the observatory / tower was Emmanuel de Croÿ-Solre (1718-84), who was Maréchal de France (Marshal of France, the highest military honour in France). The Duc

Translation: had a passionate interest in the natural sciences. He built a tower-observatory in Chatillon... 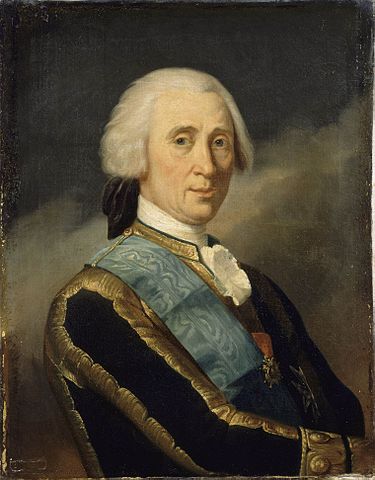 The observatory is mentioned several times in his journal and was used by the French astronomer Pierre Charles Le Monnier, among others. It appears to have cost the Duc 28,800 livres (pounds), a sum which was

Translation: dear [expensive] for such a folly, but not too much for the success and beauty of the place, which was generally admired, when one went there in good weather, for that view surpassed all those around Paris and the King's houses, and it proved very useful for astronomers;

According to a web page on the Tour Biret, the Tour de Croy was

Unfortunately, I have been unable to find any drawings or plans of the Tour de Croy but a few of the features are mentioned in the Duc de Croy's journal. He mentions there was a belvedere (a summer house or open-sided gallery, typically at rooftop level, commanding a fine view). It was evidently built in stages; in Sept 1763,

Translation: I decided to raise it by ten feet more, by which I hoped to dominate all the trees,...

He also mentions the addition of two staircases and a balcony, and twice describes it as "charmant" (charming).

Emmanuel de Croÿ-Solre was also the driving force behind another Tour de Croy, begun in 1757 and completed in 1758. This tower, on the coast at Wimereux, had a defensive purpose during the Seven Years War.

Not the answer you're looking for? Browse other questions tagged france 18th-century french-revolution building or ask your own question.

3
What was the meaning of Auguste Delfosse's statement "La liberté française pour faire le tour du monde n'a pas besoin de passer en Belgique!"
11
When did the tilt of the tower of Pisa become seen as a feature instead of a defect?
5
Why didn't the English overrun France when the king was their captive?
16
Were there any Roman villas in Britain which were used rather than destroyed after the Romans left?
4
Does anyone have information about a pre-1859 church in Villers-Bretonneux?
5
Does anyone know anything about this poem