This may be a personal question ( meaning, coincidentally the conduct of the question has not happened in my life. ).

Fist and Palm Salute ( English ) is the traditional Chinese greeting pose, indicating the one that poses it have no enmity to the peers, but I was born in 1974, ever since in business scene nor informal scene I have never met anyone pose like this. ( Although even in linked page the pose looks like being practiced in modern China. )

Thanks to bukwyrm in the answer, Fist and Palm salute and Hold Fist Salute ( both of which are explained in the link ) are different. So though I watch many, like Jackie Chaen or Jet Li is doing the Hold Fist Salute but it is intended for Kung-Fu fighting.

I am talking about Fist and Palm salute which was already prevalent even in Three Kingdom Age, whose movie is depicting lots of Chinese generals using it back then to say something to his lords. Like this one ( I am sorry it is in Japanese ). ( 2:25~ )

Did the fist and palm salute survive the Mao's Four Olds?

If Semaphore puts is it is more observed in Taiwan not in mainland China, that might indicate something more deep. ( I have only just one been to Taiwan for a trip but did not observe carefully. ))

Out of curiosity, has it ever happened in your life if anyone met Chinese in the past?

Oddly enough I was just watching the documentary People's Republic of Desire last night, which is about the Chinese streaming platform YY. Several performers are frequently seen making versions of this gesture. I commented on it to my wife, who is ethnically Chinese (but not from China) and she said she mainly associates it with kung-fu movies.

In most cases throughout the film, the YY hosts are clearly using the Hold Fist version, rather than the Fist and Palm. But here's a frame from around 10:37 of the documentary where it looks like the Fist and Palm was intended: 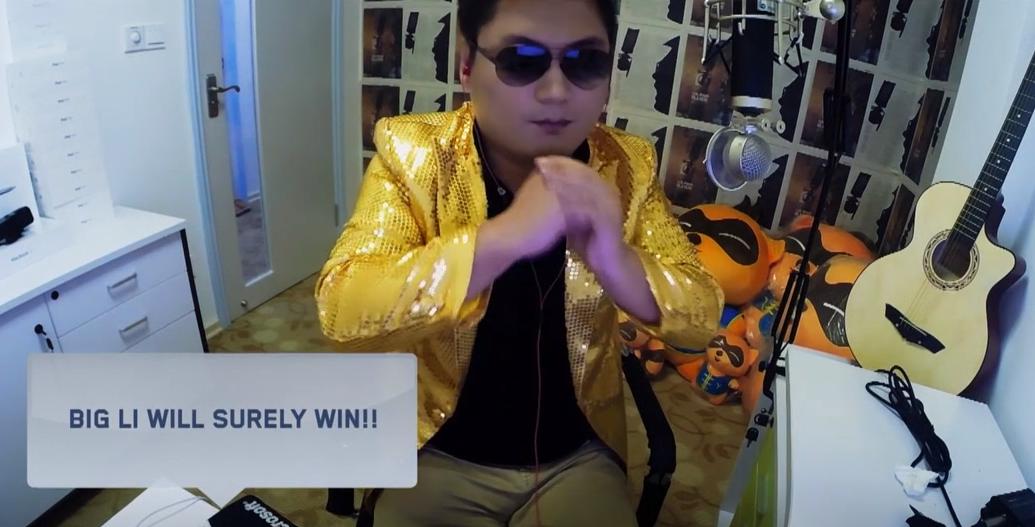 As for what is normal in business situations, here is a quote from the Hong Kong newspaper, South China Morning Post, referring the Fist and Palm version:

Although this traditional Chinese greeting is fairly uncommon these days, some Hongkongers may opt to use it instead of a handshake if they are ill and wish to avoid passing on germs.

Did the fist and palm salute survive？

Yes it does. In fact people are still doing it everywhere, except it's been used less especially in one-to-one situation where hand shake is much practical and simple (I will explain below).

When people cannot establish a handshake, for example, in video phone call, or if you are on the stage and there's fifty-hundred people watching you, etc, the fist and palm salute is often used to express gratefulness or respect.

However very few people still use it for everyday hello unless for very formal situation nowadays, generally because it is very easy to do it wrong:

Although most people don't care about it too much nowadays, still it is very hard to avoid some minority from nitpicking. So if you prefer to keep it simple and afraid of making mistakes, JUST SHAKE HANDS, it's much easier that way.

6
How has Chinese GDP as a percentage of world GDP changed over time and why?
1
What are these old Chinese books?