Where did the Roman money involved in the spice and luxury trade end up?

In the book "The Roman Empire and the Indian Ocean" by McLaughlin, which is a very interesting read, he states that annual bullion going to buy luxuries in India was around 50-100 million sesterces per year between around 60 AD and 160 AD. He mentioned that there have been very large coin hoards found in India, specifically in the Tamil region. He also mentioned how the Indians would use their own currency to buy trade items from further east as they preferred to keep the Roman money as it was a better quality and higher silver content.

That amount of silver/gold exported was pretty large. My question is where did this bullion end up? I realize at the start it went to India, but did it all stay in India? Or did they use it to buy other things further on down the line.

The evidence available suggests that much of the gold and silver coinage which came to India from Rome was (1) melted down to produce local coins and jewelry, (2) defaced by local rulers and used locally, and (3) hoarded for financial or religious reasons.

As noted by the OP's sources, huge amounts of gold and silver were shipped to India to buy luxuries which were then shipped back to Rome. Once in India,

these Roman coins had, at different times and regions, multifarious uses—local currency, jewelry, ritualistic offerings at Hindu and Buddhist shrines. Sometimes, the Roman gold coins were melted to produce local coins and/or jewelry (Suresh, 2004), But a large number of the Roman coins, in all metals, were used as circulation money.

Hermann Kulke & Dietmar Rothermund, in A History of India (4th ed., 2004) note the contrast between southern India and the Kushan north:

The trade with Rome brought large numbers of Roman gold coins to southern India. In contrast with the Kushanas who melted down all Roman coins and reissued them in their own name, the rulers of south India did not do this but simply defaced the coins. A sharp cut across the face of the Roman emperor indicated that his sovereignty was not recognised but his coins were welcome and would be accepted according to their own intrinsic value.

S. Suresh, in Symbols of Trade: Roman and Pseudo-Roman Objects found in India, notes that coin finds in southern India are far more numerous than elsewhere. This makes sense if Roman coins were melted down elsewhere. In Kushan, for example, Kanishka I (c. 127–150 AD), "melted Roman coins and modelled his on them."

On the hoarding of coins in southern India (during the Sangam period), there is some disagreement among academics as to why this was done. Suresh, in largely dismissing the idea that it was done because of local wars (he notes the time-frames don't fit), suggests that because

the early indigenous coins of south India were invariably thin small pieces of silver or copper whereas the Roman issues in gold and silver were heavier and artistically superior...the latter were often hoarded in large numbers mainly for their bullion value.

Further north, during the Satavahana dynasty, silver punch-marked coins were issued by traders' guilds rather than by the state. However, we lack conclusive evidence that the silver was originally Roman. Roman coins were also melted down into bullion to make jewelry such as imitation Roman coin pendants.

Large hoards have been found buried, including under temples or shrines, in graves and at other sites (though it should be noted here that often only a small percentage of the coins are Roman). Some of this may have been intended for retrieval but much of it was ritualistic offerings.

Also, Raoul McLaughlin, in Rome and the Distant East: Trade Routes to the Ancient Lands of Arabia, India and China notes that India

channelled Roman wealth into the land of the ‘Seres’, or ‘Silk People’.

Himanshu Prabha Ray, Trade in the Western Deccan under the Satavahanas (1985)

A. R. Mukhamedjanov, Economy and social system in central asia in the kushan age (UNESCO, 1996)

Ancient and Medieval Indian Kingdoms had a huge appetite for gold. They hoarded it, and probably preferred to export other profitable things. Demand for gold in India made the price so high that late Bactrian kings circa 500 A.D. opted to use copper coins.

Romans traded with both North and South India. The Roman Empire's trading partners in North India weren't Indians, but the Kushan Empire and Satraps. They were nomads from Central Asia who probably weren't as anal retentive about gold as Indians. A lot passed through their hands, and some into Central Asia. The Kushans seemed to have melted all of the Roman coins to make their own currency because there aren't many Roman coins in North India (1). This is contrasted with the Tamils, who were content to strike them for reuse. Many coins like this have been found in hordes in Tamil Nadu.

India amassed gold from trade with the east and west from the time of Ashoka (i.e. Hellenistic) until the modern era. India was also invaded with some regularity. However, much of the gold was amassed by the Tamil kingdoms in the extreme south of India, which was relatively well buffered from these invasions. Tamil Nadu was only complete conquered by the East India company in 1799.

Nader Shah of Persia took a massive amount of plunder from Dehli in 1739, estimated by the historian John Frazer to be worth 85,000,000 in 1739 British pounds. The Times of India refers to the Dehli horde "changing hands en masse" a second time to the British in 1857. This would have been during the Great Rebellion. The British don't seem to have "looted" India as a part of their rule, probably because they didn't control it well enough.

Indian treasure consisted of gold, precious stones, and silver. Indians did produce a lot of gold themselves. Much of it came from trade with the west, and some of it from the Roman Empire.

The Indian subcontinent has large temples that were mostly built from about 1100-1500. It's estimated that these still hold 1 trillion dollars in gold. Prime Minister Modi began a campaign to use these to offset trade imbalances. India still imports 1,000 tons of gold a year.

At the center of this is a dispute between the owners of the Padmanabhaswamy temple, the Tranvancore family, and the Indian government. In 2011, one of the vaults of the temple was opened, revealing $22 billion in treasure. One observer said that there were 100,000 gold coins, including ones from the Roman Empire. In 2015, there was still a legal dispute about opening one of the more sacred chambers, known as "Vault B".

The middle and upper class have done as good a job at hoarding gold as the major temples on the subcontinent. They have an estimated 22-24,000 tons of gold, worth $800 Billion. Gold is the second largest import of India after oil, at 750-1000 tons per year. Together with the 550 tons held by the national reserve, gold accounts for half of India's GDP.

Padmanabhswamy Temple and Vault B. 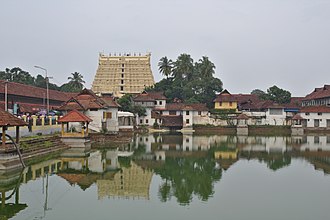 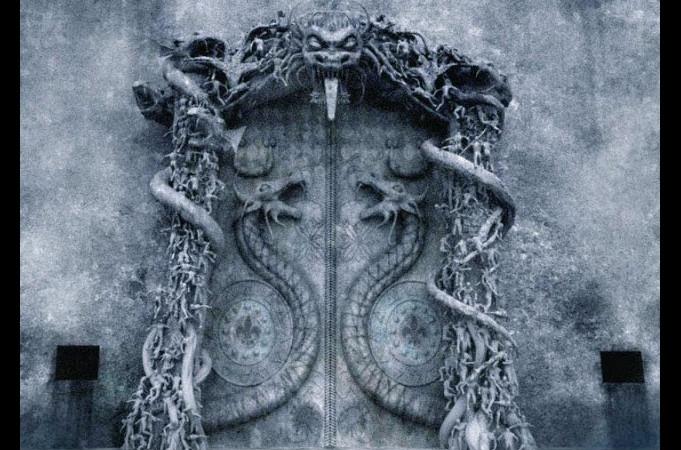 Not the answer you're looking for? Browse other questions tagged ancient-rome roman-empire trade ancient-india or ask your own question.

12
Where did the money come from to build the Colosseum?
21
What was the value of the spice trade during the age of exploration?
1
Difference between legions at the end of the Roman empire and around the beginning of the Roman Empire
13
Why was the spice trade so profitable in the 15th century?
6
How important was currency inflation in Fall of Roman Empire?
5
What allowed or prevented Roman conquest in terms of population, climate and geography?
4
How did Romans know if their money was debased?
15
What did parchment and papyrus cost in the Roman Empire?
2
Why did Romans use the sesterce in written monetary records when the coin itself was so rarely used?