How is this pattern from Pompeii also in Cappella Sansevero?

The labyrinth tiles in Capella Sansevero where built between the mid 1760s to c. 1771 (according to http://www.museosansevero.it/floor/?lang=en). They look like this: 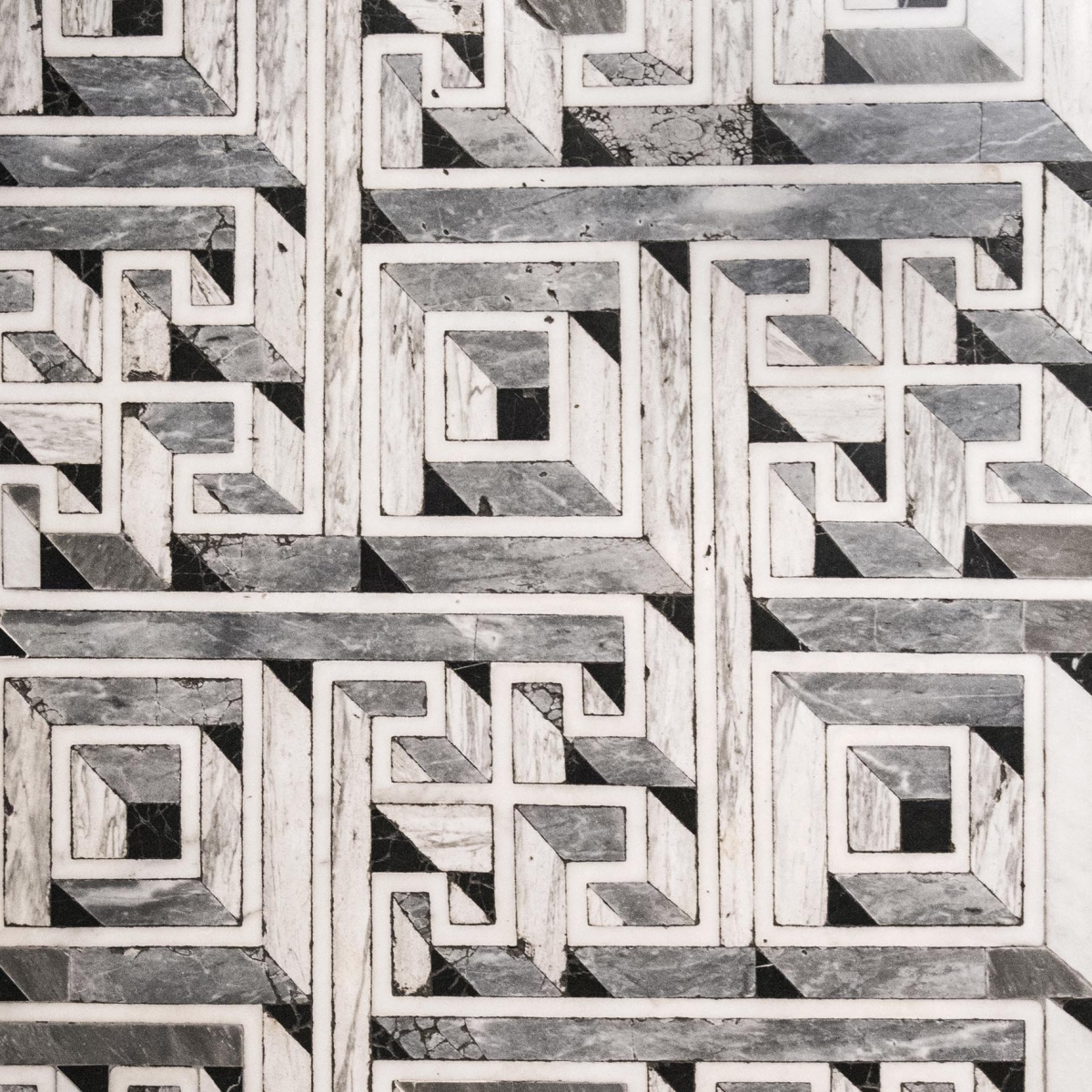 I saw the same pattern in Villa dei Misteri in Pompeii. Here's a picture:

The patterns are almost the same, and it seems unlikely to be a coincidence, specially when both buildings are quite close.

As far as I can find, the Villa was not excavated after 1909, so it would not have been known when the Capella was built. From what I've read, several buildings in Pompeii were excavated around this time, but the frescoes of these places were removed and the buildings buried again. Since the fresco in Villa is in great condition and relatively far away from the rest of Pompeii, it seems unlikely that it was unearthed and buried.

Maybe this is a somewhat common pattern and could have been found somewhere else? Or is it just a coincidence?

These are meander patterns that had many variations and were very common in classical Greek and Roman art. The Romans took them from the Greeks and made their own variations, and in turn they were used by neo-classical architects and artists in the eighteenth and nineteenth centuries

There is an interesting article on how they work here

3
What repercussions did Agrippina's murder have for Pompeii?
11
How much of Nazi iconography came from Hitler?
2
Who is this person?
10
How can I date this carved wood sculpture?
4
Why is this Roman bust identified as Arminius?
9
Is this costume plate from Theatrum Orbis Terrarum correctly colored?
20
How do we know this bust is Aristotle?