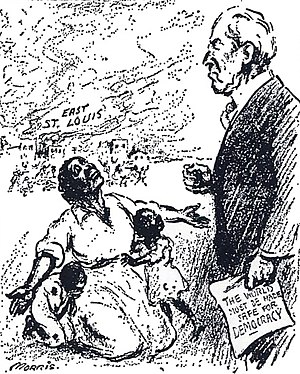 32
Was World War I a war of liberals against authoritarians?

11
Why did American public opinion move away from isolationism in 1940-41?
9
Why wasn't Federal Republic of Central America a stable country?
5
When did it become openly known that Wilson supported the Balfour Declaration?
6
On what accomplishments does Theodore Roosevelt's present day reputation rest?
9
Did a senator try to oust Woodrow Wilson from office?
7
Where did Wilson state that the US would have to force access to markets with violence?
13
Did Wilson's 'He kept us out of war' really win the 1916 Presidential Election?