Why is this hat identified as the Byzantine Imperial kamelaukion?

Concerning the word kamelaukion/kalemaukion (footnote), we must assume it had several meanings. The common one occurs in Nikephoros Phocas and is head gear for ordinary infantrymen. The second one is an extremely important piece of imperial headgear. Let’s only talk about the latter here.

I always see byzantinists (Example) claiming the following two images depict the kamelaukion. But I never get an explanation, how they arrive at the identification. 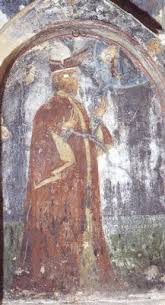 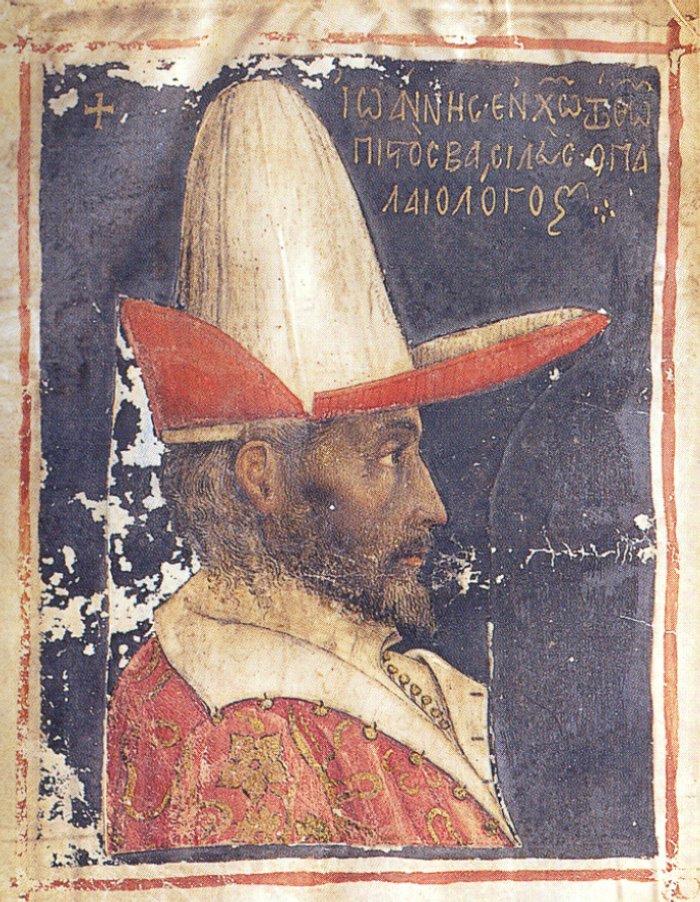 The fact is that Constantine porphyrogenitus explicitly refers to the kamelaukion as a στέμμα, which coming from a Modern Greek perspective, I don’t believe was used for hats (I am still researching this, you are welcome to disprove me). He makes an enormous point of the divine origin of this gear and how it is to be worn only under special circumstances. 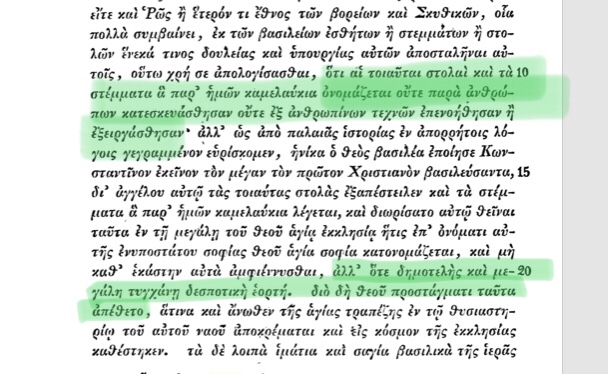 This to me argues very much against finding the only Byzantine image of the kamelaukion on non-emperor Chatzikis(Image 1). If I was to search Byzantine images for it, I would look at the stemmata emperors are handed by God on icons commemorating great successes: 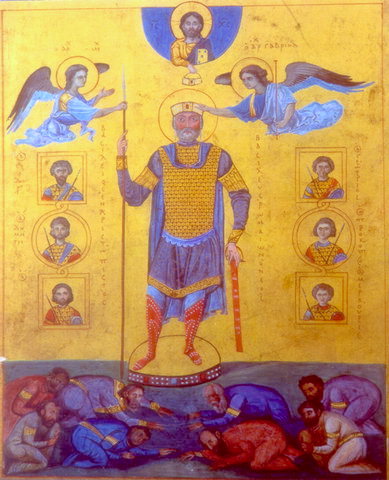 I am not saying this is anything like a solid theory. I am just expressing my doubts and asking for the grounds for the usual belief. For one thing, the headgear bestowed unto Basil the Second differs from today’s priestly καλημαύκι in terms of colour, but the shape is actually similar, especially if we consider the rarer type without a brim: 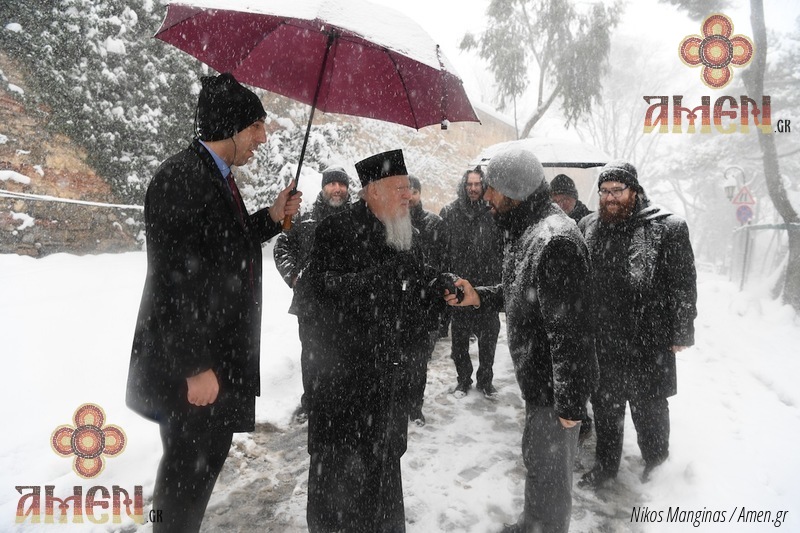 Admittedly, stemma doesn’t seem fitting for what Basil the Second (Second from last Image) is wearing, but perhaps for what the angel is holding, if the latter is, as I think open.

Why is the type of hat in the first two images often identified as kalemaukion? There must be papers establishing this identity or clear original text that I am unaware of.

Footnote: As far as I know, the word wise identity between older kamelaukion and newer kalemaukion has never been doubted and they are always interpreted as derived from Latin camelaucium

It seems to me we have two different descriptive terms for a piece of headgear. The first term, kamelaukion or kalemaukion from Wikipedia:

In Byzantine times the term kamelaukion was a more general one for formal headgear, including items worn by the Imperial family.

So this term describes a piece of headgear worn by a member of an imperial family.

The second term,that your cited blogger disputes, skiadion, is described here as

a type of hat. In antiquity the term skiadeion designated a sunshade or parasol

An author here in The Portrait in Byzantine illuminated manuscripts. By Iōánnīs Spatharákīssays, says it is a skaidon:

What, for instance, John VIII wears on the medallion of Pisanello and the miniature of Sinait is indeed a skiadon...

It seems these terms could, and are, both be used to describe the hat pictured being worn by John VIII. It is a hat being worn by an imperial leader, and it provides shade.

The shade aspect can actually be seen in a medal of John VII done by Pisanello in 1438-39. The front side shows detail of the famous hat, 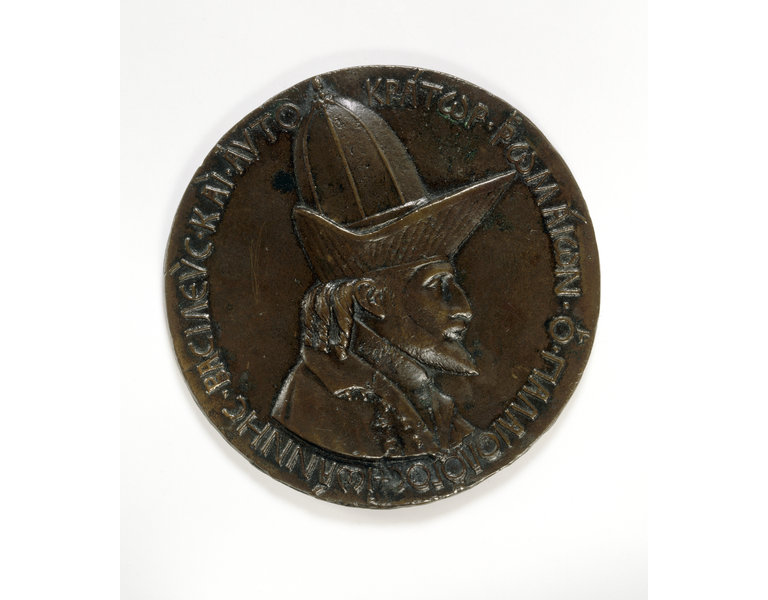 while the back of the medal actually shows the hat being worn in an outdoor situation, where its function would undoubtedly provide shade. (In this aspect it looks kind of like a modern 'baseball' cap.) 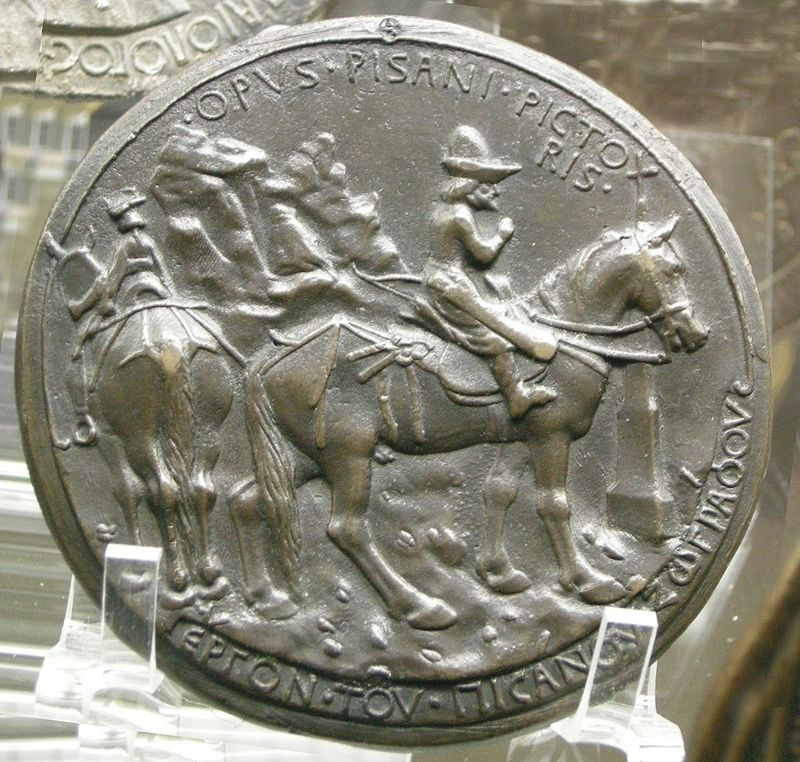 So, it seems either term would be appropriate, it is an imperial hat, and it provides shade.

Not the answer you're looking for? Browse other questions tagged byzantine-empire or ask your own question.