What are the olive presses referred to in Gregory S. Aldrete's History of the Ancient World A Global Perspective? It mentions olive presses in North Africa that look so much like Stonehenge they were mistaken for religous structures.

Why would a pillar of an olive press need to be 10 feet high?

He's probably talking about structures like this one at Senam Semana in Roman Tripolitania: 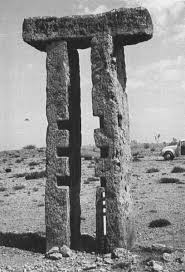 You can see the superficial resemblance to the Stonehenge trilithons: 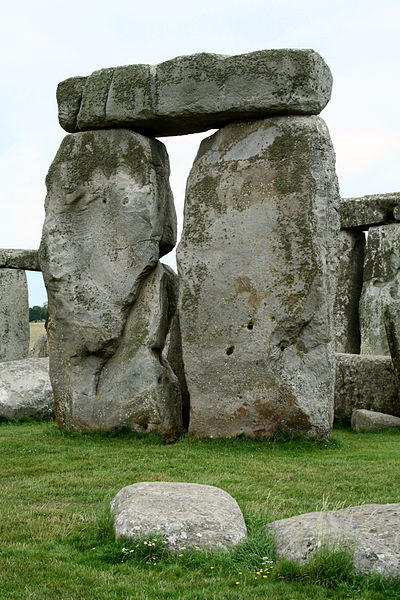 So it is, perhaps, understandable that nineteenth-century travellers in north‐west Libya took them to be prehistoric megaliths and assumed they were of ritual significance.

An extensive study was carried out by H. S Cowper and published as The Hill Of The Graces in 1897. This includes descriptions and photographs of many of these structures.

A possible reconstruction of one of these presses is shown in figure 17 of An Archaeological and Historical Guide to the pre-Islamic Antiquities of Tripolitania by D.E.L. Haynes: 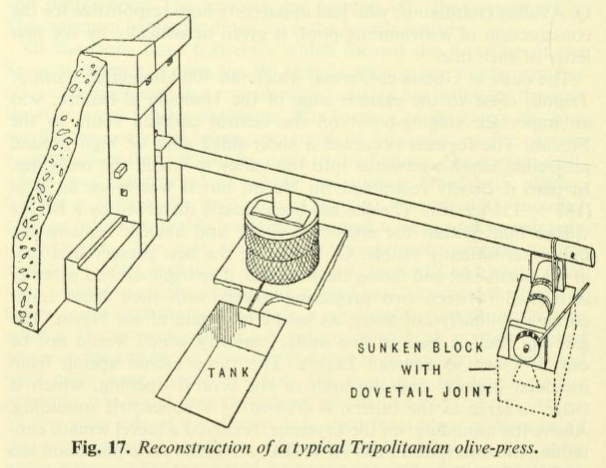 He describes the presses thus:

"The olives were placed in a perforated container on a stone slab draining into an adjacent tank. On top of them rested a plunger attached to a long wooden lever, the butt end of which was held down by a wooden bar secured in holes or slots between two massive pillars of stone. The free end of the lever was then drawn down by a windlass or pulley anchored to a heavy block of stone sunk in the ground. The two pillars, which usually constitute the most conspicuous remains of a press, were ten or more feet high, and might be either monolithic or composed of several blocks. They were set close together on a single base and joined across the top by a stone lintel, on which other blocks were often placed to add to the weight..."

The function and operation of the presses is discussed in D.J Mattingley's Megalithic madness and measurement. Or how many olives could an olive press press?, published in the Oxford Journal of Archaeology (Volume 7, Issue 2, July 1988, pp 177-195)

Not the answer you're looking for? Browse other questions tagged ancient-rome north-africa roman or ask your own question.

23
What did an ancient Roman certificate of land ownership look like; or, what did it consist of?
3
What did Ostian script look like?
4
Did Ancient Romans use metal thimbles? What were they like?
20
How did Christianity replace Roman Paganism and other ancient religions?
18
What would the Arch of Titus have looked like painted?
16
What is meaning of 4 letter abbreviations in Roman names like Titus Flavius T. f. T. n. Sabinus?
5
What did the battle order of a deployed Roman legion look like?