Manufactured goods in early California had to be imported. In 1842 the prominent merchant Thomas Larkin wrote to John Paty in Hawaii: "Sir, I wish you would purchase in Oahu for me the following articles and I will pay you the cost and fifty pr cent on the same, I paying here also all duties you may pay." His requests included nails, round iron, candles, wallpaper, moulding planes, padlocks, trunks, and a "Set of Signs (handsome) for ball room". [Larkin Papers I:207]

Larkin, originally from New England, had already built the fanciest house yet seen in California. I'm guessing the signage was part of an Anglo-American tradition that he knew and brought to California from the East Coast. That the signs would be available in Hawaii suggest they were not uncommon.

trade california consumer-goods
Share
Improve this question
edited May 20 '19 at 19:19

Looking at events called "ball" as described by the locals, roughly at the time: 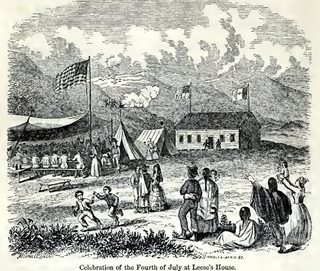 While Mr. Leese was erecting his mansion, which seems to have been rather a grand structure, being made of frame, sixty feet long and twenty-five feet broad, Captain Kichardson was kindly proceeding across the bay to Sonoma, where he invited all the principal folks of the quarter to a banquet in the new building. Two events—each great in their way—were to be celebrated:
first, Independence Day, and next, the arrival of Mr. Leese in the country, his welcome and house-warming. The two worthy souls, cordially fraternizing, were determined to make a great affair of it ; and so indeed it happened. As it was the first grand scene in the future San Francisco, where there have since been so many, we are tempted to dwell a little on the eventful occasion. Future generations will pleasantly reflect on this auspicious commencement to the pride of the Pacific, then like a new-born infant cradled by its tender parents, Capt. Kichardson and Mr. Leese, and tricked out in all the magnificence of an heir's baby clothes.

First of all was given the union of the Mexican and American flags. (How little did the convivial parties then dream of the near advent of the sole and absolute sway of the Americans in the country!) General Vallejo next paid the honors to Washington. Then followed appropriate national and individual toasts in their order ; but which it is needless to particularize. The guests were as happy as mortals could well be and, in short, "all went merry as a marriage; bell." The abundance and variety of liquors at table seemed to tickle the Californians amazingly. One worthy gentleman took a prodigious fancy to lemon syrup, a tumbler full of which he would quaff to every toast. This soon made him sick, and sent him off with a colic which was all matter of mirth to his "jolly companions, every one." At ten o'clock our "city fathers" got the table cleared for further action, and dancing and other amusements then commenced. The ball was kept hot and rolling incessantly, all that night, and it appears, too, the following day for, as Mr. Leese naively observes, in his interesting; and amusing diary, "our fourth ended on the evening of the fifth" Many of the simple-minded Indians and such lower class white people as were not invited, had gathered around while the festivities and sports were going on among the people of quality, and could not contain themselves for joy, but continually exclaimed, "Que buenos son los Americanos!" ––What capital fellows these Americans are ! And doubtless the white gentry thought, and often said the same." (p170–172)

Frank Soulé, John H. Gihon, M.D., and James Nisbet: "The annals of San Francisco; containing a summary of the history of the first discovery, settlement, progress and present condition of California, and a complete history of all the important events connected with its great city: to which are added, biographical memoirs of some prominent citizens", New York : D. Appleton., 1855 (archive.org)

As this Mr Leese and his "mansion" illustrate a bit the conditions a few years before Larkin ordered handsome ball room signs and handsome paper for a room, it looks as if the signs are not intended for interior decoration, unlike the wallpaper.

The signs seem to intended for outdoor marketing, a simple but nice looking shop sign. 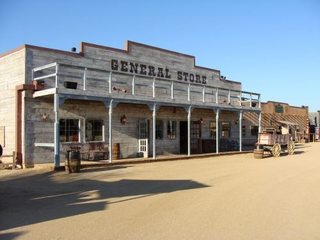 Or more to the point: 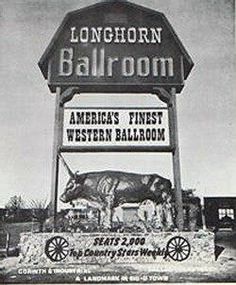 But since we look for 'handsome', perhaps a little less rustic: 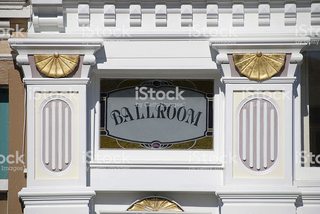 That is just circumstantial, and thus just guessing, but now this looks pretty much like quite ordinary shop signage of slightly elevated quality: "Ballroom here" (ie, wanna dance, come here, our wallpaper is also handsome). What still puzzles is how crude locally available signs must have been; or how good Hawaiian artists/materials? Ultimately I conclude that ballrooms did not require such signs, but that they were nice to have to show that the building that had them was a dedicated, 'proper' establishment.

Not the answer you're looking for? Browse other questions tagged trade california consumer-goods or ask your own question.

3
Why is physical skeuomorphism so prevalent and when did it become popular?
17
When did it become common for optical brighteners to be added to commercial laundry detergent?
5
What is the Balboa Park in San Francisco named after?
12
At the time of Sputnik, what kind of radios were common in the Soviet Union?
4
Which trade ship did not return to California from China?
2
What did Dr. Peter Smith do with his windfall?